Thursday, July 7
You are at:Home»Features»Role of the media in preventing suicide 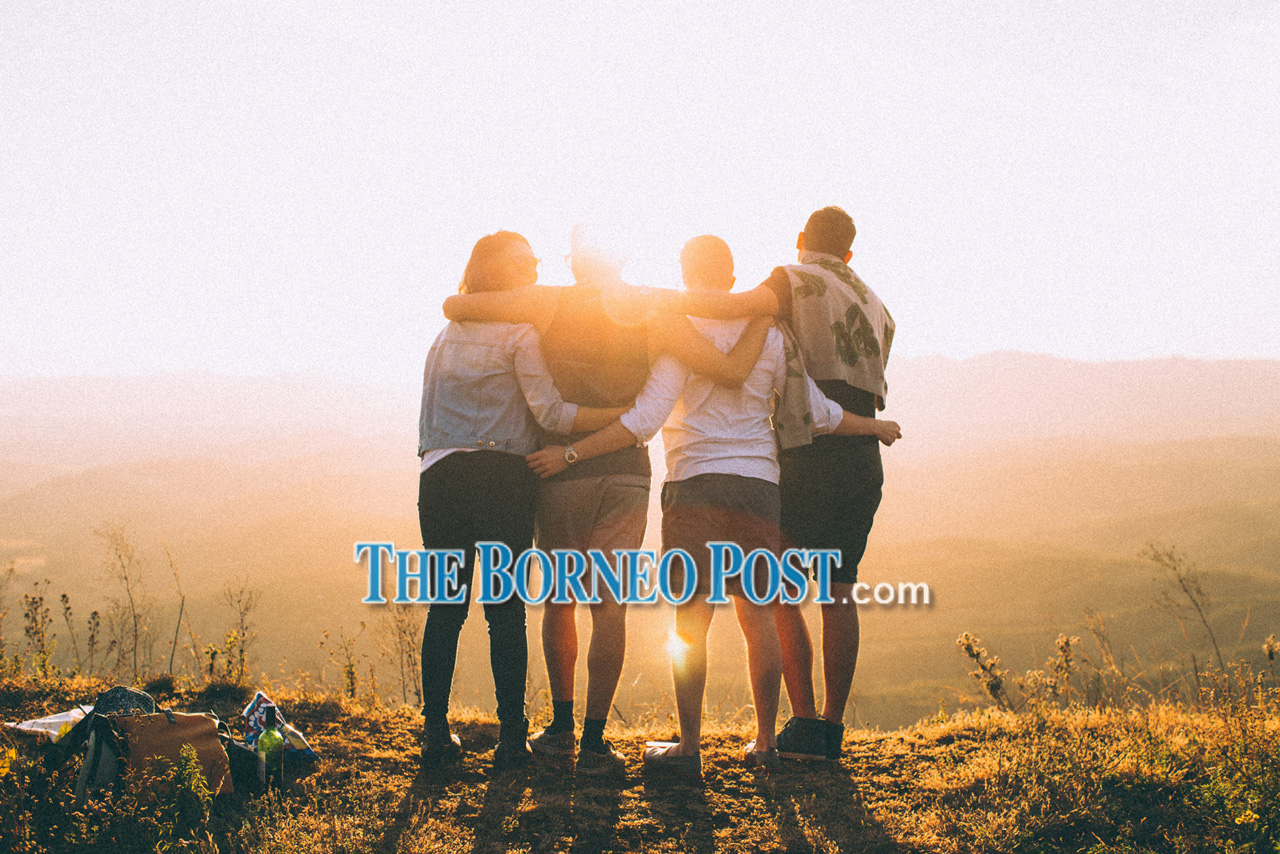 Encourage those needing help to get involved in activities and surround them with positivity.

THERE is still a lot of stigma surrounding mental health.

The tendency to stereotype people with mental illnesses runs deep but seeking help isn’t a sign of weakness but strength because not everyone dares to do it for fear of ridicule.

According to the World Health Organisation (WHO), every 40 seconds, a person dies from suicide around the world.

According to the police, 1,696 people committed suicide in Malaysia while 625 people attempted suicide between 2014 and February 2018.

The numbers may not reflect the actual situation since mental illnesses are said to cause the second-most deaths among Malaysians after heart disease.

This can be prevented if we notice and act on signs of depression and suicidal behaviour among family members or friends.

How can the media help prevent suicides? 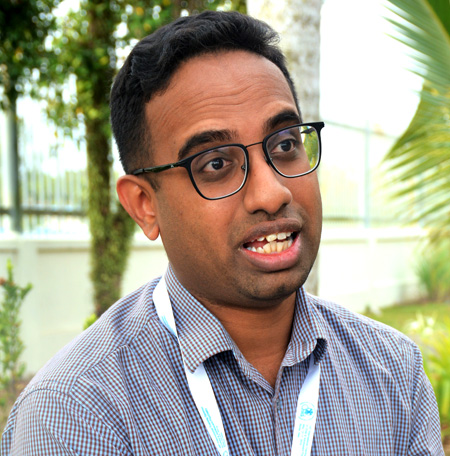 thesundaypost spoke to Dr Ravivarma Rao Panirselvam, a mental health professional and suicide prevention advocate at Miri Hospital, recently to seek his views on the issue.

“Many may not realise reading about suicide might or might not make a person vulnerable to suicide. After all, it’s just news about a person who has ended his or her life through some way and for some reason. Sounds pretty normal for news,” he said.

However, he also mentioned the Papageno Effect, which the mass media could have on the public by presenting non-suicide alternatives to crises.

It’s named after a lovelorn character, Papageno, from the 18th century opera – ‘The Magic Flute’. Papageno was contemplating suicide until the other characters showed him a different way to solve his problem.

The Centre for Suicide Prevention Research, University of Hong Kong – in its recommendations on suicide reporting and online information dissemination to media professionals – noted that appropriate media coverage could enhance public awareness of suicide prevention and facilitate proper allocation of social resources whereas inappropriate coverage, involving a new suicide method, could lead to a ‘copycat’ effect among vulnerable groups.

Dr Ravi believes the public needs to be educated on mental health and suicide prevention.

“Everyone has to practise self-care in the community of media professionals.

“The concern is someone who is suicidal may become distressed by the nature of what is written or learn a suicide method from it.

“Suicides need to be reported and what the recommendations convey is that there’re responsible and helpful ways of doing so that  minimise risk.”

If someone is going to attempt suicide, can media reporting change his or her mind? 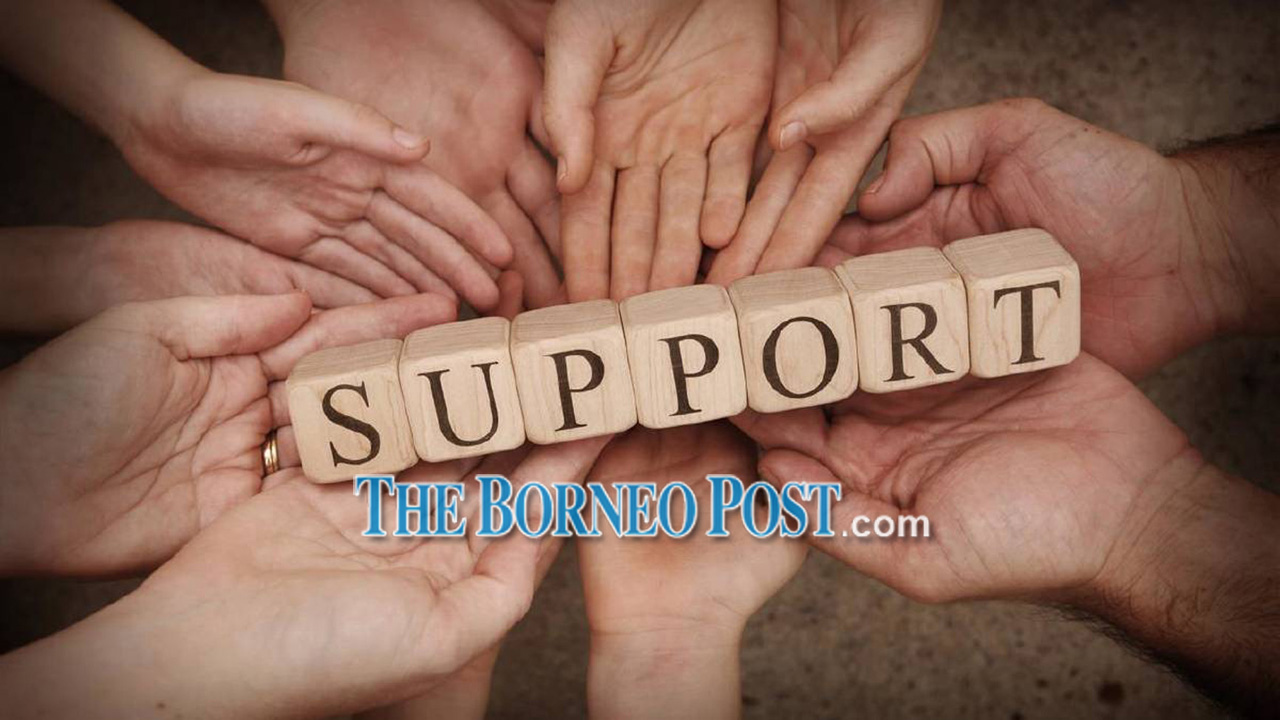 Support those who seem sad or depressed. You can save a life.

According to Dr Ravi, most people who consider suicide are ambivalent.

“Suicide ideation is often intermittent. Sometimes, people aren’t sure they want to die and could be discontent with reality.

“Some people with suicide ideation are aware of the need to get help and want to be helped. Interventions such as counselling or even just active listening, can potentially provide effective and timely support for those in despair and alter suicidal thoughts.”

If the media stop reporting about specific methods of suicide, will not those who experience suicide ideations just find another way to kill themselves?

Dr Ravi said there had been researched evidence, indicating adhering to media recommendations had an impact on the overall suicide rate, not just the prevalence of use of a specific method.

“For example, the overall suicide rate in Vienna decreased steadily after the promulgation of recommendations which dramatically stopped the reporting of subway suicides.

“While the sharpest decrease is for subway suicides, there is no increase in other methods of suicide, indicating no shift of method.”

Will the recommendations conflict with press freedom?

Dr Ravi believed freedom of the press was based on the public interest, saying while having their freedom, the media should be responsible to the public and minimise harm in their line of work as stated in the Code of Ethics by the Society of Professional Journalists.

“When research indicates media coverage of suicide may exert adverse impacts on some readers, the media should pay special attention to the issue.

“The press should report in the interest of the public rather than what is perceived as public interest.”

Nowadays more people get news online than from newspapers. Is it meaningless to follow these guidelines?

Dr Ravi said the internet could spread messages rapidly and suicide news published online was mainly cited from the local press, adding that if the practice of reporting were improved, the representation of suicide prevention on the web would also be enhanced.

Why should the media bear the burden?

According to Dr Ravi, the causes of suicide are complicated and never result from a single factor. Therefore, the responsibility never lies with any one single party.

Suicide prevention is the responsibility of everyone across society, healthcare, social work, and the general public.

Again, when research indicates that media coverage of suicide may exert adverse impacts on some readers, the media should pay special attention to the issue.

The World Health Organisation underpins the importance of interaction with the media, including media reporting as a part of national strategies for suicide prevention.

Dr Ravi explained, “In the days, weeks, and months following a suicide, the bereaved are at a much higher risk of suicide themselves. So we would recommend reporting of suicide be supportive and minimising harm.”

On responsible reporting about suicide, WHO recommends providing accurate information on where to seek help and educating the public about the facts of suicide and suicide prevention without spreading myths.

“Write about how to cope with life stressors or suicidal thoughts and include information on how and where to get help.

“Don’t splash stories on suicide in newspapers and on websites and don’t unduly repeat stories about suicide or use sensational headlines or language which sensationalises or normalises suicide or presents it as a constructive solution to problems.

“Don’t explicitly describe the method used or provide details about the location or use photographs, video footage, or social media links that relate to the circumstances of the suicide and be careful with the language used.”

WHO recommends using ‘die by suicide’ or ‘take one’s life’ but not ‘commit suicide’ or ‘complete suicide’ as this implies criminality or success respectively.

Dr Ann Luce, a principal academic in journalism and communication, has worked with Dr Sallyanne Duncan from the University of Strathclyde to create the Responsible Suicide Reporting Model which a framework for responsible reporting of suicide.

Reporters and editors can ask themselves six questions before publishing a suicide story:

Suicide remains one of the top 10 causes of death in the world and is the second leading cause of death among young people aged 15 to 29, and rising at alarming rates in some parts of the world.

Suicidal behaviour is also reported to be rising among young people in Malaysia.

Occasional emotional distress is normal in adolescence but for some young people, it can become long-lasting or overwhelming and lead to difficulty in everyday functioning and some cases, suicide.

Being at work can be good for mental health but a negative working environment or work-related stress can lead to physical and mental health problems.

Employers and managers should put in place measures to promote the good mental health of their employees in the workplace and to have a plan for supporting colleagues who may be at risk of suicide.

Mental health has been neglected for too long and we’re too afraid to address the issue. We need more investment in health services to reduce the stigma of seeking help and everyone must bear in mind that to even seek help is brave. Branding strength to get better as ‘crazy’ is unhelpful.

Suicides are preventable. There are various ways to seek help. The simplest is to go to the nearest clinic to talk to a professional and be referred to specialist mental health service.

In a crisis, don’t wait nor hesitate to rush to the nearest emergency services.

Another way to seek help is through Befrienders, a not-for-profit organisation providing emotional support to people who are lonely, in distress and despair, and having suicidal thoughts. It’s free and just a phone call away (Kuala Lumpur line available 24/7: 03-7956 8145).

Countless reasons lead one to think about suicide – bullying, stress, interpersonal issues, financial burden, loneliness, and so on. Some may look happy on the outside but are battling with their own emotions on the inside.

So be wary, ask if they’re okay. If they seem okay but your gut feeling says they are not, probe deeper while being a good listener, and don’t leave their side because they want to be helped and your presence means a lot to them.