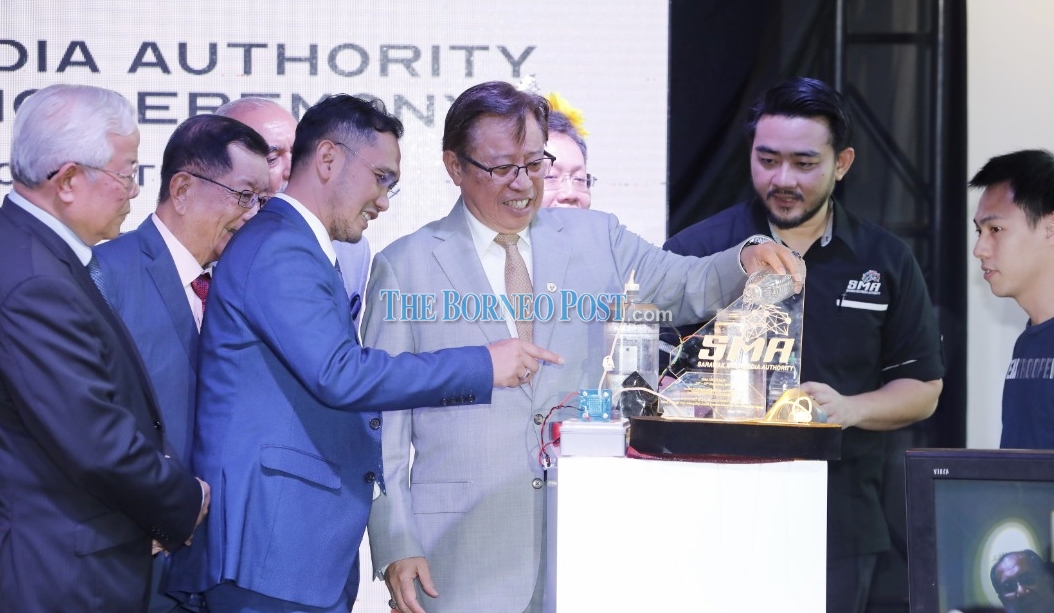 Abang Johari (fourth left) pours water into the mini hydrogen generator to carry out the launch gimmick of the SMA new office opening. Photo by Chimon Upon

KUCHING: Two international hospitals are planning to set up shop in Sarawak soon.

Chief Minister Datuk Patinggi Abang Johari Tun Openg revealed that the building of the two international hospitals have been approved by the state government and would be established in Kuching here.

“One for (specialising in) cancer and the other one for heart and other new diseases. Meaning our medical tourism will be there,” he said.

He was speaking during the opening ceremony of the Sarawak Multimedia Authority (SMA) at its just-completed office at the Yayasan Sarawak building this morning.

When queried by reporters, Abang Johari said he could not reveal any more details at this time as negotiations were still underway.

Earlier in his speech, Abang Johari said the state government has been working to attract tech companies to invest in the state to boost its digital economy initiative while leapfrogging to Industrial Revolution 4.0.

At the same time, he said these tech companies would also help contribute their expertise in upgrading the state’s digital infrastructure.

He said he was pleased that companies such as Huawei responded to the call by the state government even at their own cost, because they realised the potential in the Asean market.