Wednesday, January 22
You are at:Home»News»Sarawak»Kuching to host major Asian events in 2023 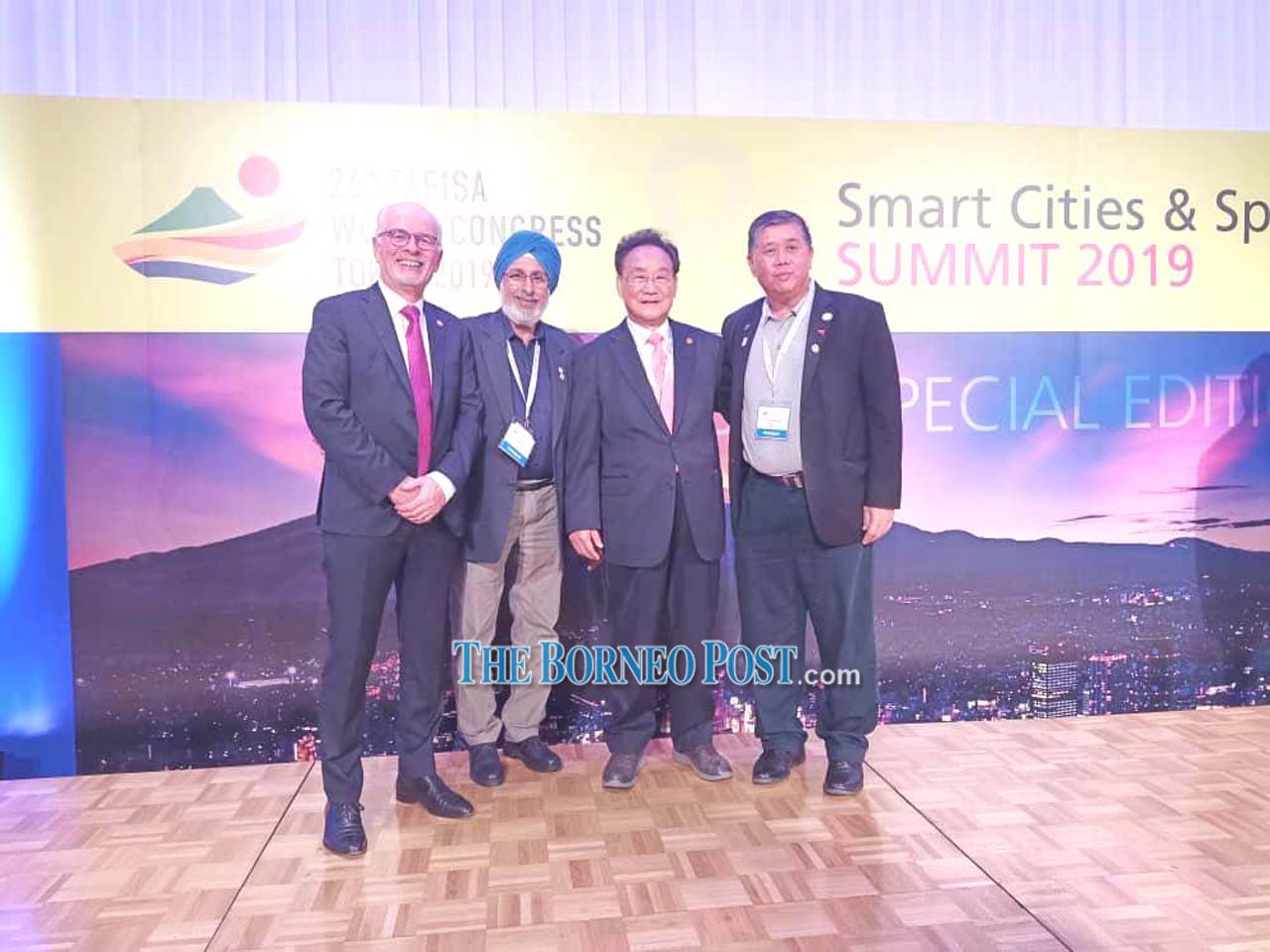 KUCHING: Sarawak is set to host the inaugural Tafisa-Asia Sport for All Games 2023 and the Asian Mayors Summit on Active Living 2023.

This was announced by Sarawak Sports Corporation (SSC) chief executive officer Dr Ong Kong Swee, who was in Tokyo, Japan recently for the bidding process, which was also supported by the Malaysia Association of Sports For All (Masfa).

Around 1,500 delegates from 100 cities across Asia are expected to participate in this international event.

“It is an honour for us to become host for these two international events,” said Ong, who presented the bidding papers together with Masfa deputy president Datuk Sarjit Singh Sekhon.

There were four cities that submitted their bids for these events – namely Dusseldorf of Germany, Arusha of Tanzania, Port Louis of Mauritius, and Kuching, Sarawak, Malaysia.

However, after the final dateline, only the bids submitted by Kuching and Dusseldorf were received.

At the Tokyo Congress, both cities were given the opportunity to submit their bids where the votes were cast by the 650 delegates from 78 countries.

The Association for International Sport for All (Tafisa) president Prof Dr Ju Ho Chang and Tafisa Board had decided that each city would be given an international event.

After consultation of both parties, Dusseldorf was accorded the 2023 Tafisa Congress, while Kuching was accorded the inaugural Tafisa-Asia Sport for All Games 2023 and Asian Mayors Summit on Active Living 2023.

According to Ong, Masfa and SSC are awaiting the official award letter and list of supporting events from the Tafisa Secretariat in Frankfurt, Germany.

The Tafisa-Asian Sports for All Games and Asian Mayors Summit were conceived during the last Asia Sports For All Association (ASFAA) board meeting held in Ulsan, South Korea last year.