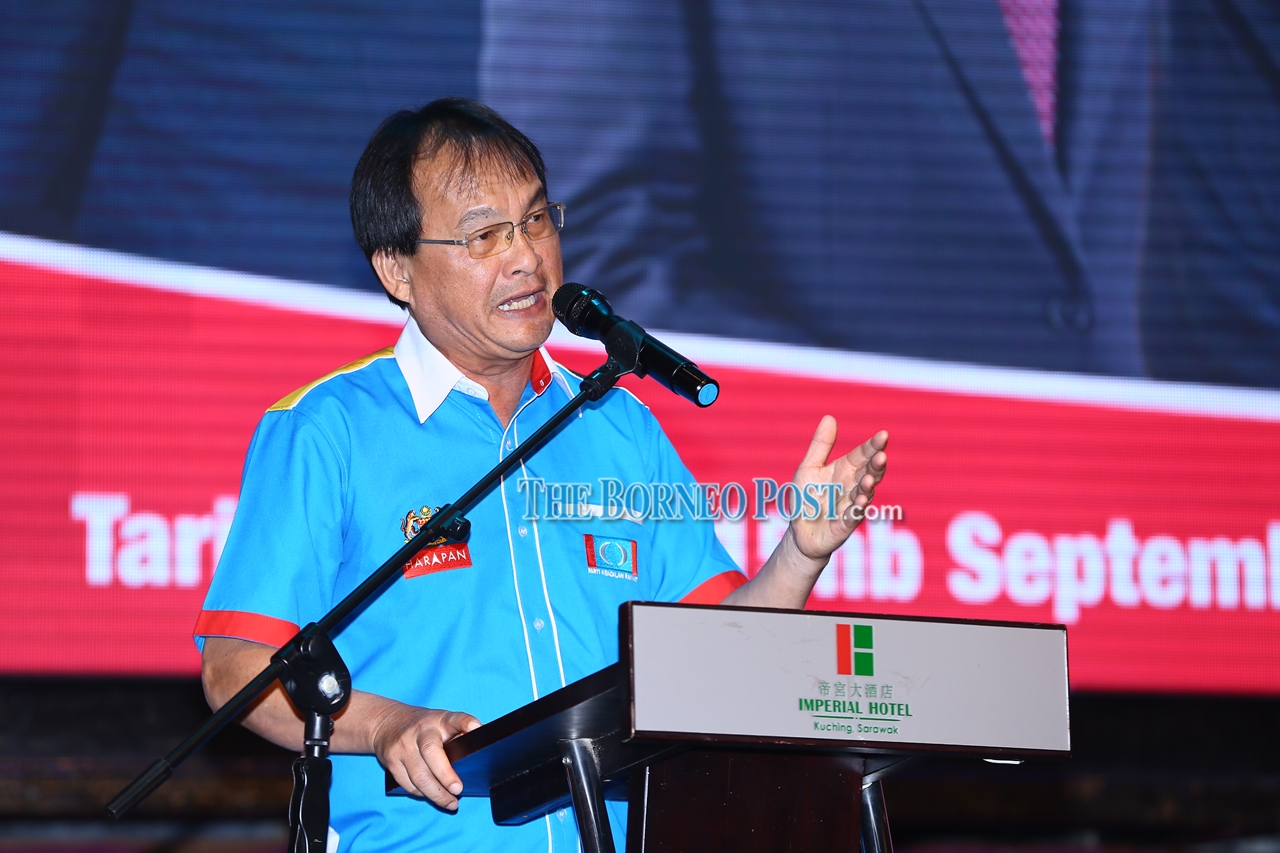 KUCHING: PKR Selangau chief Joshua Jabeng has denied that a petition will be submitted to party president Datuk Seri Anwar Ibrahim to demand Baru Bian’s ouster as state chief during the state convention this weekend.

Although he maintained that 18 of the party’s 31 branches in the state wanted Baru to give up the chairmanship, he denied that there was a plan to submit a petition.

“Saturday is purely convention – last leg of Jelajah President (PKR president roadshow). It will also (be a forum) to launch election drive of PKR Sarawak,” he said when contacted.

Citing party sources, Chinese daily, See Hua Daily News, had reported last week that the petition against Baru had been launched with the plan to submit it to Anwar during the convention.

Several PKR leaders have denied the existence of a petition.

Last night, Joshua dropped a bombshell when he claimed that 18 branches wanted Baru to step down after he and members of the PKR state leadership council (MPN) scrapped the state convention this Saturday in Miri.

He also said that it would be a good move for Baru to vacate the post to enable him to focus on his responsibilities as Works Minister. Baru is also Ba’kelalan assemblyman and Selangau MP.

Joshua declined to name the 18 branches when contacted today, saying that they will be revealed at the appropriate time.

“We’ll do that later when the time comes. Not the right time,” he said.

Baru has called a press conference in Putrajaya this afternoon where he is expected to address the issue.

Last Friday, the MPN called off the state convention in protest of the move to stop the party’s deputy president Datuk Seri Mohamed Azmin Ali from officiating at the Angkatan Muda Keadilan (AMK) National Convention, the party’s Youth congress in Melaka.

In a joint statement, the state MPN said they were dismayed and disturbed that Azmin’s invitation to officiate at the youth convention was rescinded by the AMK National wing leader and all the AMK state chiefs unilaterally.

“MPN Sarawak calls on Keadilan’s top leadership to avert a party crisis immediately. Until and unless it is resolved satisfactorily and democratic principles are restored and honoured within the party, the Keadilan Sarawak Convention slated for the 23rd of November in Miri, Sarawak is cancelled,” said the statement.