Tuesday, January 28
You are at:Home»News»Nation»Schools to receive list of jobs at risk of becoming irrelevant 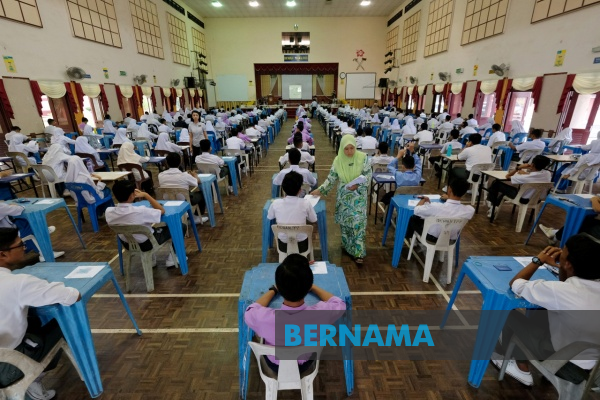 Many teachers are confused about occupations which may no longer be relevant or may no longer exist in the next three to five years, according to the Human Resources Ministry. Bernama Photo

PUTRAJAYA: Schools will be supplied with a list of jobs at risk of becoming irrelevant in the future, to serve as a guide for students on courses to avoid when deciding on tertiary level studies, said Human Resources Minister M. Kula Segaran.

“I have spoken to more than 400 teachers and the majority of them are confused about occupations which may no longer be relevant or may no longer exist in the next three to five years,” he said, explaining that this was why the ministry had come up with the list, to be distributed to schools by the end of December, at the latest.

The list has been prepared with the support of the World Bank, International Labour Organization (ILO), Institute of Labour Market Information and Analysis (ILMIA) and Talent Corp (an agency under the Ministry of Human Resources).

The minister added that with the advent of IR 4.0 (fourth industrial revolution), there was a possibility that 30 per cent of existing jobs will no longer be relevant in the future.

He was speaking to reporters after the Anugerah Tangan Emas Perdana Menteri 2019 (the highest skills award introduced in 1991) ceremony here today – this year’s award went to Juvert Soii from Institut Kemahiran Mara in Kota Kinabalu, Sabah.

The student of vehicle body repair technology, took home a cash prize of RM10,000 and a trophy. – Bernama