Saturday, August 15
You are at:Home»News»Nation»Denying Anwar from becoming PM will be costly mistake — Anak Negeri 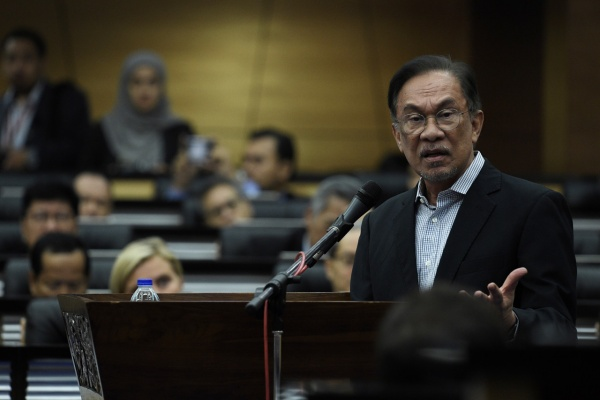 KOTA KINABALU: It would be a strategic and costly mistake for Pakatan Harapan if PKR President Datuk Seri Anwar Ibrahim were to be denied his right to become the Prime Minister after Tun Dr Mahathir Mohamad step down as agreed.

Parti Kerjasama Anak Negeri President Datuk Henrynus Amin said the perception of power struggle and political uncertainty are fueling street rumours of an imminent split inside Pakatan Harapan that would allow the back door return of Umno into the federal government.

Henrynus said the PH defeat in the Tanjung Piai parliamentary by-election last week was already a serious political setback for the PH leadership, and if attempt to derail the succession plan were to be allowed with impunity, the situation would surely turn into a political disaster for Pakatan Harapan.

He said Anak Negeri had consistently reiterated its stand before, during and after the last 14th general election that the party supported the PH electoral victory at federal level and welcomed the new dawn in Malaysian political history.

Anak Negeri is very concern about a disturbing report that a splinter group in PKR and  certain Umno members of parliament were being complicit to the conspiracy to stop Anwar from becoming the next prime minister.

“It is clear that Dr Mahathir is dangerously isolated and his ambigous stand on the issue of a timetable for the implementation of the succession plan may have backfired so spectacularly that it was no longer sustainable to keep the genie in the bottle,” he said.

He added no doubt the PH defeat at Tg Piai and the prospect of an open fight or serious split within PH is precipitating a political crisis within PH and setting the perfect conditions for a protracted political instability.

“Unless PH top leaders communicate their displeasure of the looming political crisis and stop the back door attempt to stop Anwar from becoming the next prime minister, PH could well go into the 15th General Election as a one-term federal government,” said Henrynus in a statement yesterday.