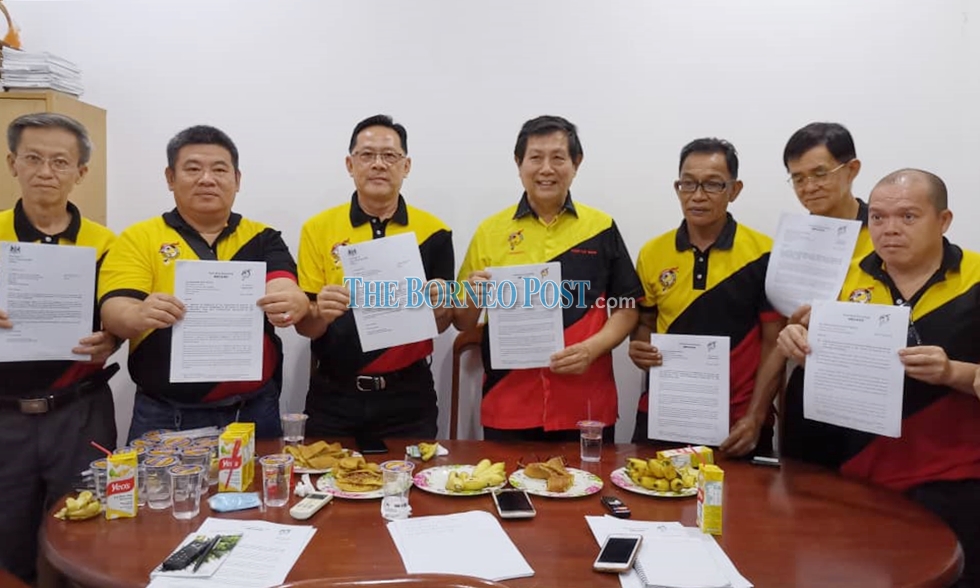 Voon (centre) with PBK members holding up copies of the letters during the press conference.

Its president Voon Lee Shan said the party and an association, which he declined to name, had conducted two queries that showed 96 per cent of the respondents “wanted Sarawak’s independence” while the chief minister had on several occasions made it clear that Sarawak was not seeking to exit Malaysia.

Voon said PBK conducted the query on Facebook, where 3,000 to 4,000 social media users had responded by saying that they were in favour of Sarawak seeking independence.

He added that he had no clue how and where the association had conducted the other query.

“96 per cent of those involved in the queries agreed to independence. If a referendum (presently not provided under the Constitution) is held tomorrow, the people in urban and suburban areas would say ‘Yes’ to independence,” he told a press conference at his legal firm in Saradise here.

He said he had also written to the UK government regarding the same subject matter.

He said he had received a favourable response from the UK government following the letter, dated Sept 19, 2019, he sent.

He then read out excerpts of the reply dated Oct 11, 2019 from the UK government: “The UK continues to monitor human rights issues and the internal politics or Malaysia, alongside our likeminded partners the EU, the USA and other foreign missions in Kuala Lumpur, and to raise our concerns as appropriate.”

“The reply from the UK government also says that they follow developments in East Malaysia closely and speak regularly with the Malaysian government and civil society on a range of issues, including human rights,” added Voon.

After sending the letter to the prime minister, he said he would also write to the chief minister with regards to the same matter.

“He (the chief minister) alone spoke (that Sarawak would stay in Malaysia), how about the rest?” said Voon.