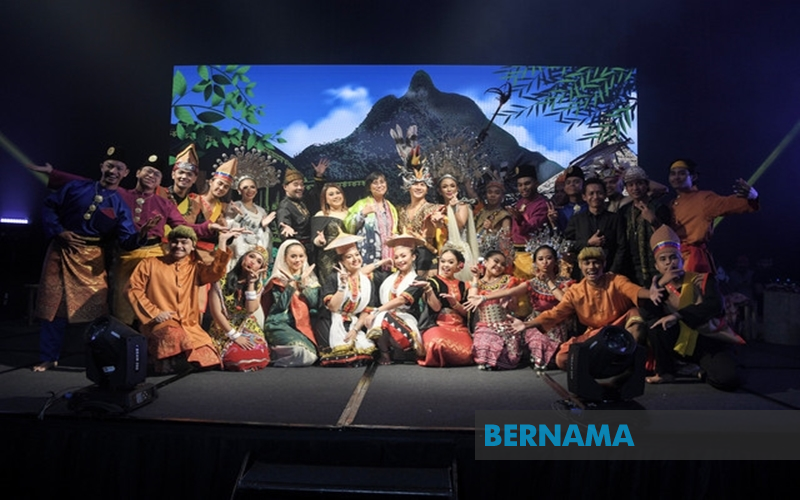 Sarawak Tourism Board has decided to turn the legend of Princess Santubong into a theatre performance,

KUALA LUMPUR: Visitors to Sarawak will be familiar with the state’s famous products like layered cake, batik or even the sound of the sape and perhaps not so well known is the legend of Princess Santubong which has potential material to promote tourism in the state.

When presented in a play and dance, the mystical tale is such a compelling story which captivated the hearts of the audience.

Sarawak Tourism Board chief executive officer, Sharzede Datu Salleh Askor said the board has decided to turn the story Sarawakians would love to tell visitors into a theatre performance, to give an emotional aspect for tourists to take back home for a long time.

“There are mystical elements in the Princess Santubong legend which is filled with lessons to draw tourists to visit the mountain, not far from Kuching,” he told reporters after a presentation of “The Enchantment of Santubong” here today.

The play is an effort to create a colourful experience for the audience with performers in dazzling traditional costumes dancing to the soulful plucking of the sape and it puts one truly in the mood for the Land of the Hornbills.

“Tonight we want the charms of Sarawak to be felt by more than 100 media practitioners and representatives of various agencies as the state is rich in stories and cultures which could be explored by writers.

“So apart from culture, food and handicraft, now visitors can explore the legends popular in the various parts of the state,” he said. – Bernama

Previous ArticleJapan grapples with serving Fukushima food at Olympics
Next Article Ministry to prosecute all cases of smuggling of subsidized, controlled goods