Tuesday, September 22
You are at:Home»News»CM to Forest Dept: Move beyond conventional royalty collection from logging activities 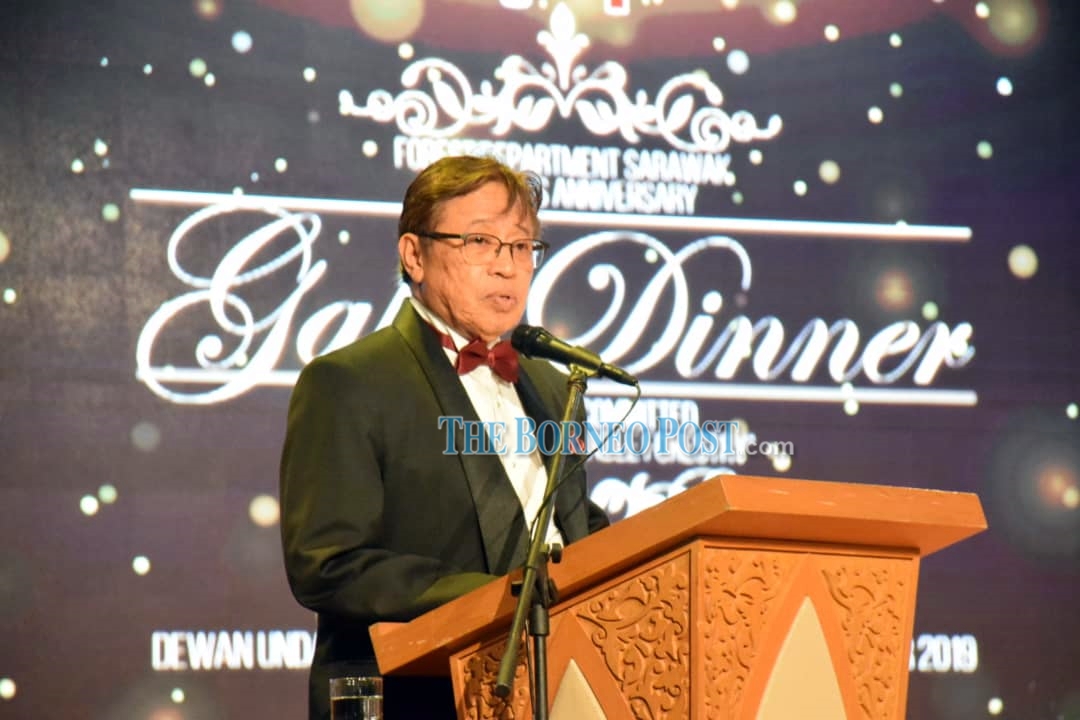 “Though Sarawak is now on a path of diversifying into new source of revenue, the contribution by Forest Department is still relevant as a major source of revenue to the state,” said Abang Johari.

He urged Sarawak Forest Department (SFD) to extract greater value from the state’s forests and move beyond the traditional and conventional royalty collection from logging activities.

To further spread the Sarawak Forest Department’s revenue to a wider spectrum apart from taxes and royalties collected, Abang Johari said a new source of forest revenue is in the midst of consultation with industry players, that is royalty on standing tree.

“There’s a lot of potential in the forests from the wider perspective and it does not even require the cutting of the trees,” he said at a gala dinner in conjunction of the 100th years anniversary of Sarawak Forest Department at State Legislative Assembly Complex last night.

Moreover, Abang Johari said the state government had signed a Memorandum of Understanding with Shell International on a carbon credit project as a new source of revenue from the state’s forests.

Carbon credit is a project that aims to reduce the emission of greenhouse gases into the atmosphere while promoting the use of renewable energy.

“Timber players too need to leverage on environmental friendly or green technologies to mitigate these environmental risks and to ensure ecological sustainability,” he said.

Meanwhile, Abang Johari hoped that Sarawak Forest Department will work closely with Natural Resources and Environment Board to safeguard the state’s environment integrity and forests’ sustainability, in view of the future physical developments that will take place in the state.

As the formal and informal forest sector employing over 50 million people worldwide together with 33 per cent of the world’s landmass still covered with forest, he said that forest plays a critical role in mitigating the often-talked-about climate change and improve the livelihood of the people.