Sunday, September 25
You are at:Home»News»Sabah»Serious attention to preparedness of security forces in Sabah 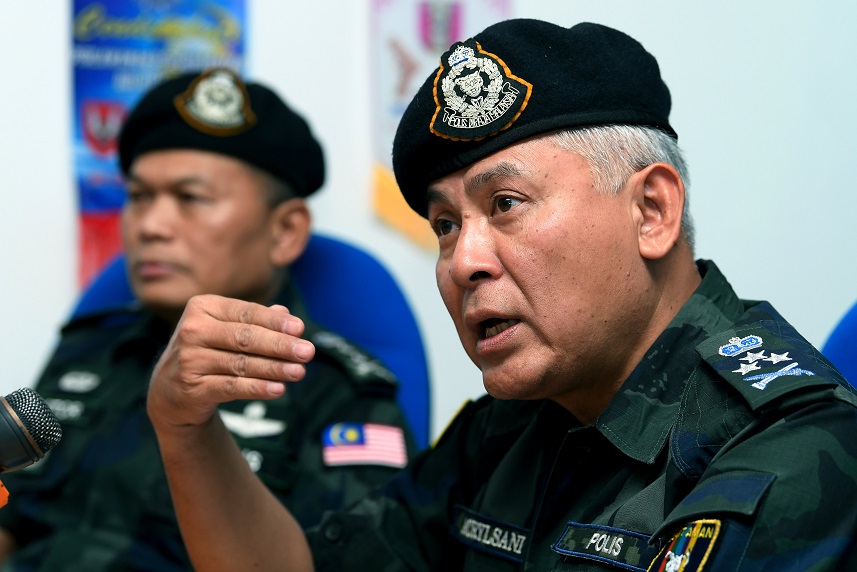 Acryl Sani speaking to media representatives during a working visit to the headquarters of the 20th Battalion of General Operations Force in Beluran yesterday. – Bernama photo

SANDAKAN: Police are paying serious attention to the level of preparedness of the security forces and the equipment used to maintain security in Sabah’s east coast.

Bukit Aman Internal Security and Public Order Department director Datuk Seri Acryl Sani Abdullah Sani said the level of preparedness in terms of strength and equipment should be placed at a high level in order to curb crime, especially in the east coast waters of the state.

“This will be the basis for us to apply to the government to improve the infrastructure and equipment provided to the personnel on duty.

“If we are careless or negligent, it will be a repeat of cases that happened before,” he told reporters after a visit to Beluran 20th Battalion General Operations Force (GOF) headquarters here yesterday.

Acryl Sani also emphasised that it was important to increase the number of GOF personnel in Sabah to ensure the smooth implementation of operations in the state.

To that end, he said the proposal to create another battalion with a strength of 600 officers and men in Kudat will increase the overall strength of the GOF in Sabah to over 3,000.

“Adding another battalion to the existing five in Sabah will be able to accommodate more than 1,400 km of the east coast of the state.

“We want our personnel to work comfortably and get enough rest between shifts. That’s why we need more battalions,” he said.

According to Acryl Sani, the addition of another battalion will also facilitate GOF’s tasks following the restructuring of  the Eastern Sabah Security Command (ESSCom), when several posts handled by the Malaysian Armed Forces in Sabah are expected to be handed over to the GOF.

Currently, the GOF controls 43 posts in Sabah, he said. – Bernama