Monday, May 25
You are at:Home»Features»Bright Musang King prospects for Sarawak 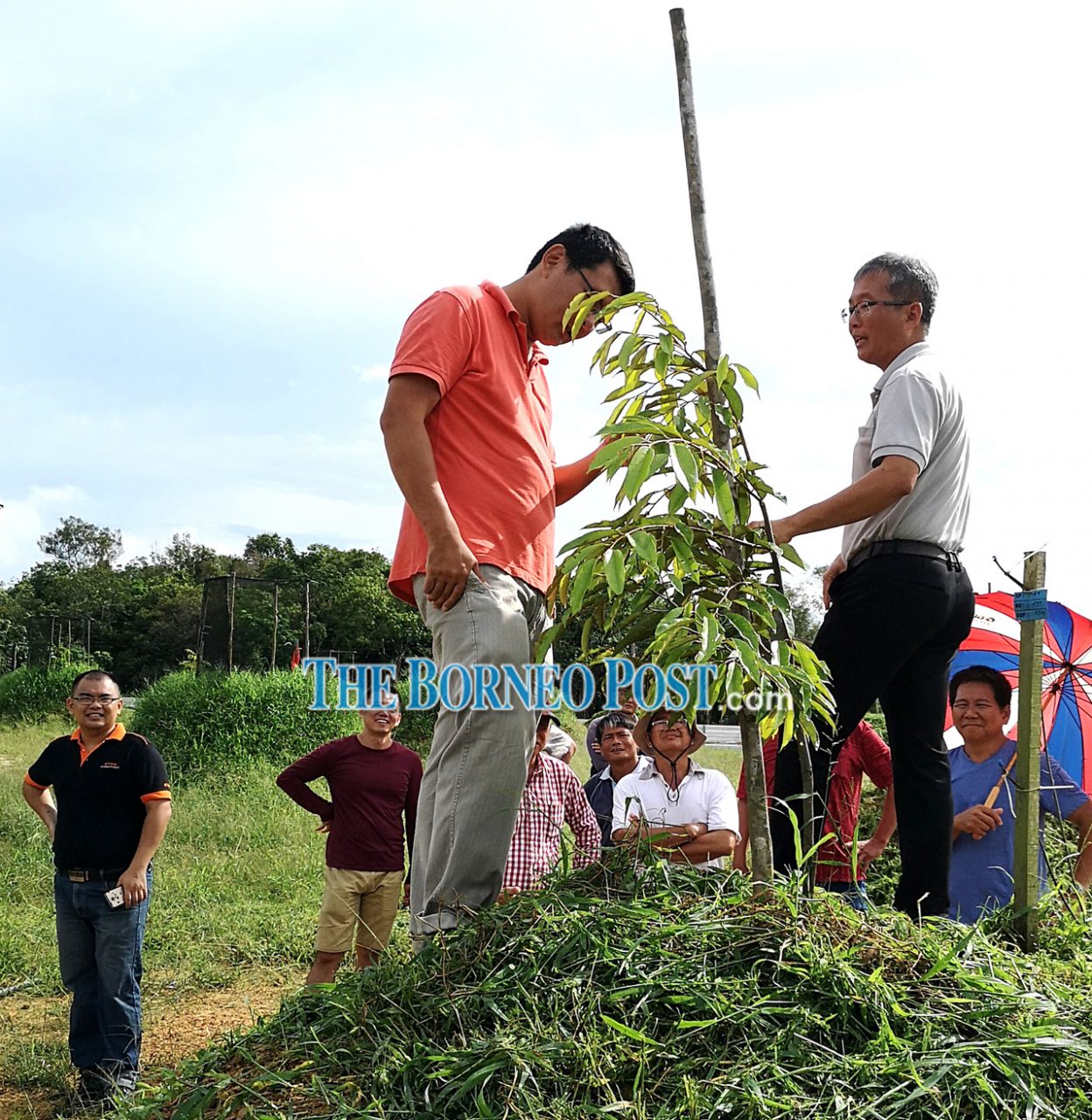 MALAYSIA is on a mission to ramp up its Musang King durian market share in China and Sarawak could become the biggest future producer of this highly sought-after species of the King of Fruit. 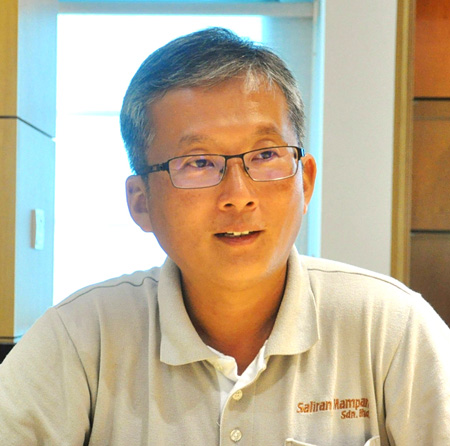 Durian expert Lim Chin Khee is optimistic about the prospect, given the availability of vast swaths of land in Sarawak.

“Right now, Malaysia is producing about 300,000 tonnes of all types of durian every year although for Musang King, we’re only exporting about 5,000 tonnes this year.

“The demand is more than that but presently, we can’t even meet 1 per cent of the demand from China. Actually, this is quite positive – still plenty of room for growth,” he said.

Malaysia began exporting whole durian fruits to China in June this year after the Chinese government allowed the import of frozen whole fruits.

According to Lim, the approval is a significant breakthrough for Malaysia as China, with a population of about 1.4 billion, takes up about 90 per cent of the total world export market.

“If we focus on China, it’s more than enough,” he said, adding that the future of Malaysia’s durian industry looks bright due to the demand from China.

To develop the industry, he now trains government agencies and the public sector on planting all types of durians, using new technology.

Lim, a Universiti Putra Malaysia (UPM) graduate and owner of a durian farm in Raub, Pahang, said planting durian is not simple but with the right method, it could be done successfully.

“It’s a long-term investment, so we need careful planning because a single mistake may result in huge losses,” he noted.

Lim said the traditional way of planting would yield results in five to eight years but with the correct method and technology, the trees could bear fruits between three and five years.

“You can avoid mistakes and cut production time with the right approach. Durian trees are easily infected by diseases and mistakes of neglect will cause the trees to die.” 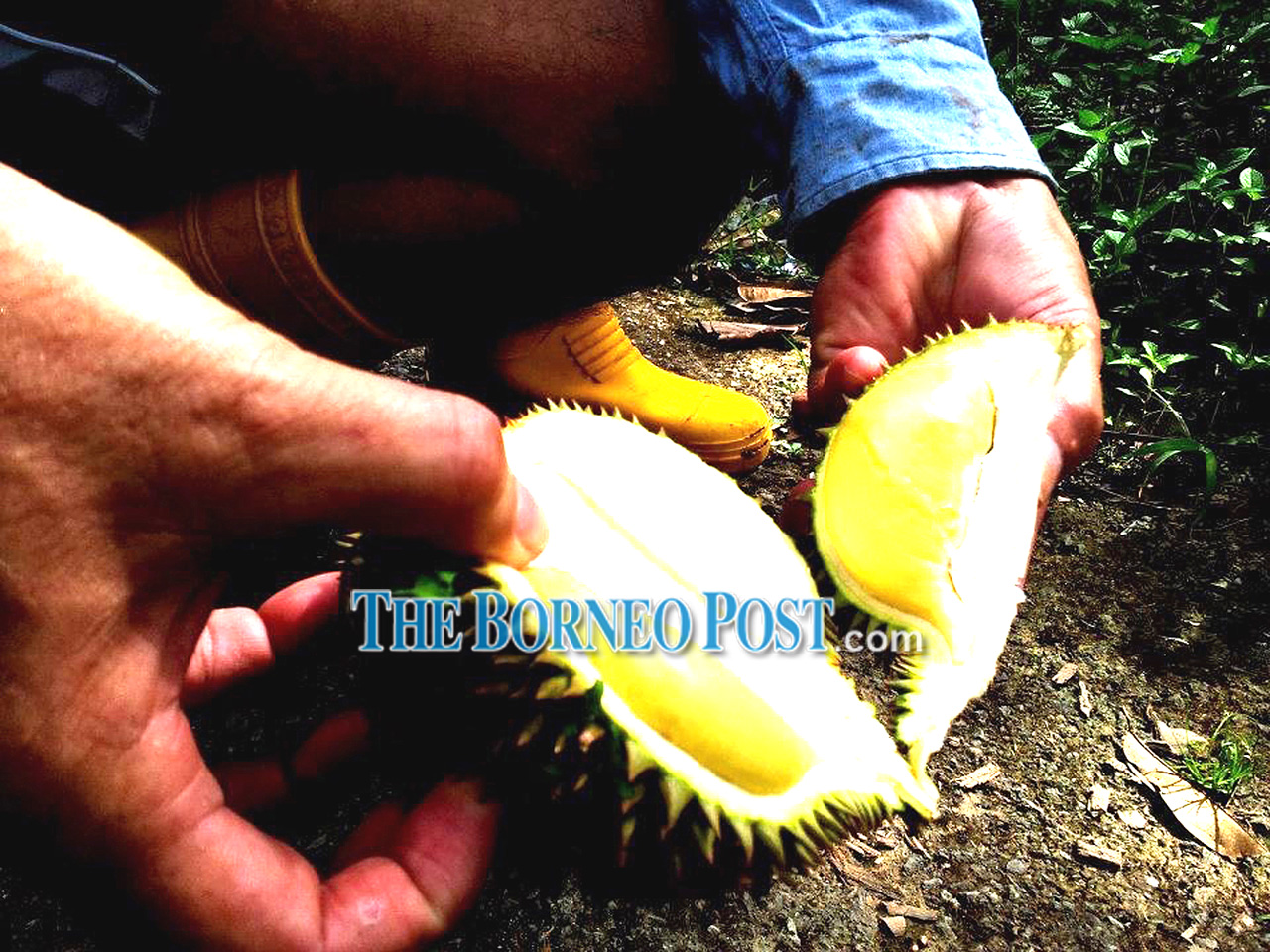 The durian industry started picking up momentum in Malaysia in the 1990s.

“Durians are sensitive to water. The plants cannot take in too much or too little water. So knowing what to do is essential to ensuring a healthy durian tree.”

Lim also advises farmers on the dos and don’ts of durian cultivation.

“For example, we know Malaysia is exposed to El Nino every 15 years. If farmers don’t prepare an adequate water source, the trees will be badly affected and die once the weather phenomenon strikes. Durian trees left dry more than 30 days will perish.”

Lim pointed out that the biggest mistake farmers made was to “dig a hole and plant” the tree, saying, “That’s why we’re introducing moulding technology, fertigation, and proper pruning.”

He described moulding technology as one of the most important aspects of durian cultivation as it protects the trees from diseases due to soil aeration. 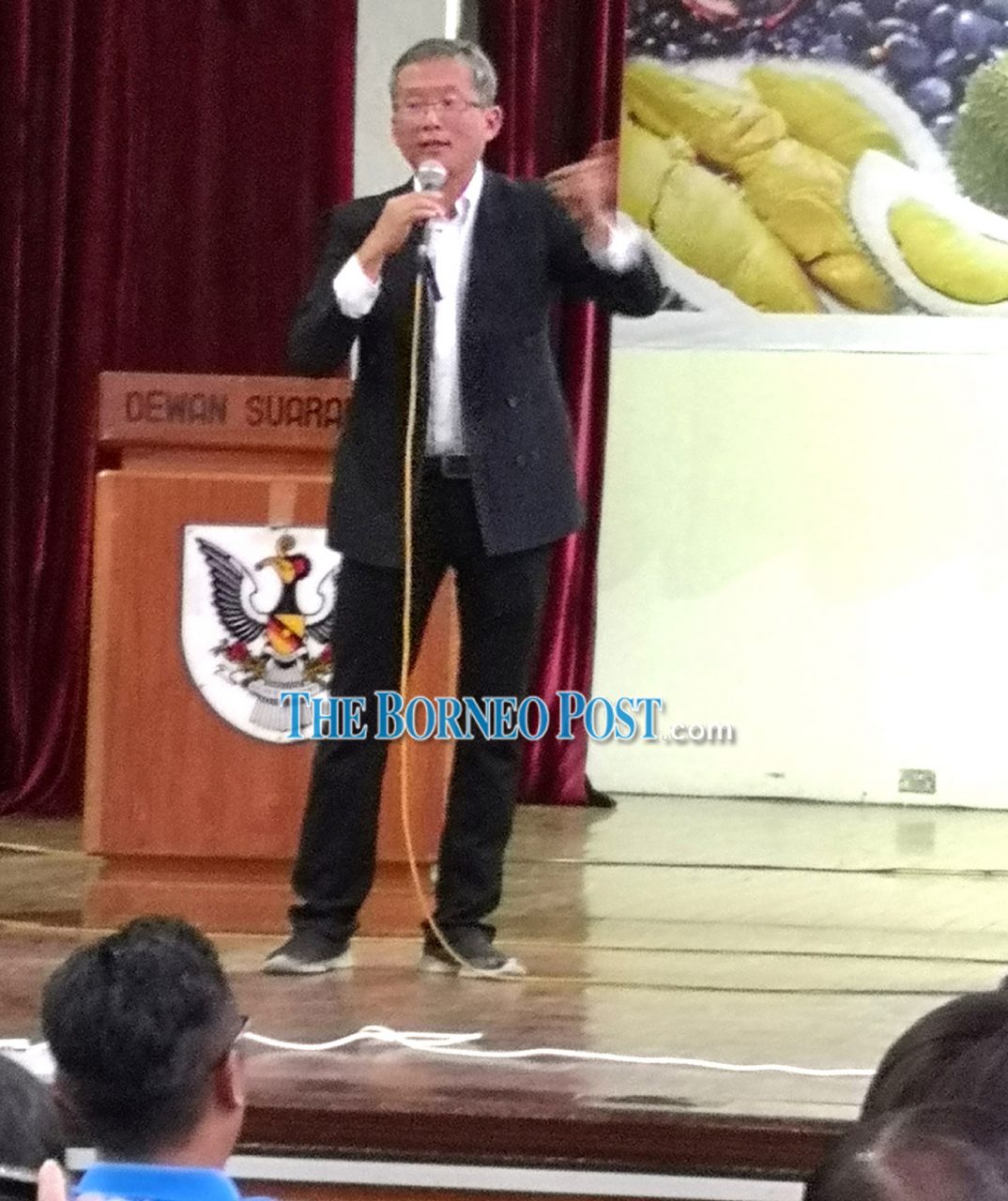 Lim said planting durian is considered a high-cost business venture as between RM3,000 and RM4,000 is invested in a single tree.

However, he pointed out that with proper techniques and care, the durian is not only one of the most sustainable and environmentally friendly crops but also one of the most profitable.

According to him, durian trees can last five generations and on average, one tree can produce 100 fruits. The average price of a durian fruit is about RM20. So from the 100 fruits in one tree, a return of RM2,000 is possible.

Lim said although the durian is a seasonal fruit, cultivation could be manipulated and controlled to ensure all-year-round production.

“It’s not how big the fruit grows to be but how professional we are in getting the result.” 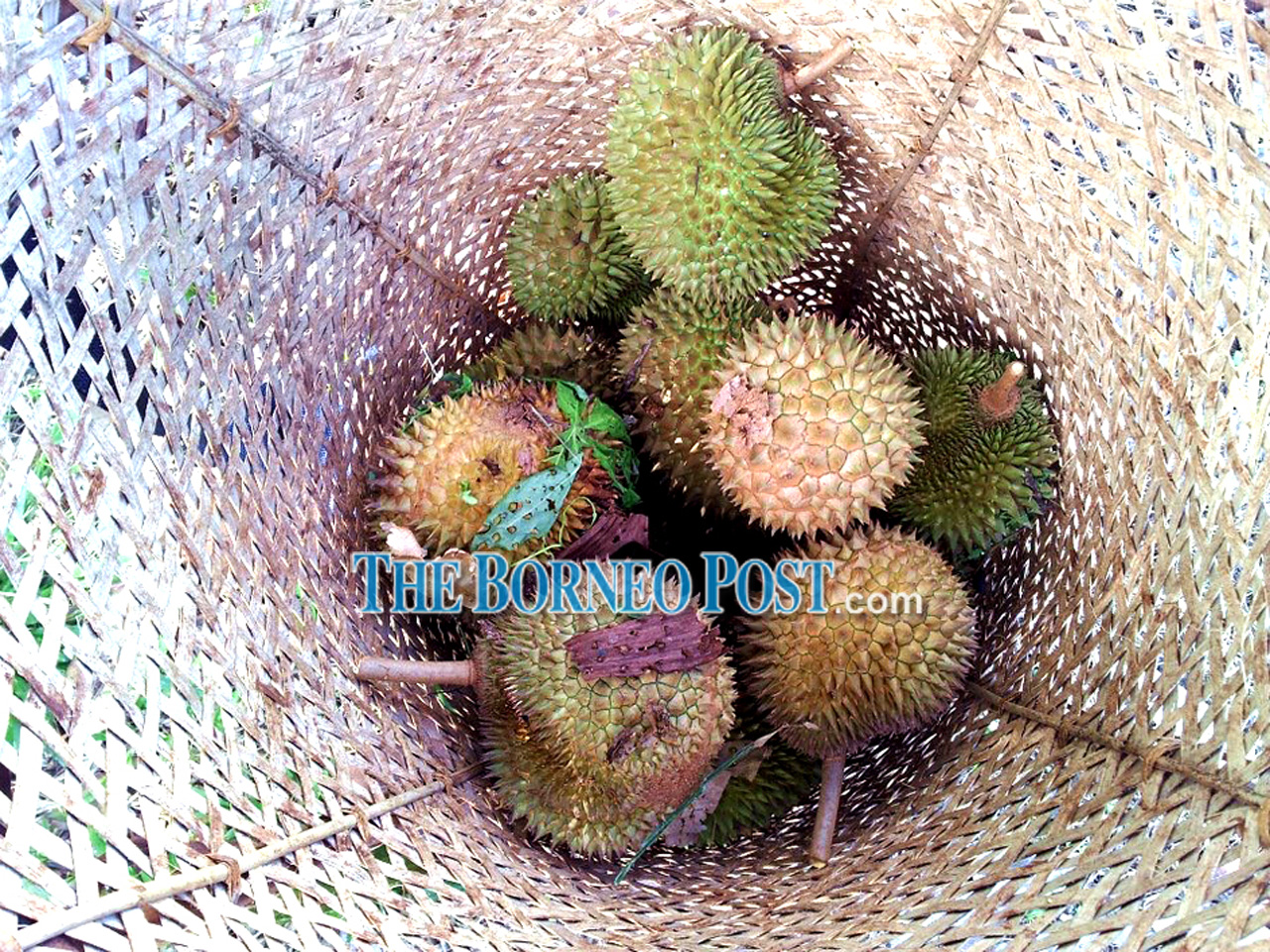 A total of 203 out of over 1,000 durian species are registered with the Department of Agriculture.

He added that research on durian cultivation started about 30 years ago in Peninsular Malaysia, prompted not only by local market demand but also export to Singapore.

About 10 years later, the durian industry in Malaysia started to pick up momentum, especially in the late 1990s. Today, 203 out of over 1,000 species in the country have been registered with the Department of Agriculture. And the most famous among them is the Musang King.

“All this while, Thailand dominates about 95 per cent of the durian market in China but their durians are ordinary whereas ours are branded,” Lim said.

A Thai durian costs about RMB10 to RMB20 while the Musang King fetches about RMB200 to RMB500 each. 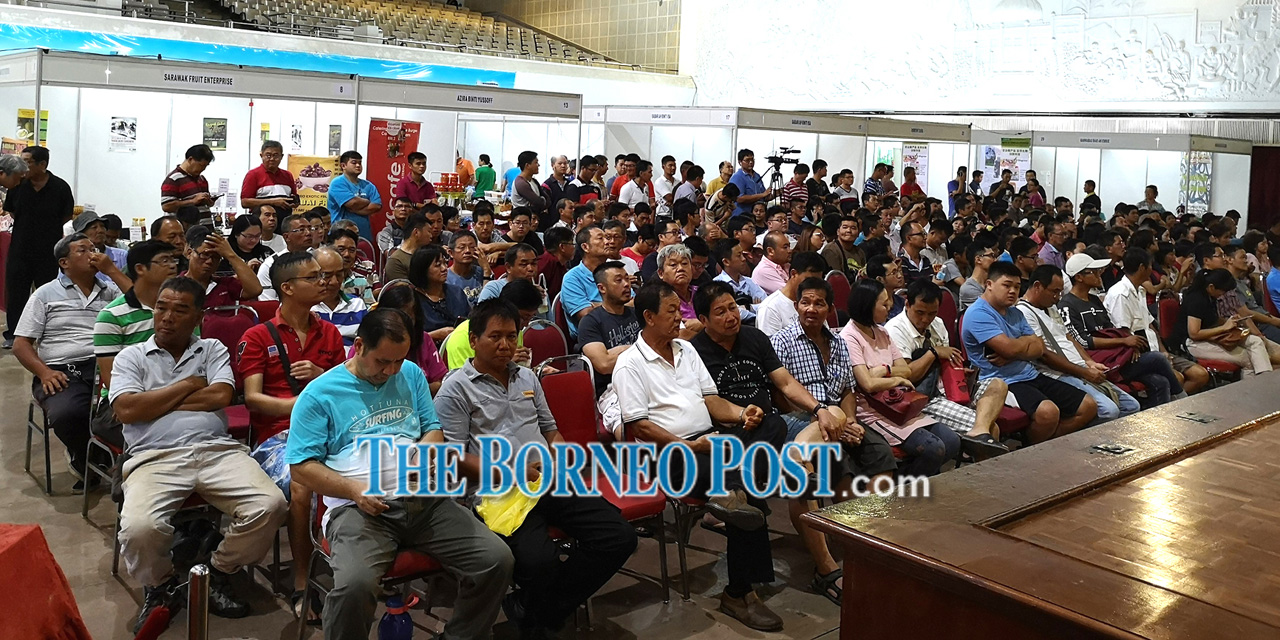 A packed audience at the talk by Lim on durian cultivation.

“So it’s like selling a branded car compared to an ordinary car. To China, it’s more about the quality we can deliver,” he added.

As Sarawak has just started venturing seriously into the durian industry, Lim believes it would pick up in another five years.

“Some farmers in Sarawak have already started planting, using the method and technique I imparted. One company has started with 13 acres,” he said.

“We’ve done it successfully in West Malaysia. What we’re doing right now is bringing the expertise to Sarawak and Sabah. We’ve opened the way for the two Borneo states.”

He predicted that with the advantage of vast land area, Sarawak and Sabah are well poised to become the biggest Musang King producers in the future.

“The two states are quite lucky in that they don’t have to go through the trial and error process. We just transfer our technology here and with our experience, we can help local planters off on the correct footing,” he said.

Previous ArticlePKR Women must unite to hold party together, urges advisor
Next Article Sarawak to have better sports facilities