Saturday, January 28
You are at:Home»Business»BizHive»Bullish trend correction in the past two weeks
For the freshest news, join The Borneo Post's Telegram Channel and The Borneo Post on Newswav. 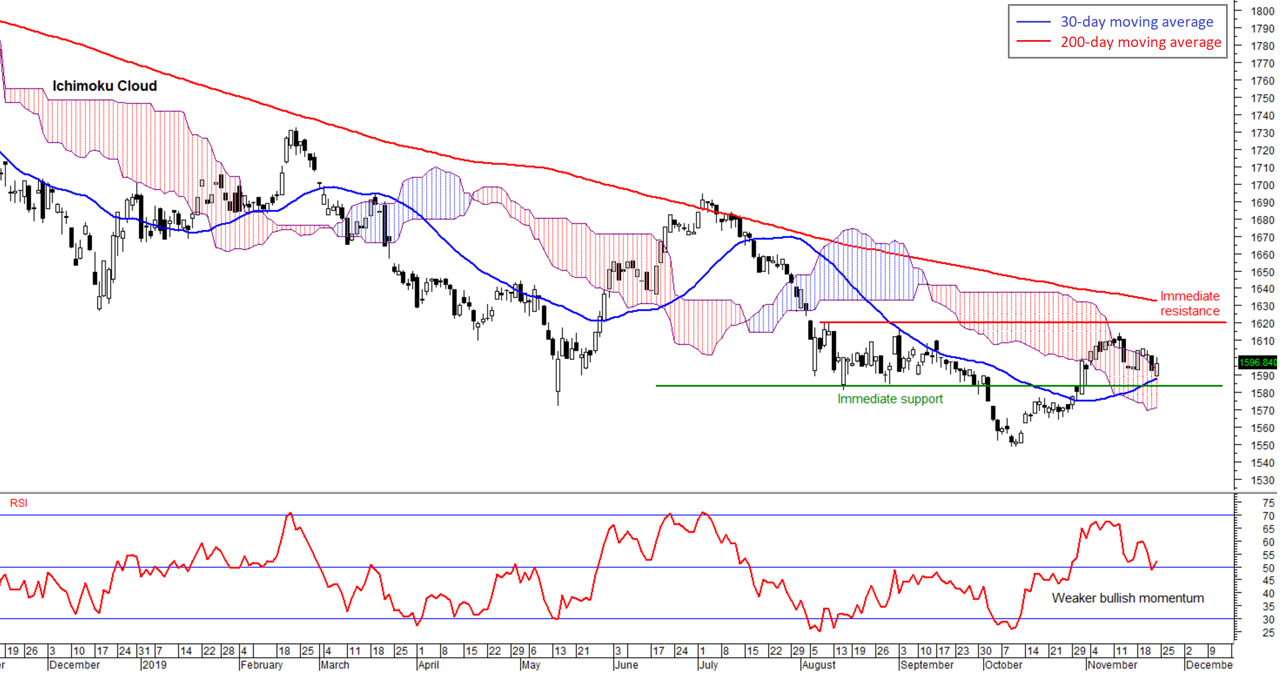 The FBM KLCI was directionless last week after a pull back two weeks ago as the index closed in the middle of last week’s range between 1,587 and 1,605 points. Commodities related counters helped support the index while banking stocks weigh it down. Generally bearish global markets performances and weaker ringgit has also dampened market confidence. The benchmark FBM KLCI increased only 0.1 per cent in a week to 1,596.84 points last Friday.

Trading volume has increase last week as market started buying after it fell in the earlier part of the week. The average daily trading volume in the past one week was at 2.8 billion shares as compared to 2.5 billion in the previous week. The average daily trading value however was firmed at RM1.9 billion from the pervious week. Lower capped counters, which are normally traded by retail participants rather than institutions, were the focus.

In the local market, crude palm oil (BMD) rose to its highest level in two years, increasing 5.3 per cent in a week to RM2,743 per metric ton last Friday.

The FBM KLCI remained between the sideways trading range between 1,585 and 1,620 points.

This indicates that the market sentiment is still weak despite rebounding from last month and the index broke a few immediate resistance levels.

Technically, the FBM KLCI remained bullish above the short term 30-day moving average although it is pulling back towards this average. The index is slightly above the Ichimoku Cloud indicator and this also indicates that the trend is bullish.

Momentum indicators like the RSI and Momentum Oscillator are declining but above their mid-levels. This indicates that the bullish trend is in a correction. Furthermore, the MACD is currently declining below its moving average and this also indicates a weak momentum.

In the next one month, the market may be a little cautious as companies are reporting their financials. The window dressing towards the end of the year may still happen is the FBM KLCI is supported above the immediate support level at 1,585 points. Next resistance levels are at 1,640 points.

Global markets indices and commodities performances as at November 22, 2019