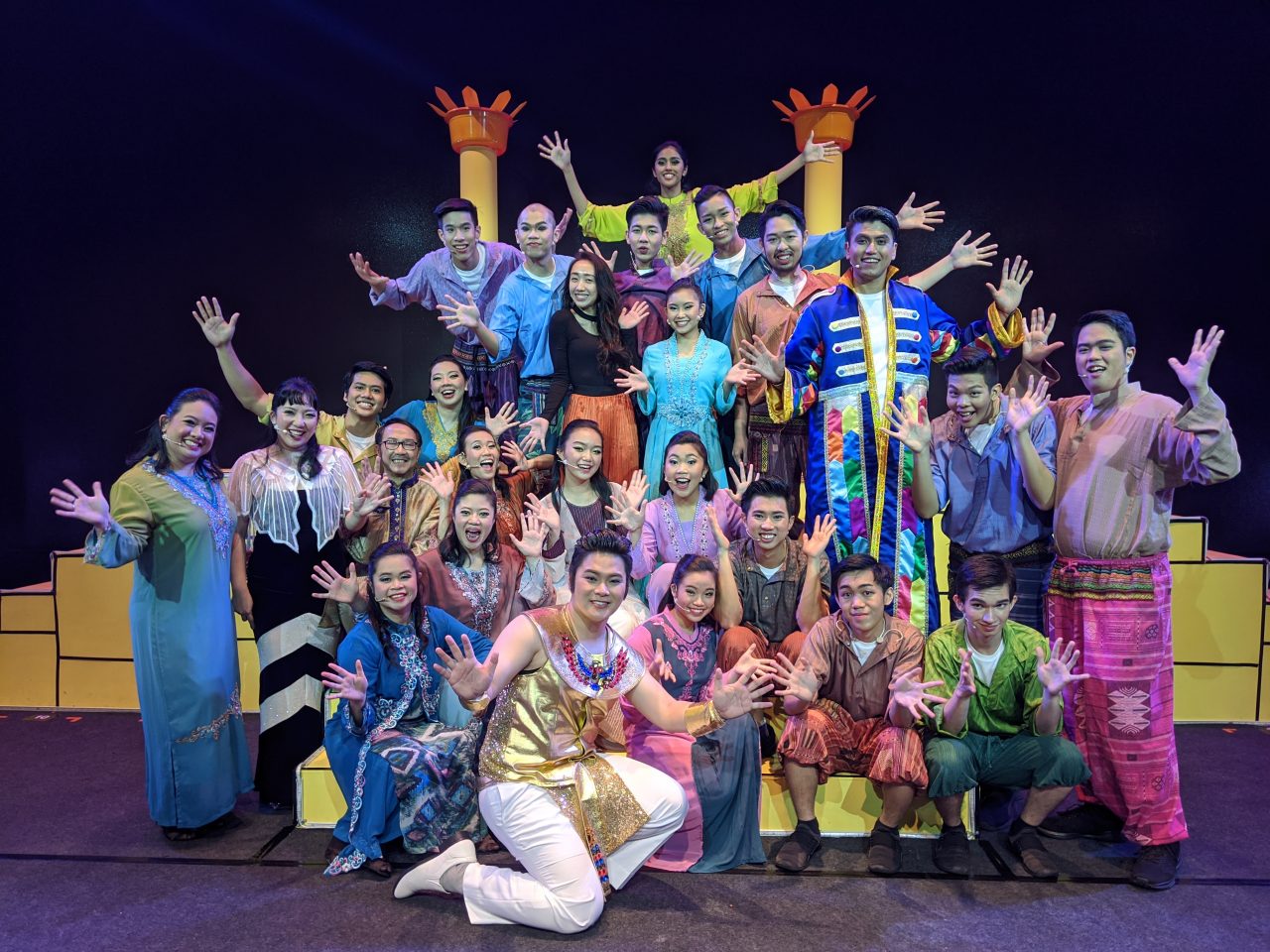 The cast of the ‘Joseph and the Amazing Technicolor Dreamcoat (Joseph)’ musical.

KOTA KINABALU: The ‘Joseph and the Amazing Technicolor Dreamcoat (Joseph)’ musical, an internationally-acclaimed musical produced by a local church, Skyline SIB, received tremendous response from the public for its opening show held at the National Department for Culture and Arts (JKKN) last Saturday.

Producer Rachel Ongkili thanked the Sabahan community for their support and congratulated all those involved for contributing to the growth and success of Sabah’s performing arts scene.

“It’s been so encouraging to see the Kota Kinabalu community coming out to support this local production of ‘Joseph’. His story is timeless and a shining example of the power of hope and perseverance, a lesson that is always relevant to us no matter our background or circumstances,” she said.

‘Joseph’ is a family-friendly musical that is almost entirely sung throughout, and would make a perfect year-end treat for the entire family. Its 19 tracks are composed by Tim Rice and Andrew Lloyd Webber, and it tells the story of a biblical character named Joseph and his coat of many colours.

The non-religious musical was first staged at the Edinburgh International Festival in 1972, and hit Broadway a decade later. It became a huge success on the theatre circuit, buoyed by Rice and Webber’s skill in combining various styles of music to create catchy pop musical numbers.

‘Joseph’ is performed in two 45-minute acts, with a 20-minute intermission in between.

Carmen Loong, who attended the opening night show, said the musical went beyond her expectations.

“The cast did an amazing job and I’m so proud of them. The choreography, lights and costumes were on point, but my favourite part of the entire production was the catchy songs. I loved it and it’s a must-see production,” she exclaimed.

Another member of the crowd, Chia Han Sheng, said the production team had outdone itself.

“I think this is the best local production ever to be held in Sabah. It’s dazzling, spectacular and fun-filled, and I really hope everybody goes to watch it, because I think it’s simply a really good musical,” he said.

Skyline SIB first staged the musical in 2010, and due to popular demand is bringing it to KK once again.

The amateur production features an all-local main and ensemble cast supported by a children’s choir; cast members range in age from six to 65 years old. Set and wardrobe design meet the standards of the musical’s copyright holder, Really Useful Group.

Members of the public can look forward to five more shows at JKKN on 24 November (matinee) and 28 November until 1 December (night). Tickets for Skyline SIB’s ‘Joseph and the Amazing Technicolor Dreamcoat’ are on sale for RM30, RM50 or RM100 each.