Friday, October 23
You are at:Home»News»Nation»Malaysia shows interest in South Korea’s advancement in aerospace 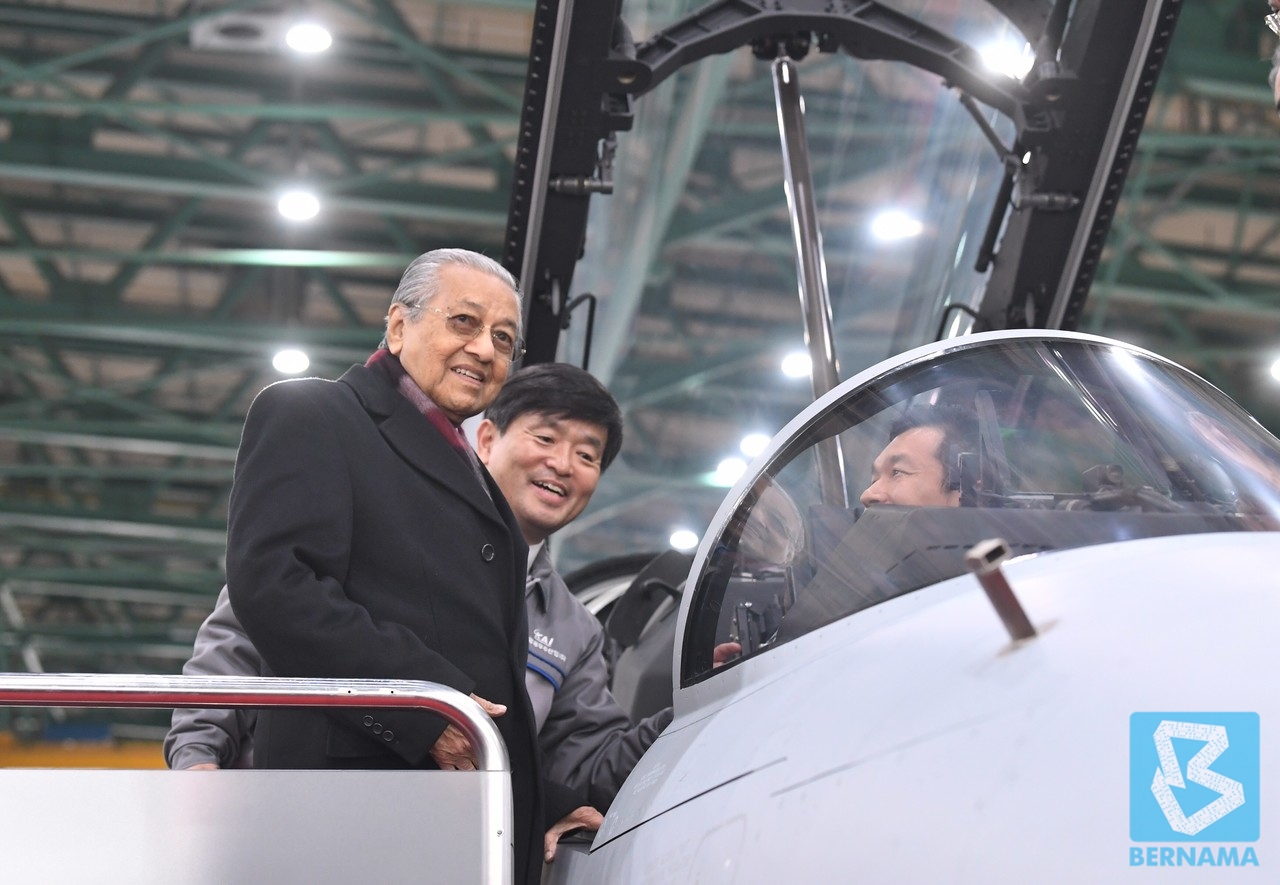 Speaking during his visit to Korea Aerospace Industries (KAI) facility here,  the prime minister said South Korea has made great strides in the highly-technological field since the last time he visited the country.

Dr Mahathir last visit to South Korea as a prime minister was in 2002.

“I have always been interested in fighter planes and indigenous planes. I want to see how it perform and advancement of your aircraft industry, ” he told KAI’s CEO Ahn Hyun-ho who received him at the facility earlier.

A qualified pilot and an avid follower of aero technology, the Prime Minister arrived at the aerospace and defence facility by helicopter around 10.30 am local time.

Sacheon is located about 100km from Busan, the host city of ASEAN-South Korea Commemorative Summit 2019, where Dr Mahathir is scheduled to attend.

He spends more than two hours at the facility, which included attending half an hour meeting with the company’s top officials.

Malaysia is currently considering its option on LCA and is expected to formally launch a procurement effort to enable the air force to keep up with advanced technology and capability.

According to defence publication, Jane’s Defence Weekly, the Royal Malaysian Air Force’s (RMAF) plans to procure up to 36 LCAs with an option for 26 more to complement its current batch of Hawks, Sukhoi SU-30MKM and FA-18D Hornets fighter jets.

Governmental approval is expected in the first quarter of 2020.

The LCA is expected to serve several roles in RMAF including as LCA and Lead-In Fighter Trainer (LIFT).

Among other types of LCA under consideration by RMAF besides Korean Aerospace Industries (KAI) FA-50 Fighting Eagle, are the Hindustan Aeronautics Limited (HAL) Tejas; the Leonardo M-346; the Aero Vodochody L-39NG; the CAC L-15A/B; the CAC/PAC JF-17; the Saab Gripen; and the Yakovlev Yak-130.  Bernama