Wednesday, April 1
You are at:Home»News»Tony Fernandes hopes CM will lobby Putrajaya for LCCT in Sarawak 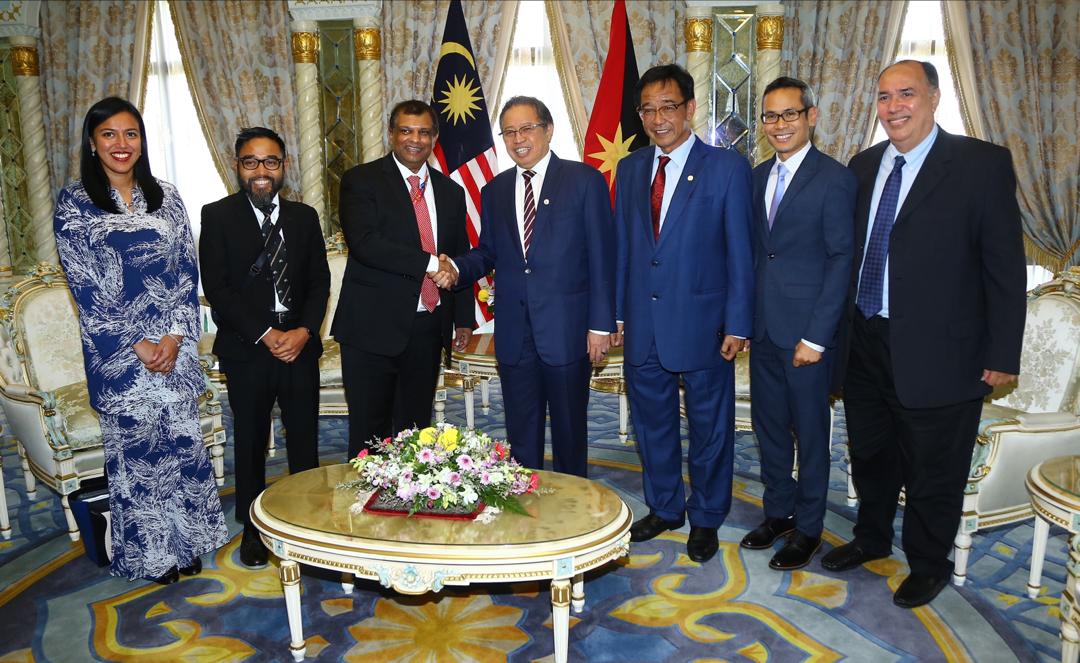 Fernandes shakes hands with Abang Johari during the courtesy call. Also with them are (from left) Shasha, Riad, Abdul Karim, Zaman and Zamani. – Photo by Muhammad Rais Sanusi

However, he pointed out that in order for Sarawak to have a dedicated LCCT, this required a green light from Malaysia Airports Holdings Berhad (MAHB) which manages airports in the country.

“Airports are really federal issues and I think that the transport minister (Anthony Loke) is working on something,” he told a press conference after paying Chief Minister Datuk Patinggi Abang Johari Tun Openg a courtesy call at his office in Wisma Bapa Malaysia here today.

Asked what were the chief minister’s views on an LCCT in the state, Fernandes said he believed that Abang Johari, like every leader of a country, would want to have more tourists and for airports to provide the best of services.

“But [airports]are all controlled by Malaysia Airports. My argument has always been that Malaysia Airports is only interested in Kuala Lumpur so this needs to be broken up. So hopefully he (Abang Johari) will speak to the federal government and it just adds up,” he remarked.

He opined that there is a need for LCCTs anywhere in the world.

“”This is not just a Sarawak issue but everywhere we need low-cost terminals. We need cheaper facilities to develop our tourism…we just have to hope that something happens soon.”

He also commented on the passenger service charge (PSC) for non-Asean international flights which has been reduced from RM73 to RM50.

He said despite the reduction, the new rate, which took effect on Oct 1, was still too high.

“If you think about it, if someone flying from Kuching International Airport to China, they would have to pay RM75 (previously) and that’s almost as much as the flight. Even though it is RM50 now, we still think it’s too high.”