Monday, January 30
You are at:Home»News»Abang Johari wants SEDC to delve into ‘uncharted waters’
For the freshest news, join The Borneo Post's Telegram Channel and The Borneo Post on Newswav. 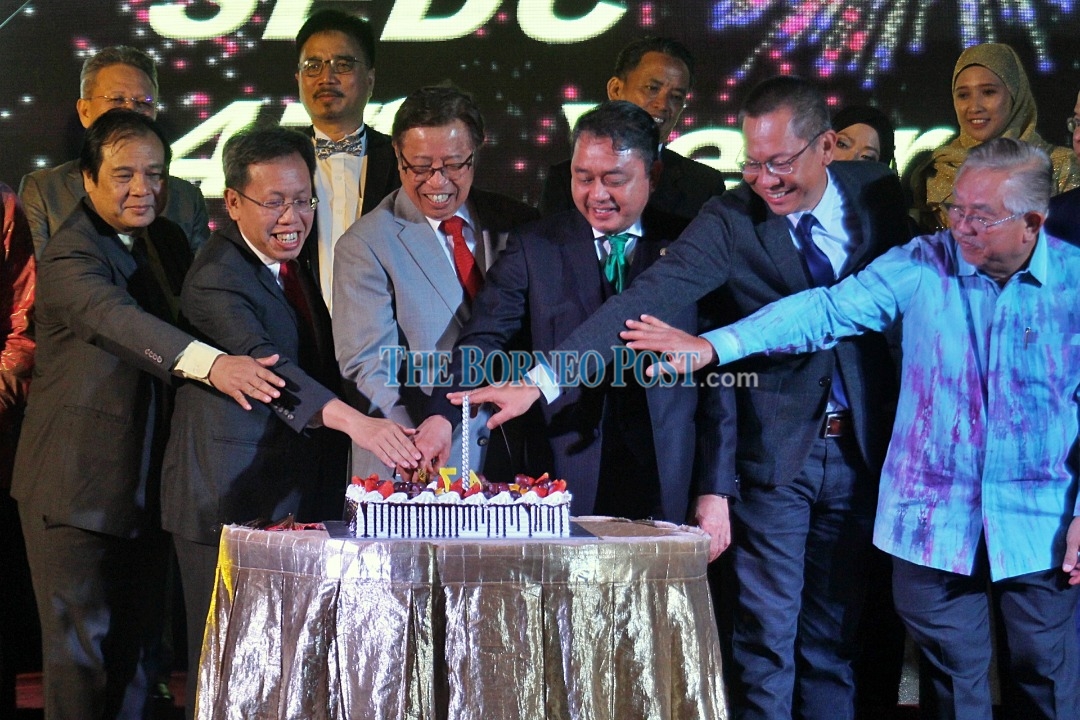 Abang Johari pointed out that the three “uncharted waters” industries that SEDC could delve into were methanol production, hydrogen production and tourism.

“SEDC has recorded a healthy growth revenue for 2018. On the group level you also achieved profit which we are proud of.

“As you know the whole economic scenario has changed. And for Sarawak, we have to adapt ourselves to these changing environment. And as a result we have sometimes to go to uncharted waters.

“But before we go to that area we have to have a thorough study, feasibility study, and also the outcome that we want to achieve in the next 47 years,” Abang Johari said at SEDC’s 47th Anniversary Dinner last night.

On top of that, at group level, Abdul Aziz said SEDC with all of its subsidiaries posted a total revenue of RM236.4 million, with an Operating Profit Before Tax (OPBT) of RM46.3 million for 2018.

In view of this, Abang Johari said SEDC could play a part in the state’s petrochemical industry by establishing a methanol plant.

“We have plenty of gas, offshore as well as, maybe onshore, and methanol is a base for derivatives in the petrochemical industries.

“Also the demand for methanol worldwide is increasing, meaning the methanol plant will give a new stream of revenue to SEDC.

“I’m sure you have the base and therefore you can, with other investors coming in, produce the chemical products out of methanol. That is why I have made a bold move for us to move into methanol production.

“Though normally and traditionally it is (done by) Petronas, but now we say nevermind lah, no need Petronas all the time, SEDC can also produce methanol,” he said.

On hydrogen production, Abang Johari encouraged SEDC to work together with the state government to produce the gas and to transform Sarawak’s economy into hydrogen economy.

“And through that blueprint, Malaysia was also going towards hydrogen economy. For the past five years, they (federal) have done their research but apparently there was no outcome from their research.

“But Sarawak, we started our pilot hydrogen plant, pilot project, now we can produce hydrogen in just one year,” said Abang Johari.

He also revealed that after the hydrogen pilot project, two countries have shown interest to buy hydrogen from Sarawak, and thus this would be a great potential revenue stream for the state as well as SEDC.

“Surely it will become another revenue stream for the government, besides the fact that if we export the hydrogen, perhaps we can impose one or two per cent sales tax on hydrogen. This is the way how we shape our economy based on the strength of our resources and we go towards these uncharted waters.

“We just had our hydrogen pilot plant but now it seems that two foreign countries are willing to buy our hydrogen. We haven’t even produce it commercially already we have interested buyers. So it becomes an encouragement for us to produce hydrogen.

“So if there is this demand then I think the world is now going towards this clean energy, and we therefore have to go to this “uncharted waters”, but proven, that will give us additional revenue to the state as well as to SEDC,” said Abang Johari.

As for the tourism industry, he urged SEDC to take note that under the 12th Malaysia Plan, Sarawak is planning to give emphasis on its tourism industry to boost the state’s revenue.

“In other words, SEDC will continue with the development of our tourism products including, of course, hotels that have to be upgraded.

“With that the state government will help SEDC to build new tourism products,” he assured.

However, he said, it would only be possible if the state government has additional revenue. Hence, he highlighted the benefit of revenue re-engineering for the state.

Abang Johari explained that in terms of tourism or environment, revenue re-engineering meant to rethink of ways to earn revenue rather than depending on traditional methods of harvesting natural resources, particularly timber.

“As you know, normally you will earn premium or royalty from timber and logging. But today, you don’t have to do logging to be able to earn revenue from timber. You leave the trees be, and you replant more trees, after that you can claim for carbon credit.

“That becomes a revenue for us, provided we work with credible international companies that will help us plant our trees.

“For a start, the state is working together with international oil company Shell to plant more trees, and then through Shell we will try to get carbon credits, and that becomes a revenue to the state.

So instead of cutting down trees, we grow trees, also can earn money. This is the way you must be creative and see the scenario in our economic development, and also the opportunities that we can go to in order to get more revenue for us,” he said.

In relation to that, Abang Johari said when the state’s economy is healthy, Sarawakians would also earn and reap from the benefits as the state government with the additional revenue would be able to give back to the people for the betterment of their livelihood.

One of the benefits, he pointed out, was according to the 2020 State Budget, the state government has allocated RM30 million for a micro credit scheme for small entrepreneurs in the state.

Other initiatives the state government would be carrying out next year following the extra revenue earned would be free treated water for the B40 group in Sarawak if their water bill is RM5 or below.

On top of that, Abang Johari said Sarawakians of the B40 group wanting to connect electricity from the grid to their homes would not have to pay for the connecting fee if the charge is RM5,000 or below, while 70 per cent discount would be imposed if the connecting charge is RM5001 to RM10,000.

“This is the way we help people when our economy is strong and when the government has revenue. I’m pleased that we have a very strong revenue stream.

“So I think for the next 47 years let us work together, we go to the “uncharted waters” but it must be through a very thorough study, that will give outcome to the development in the future.

“I’m sure SEDC will be able to handle the coming years with the new approach and new products, and new ways on how to participate in our economy,” he said.