Friday, July 30
You are at:Home»News»CM: Malaysia cannot be too dependent on fossil fuels, renewable energy is the way forward 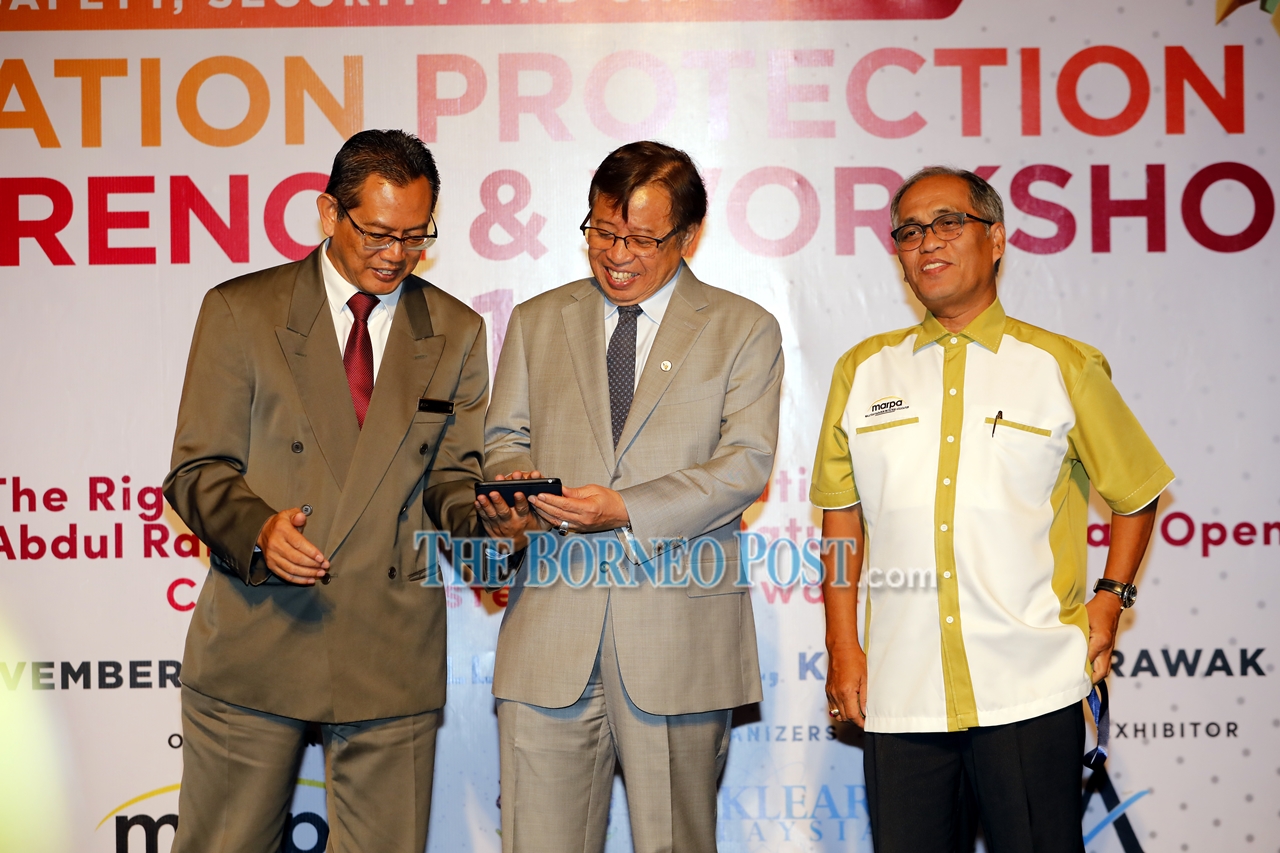 Abang Johari, flanked by Abd Wahab (left) and Zulkifli, launches the Radiation Protection Conference and Workshop. – Photo by Chimon Upon

KUCHING: Malaysia has to relook at its energy policy if it were to achieve a ‘Clean Malaysia’ status, said Chief Minister Datuk Patinggi Abang Johari Tun Openg.

He said the country cannot be too dependent on fossil fuels, which are fast depleting and have great impact on the environment.

He believed that renewal energy is the way forward because it has very minimal impact on the environment and carbon emission.

“That is why in Sarawak, we are giving strong emphasis on renewable energy, having built our dams to produce hydro power.

“Currently, we have three fully-operational hydro electric dams, which are Batang Ai, Bakun and Murum while the Baleh Dam is coming up.

“These four dams have the potential to generate a total of about 22,000 megawatt of electricity,” he said at the opening of the Radiation Protection Conference and Workshop, here, today.

Abang Johari said Sarawak is selling some of its power to Kalimantan and at the same time, is supporting Sabah and Brunei.

He said aside from generating electric power, the water from can also be used to produce hydrogen.

Sarawak, he said, has a plant that produce hydrogen through and electro-chemical process called electrolysis.

“We are using the water from our dams to produce our hydrogen. So, from the dams, we can produce electric power and hydrogen for vehicles.

“That’s our commitment to clean Malaysia and clean Sarawak in particular,” he said.