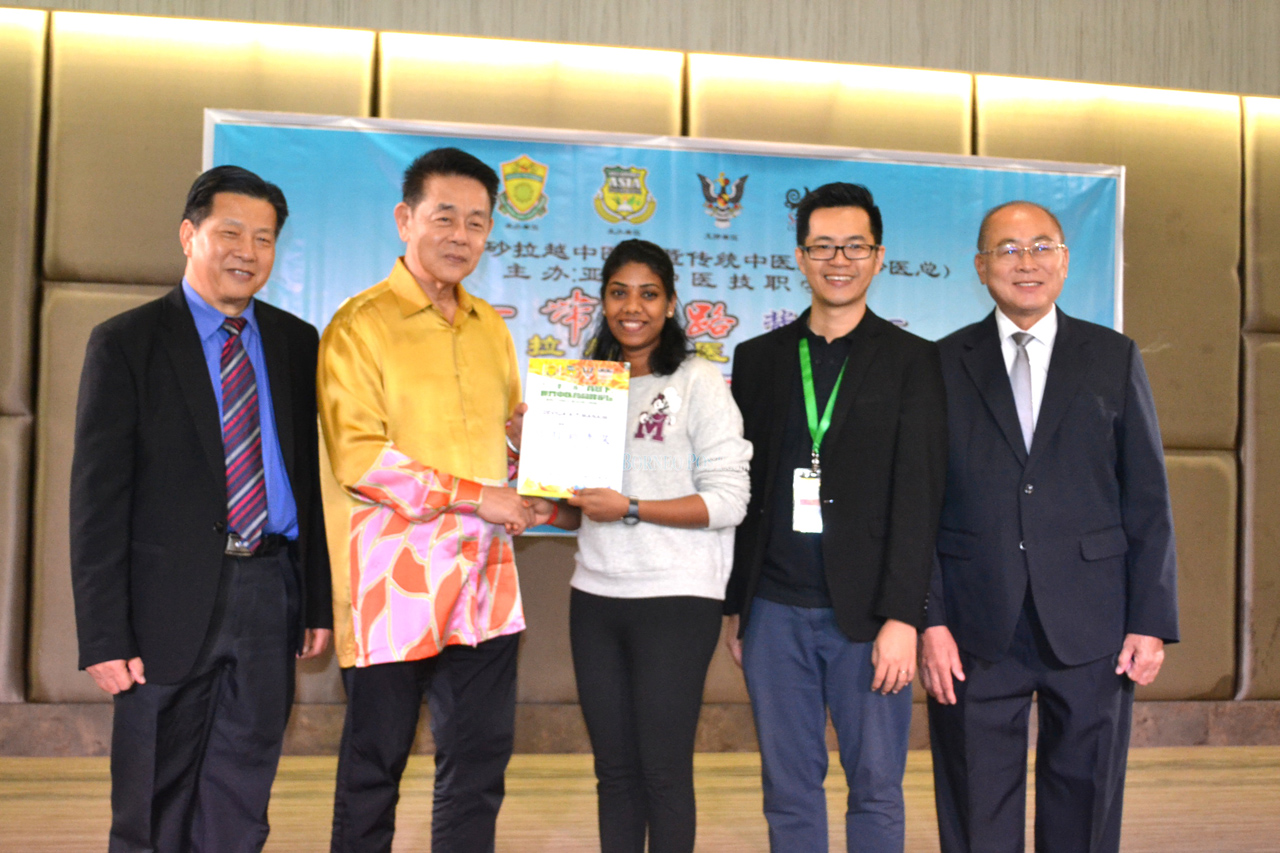 Ding (second left) hands over certificate of competency to a recipient while Kong (left) and others look on. 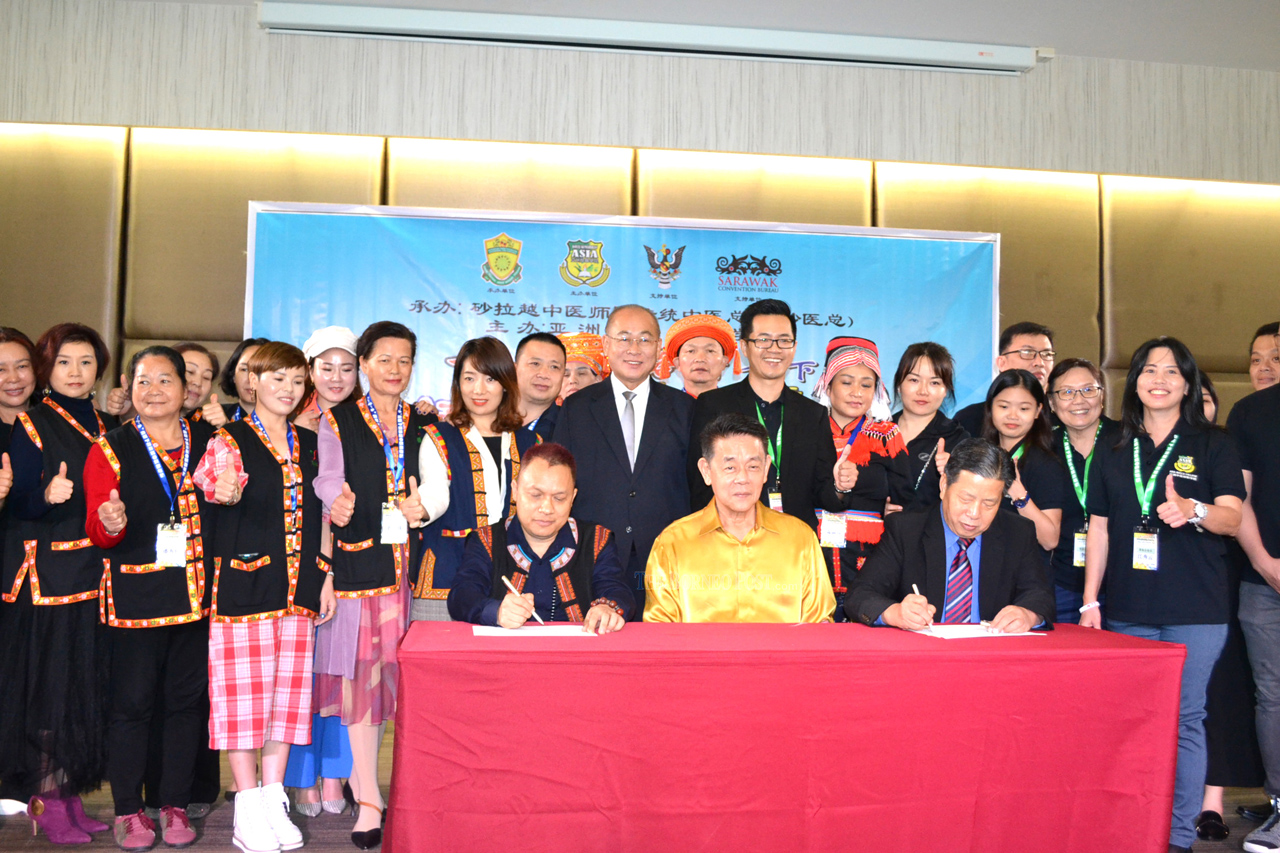 Ding (centre) witnesses the signing of a pact between Zhao (left) and Kong.

Chairman of Sarawak Traditional Chinese Physicians Association (STCPA) Tony Kong said this resulted from the spirit of solidarity of participants during the closing ceremony held in a leading hotel here on Sunday night.

Ding also announced a grant of RM10,000 for the STCPA to run its activities.