Monday, May 25
You are at:Home»Lite Stories»Go for lunch: Japanese yakitori chicken gets space thumbs-up 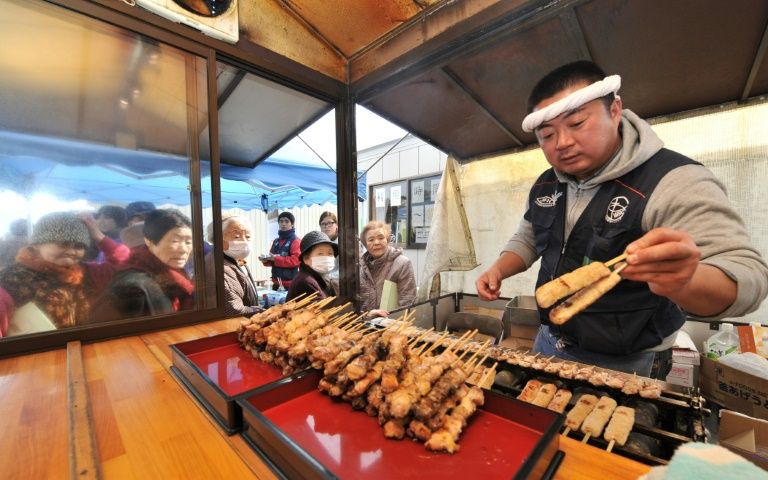 Chicken yakitori is one of the most popular fast foods in Japan. AFP Photo

TOKYO: Japanese chicken yakitori kebabs, one of the country’s most-loved fast foods, will soon be making an appearance in orbit after Japan’s space agency cleared them for astronaut meals.

The charbroiled chicken meat on skewers and flavoured with a variety of sauces is hugely popular in Japan and abroad, and a canned version has just won certification as a “Japanese space food” for consumption on the International Space Station.

Yakitori joins 34 other Japanese items such as “onigiri” rice balls, ramen noodles, seaweed soup and cooked mackerel, as Japanese astronauts pine for a taste of home while in orbit.

They can pick what certified Japanese food to bring on their ISS missions, adding to base meals selected by NASA, a spokesman from the Japan Aerospace Exploration Agency (JAXA) explained on Wednesday.

But while astronauts may want the full yakitori experience of chewing from a bamboo skewer, strict space rules will make this impossible.

“Eating from skewers in space would be good… but the policy is to leave as little waste as possible,” the JAXA spokesman told AFP.

So the yakitori will be eaten from ring-pull cans with special velcro to keep it from floating away in the microgravity environment.

The approved yakitori cans are manufactured by Hotei Foods, based in Shizuoka, southwest of Tokyo. The company said they expect their cans will blast off when Japanese astronauts leave for the ISS next year.

They won JAXA approval after clearing a rigorous set of criteria such as guaranteeing the food would not degrade even after 18 months at room temperature. – AFP