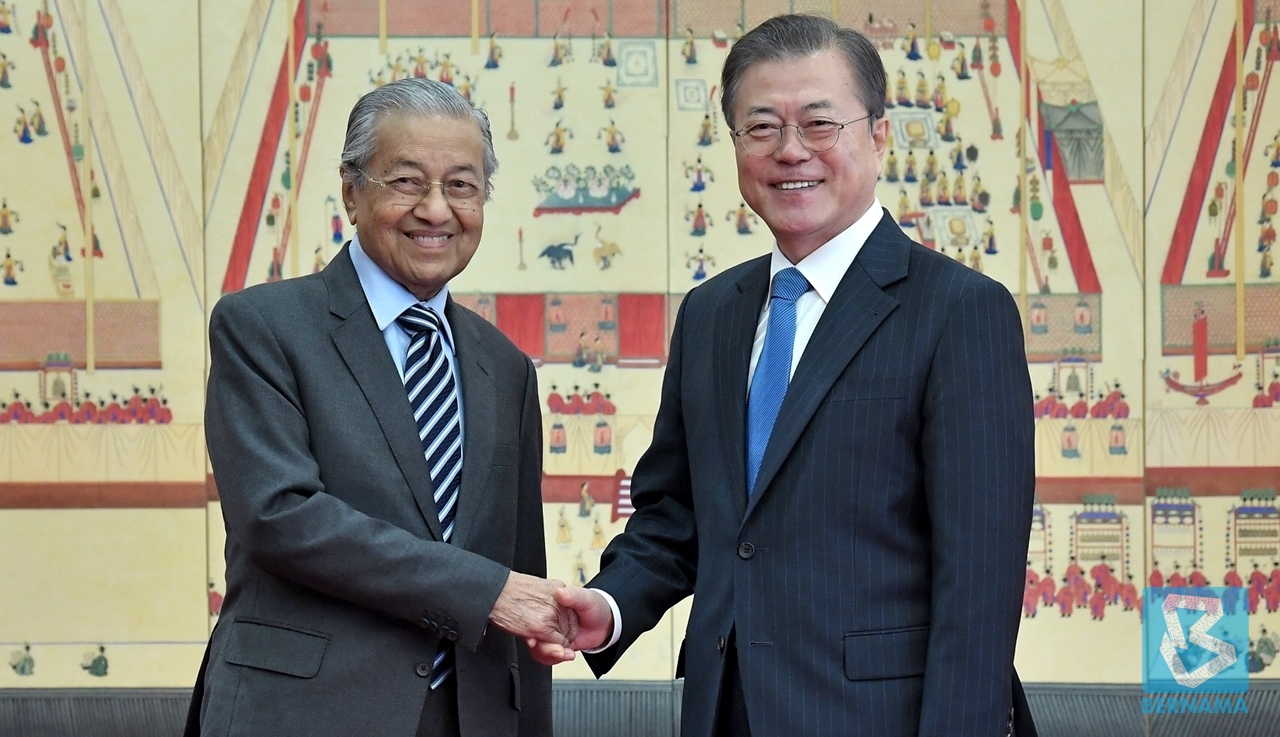 Prime Minister Tun Dr Mahathir Mohamad said the governments of both countries will discuss the details of the proposal, which will be in line with Malaysia’s intention to tap into South Korea’s strength in advanced technology and innovation.

“To commemorate this important period, we have scheduled for our Malaysian King a state visit to the Republic of Korea in the third quarter of 2020.

“The visit would certainly highlight the commemorative year and contribute towards consolidation of bilateral ties and people-to-people connectivity,” said Dr Mahathir in his opening remarks at a bilateral meeting with President Moon Jae-in at the Presidential Blue House here today.

At the meeting, which lasted almost an hour, Dr Mahathir said apart from the visit by the Yang di-Pertuan Agong, Malaysia is also set to co-host several events including organising a special commemorative reception and a friendly football match between the national teams of both countries.

Commemorative stamps will also be issued while a Malaysian film festival, joint business forum and cultural exhibitions will be held in Seoul.

“I believe this is a very constructive initiative and the effort will contribute immensely towards stability and peace in the Korean Peninsula and the region,” he said.

Meanwhile, his South Korean counterpart said the two countries can expand cooperation in the form of joint response to the fourth industrial revolution, as well as development of smart cities and the halal industry.

“I hope we can also deepen cooperation in specific fields such as information, communications and technology (ICT), defence, public health and small and medium industries,” said Moon.

“Since the goal of your vision falls in line with my government’s vision of realising an innovative and inclusive nation, I hope we can discuss this today,” said Moon.

Dr Mahathir ends his official visit to South Korea this evening after having attended the two-day Asean-Republic of Korea Commemorative Summit in the port city of Busan earlier this week. – Bernama