Saturday, September 26
You are at:Home»News»Sarawak»Ministry hopes to extend OSC on drug abuse 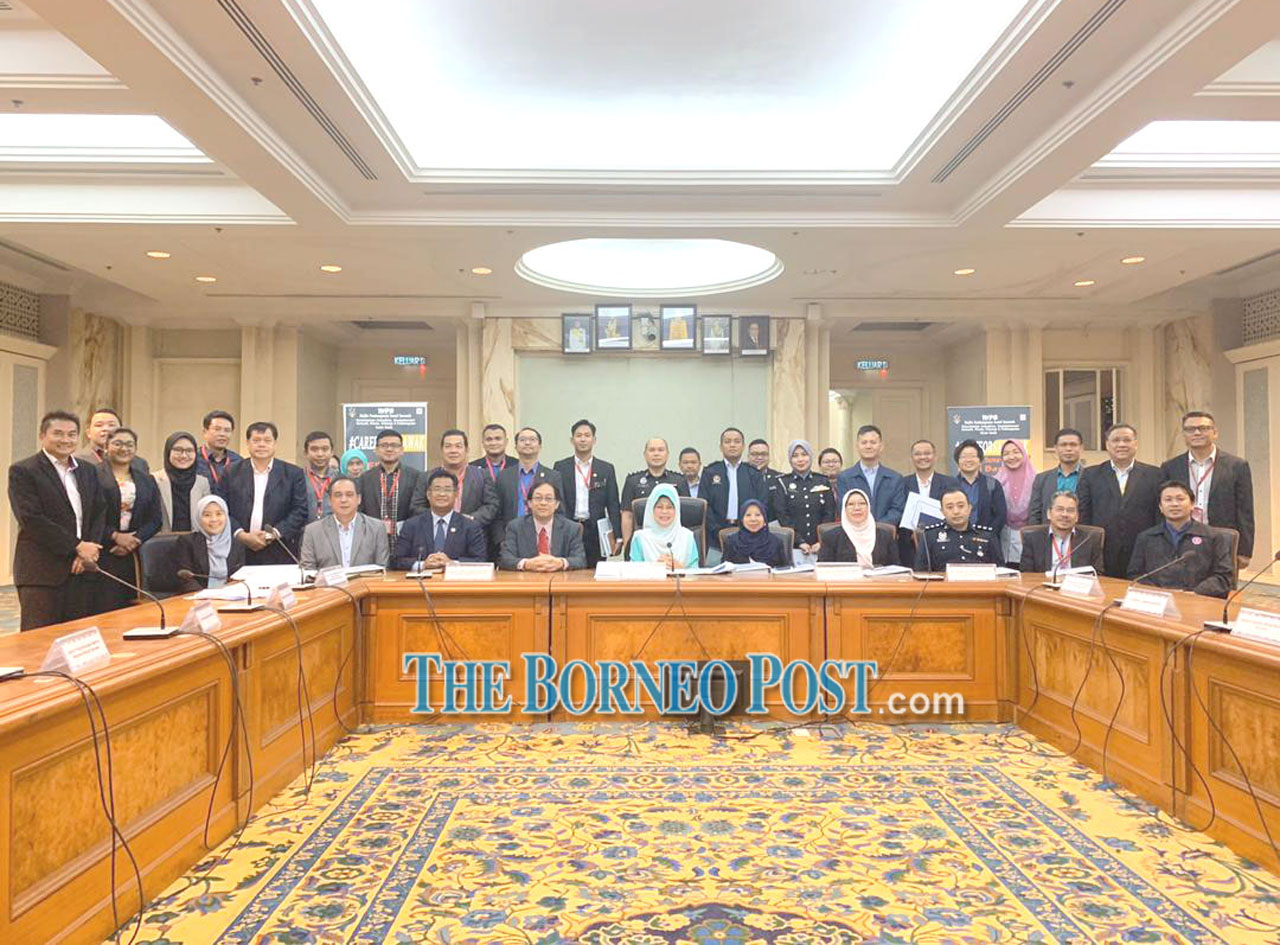 Fatimah (seated fifth left), flanked by Harden on her right and Rosey on her left, and others in a photocall after the meeting.

KUCHING: The Ministry of Welfare, Community Well Being, Women, Family and Childhood Development will apply for additional funds to extend the one-stop centre (OSC) on addressing substance and drug abuse (MIDS) programme to 15 more districts next year.

Its minister Dato Sri Fatimah Abdullah said there were already 25 districts across the state having such programme, which started this year for which the government had allocated grants.

“To cover more districts in the state to have such programme, my ministry will apply for additional grant to cover another 15 more districts in 2020,” Fatimah told a press conference yesterday, after chairing the OSC meeting yesterday.

She further said that 56 drug traffickers were arrested as of September this year under the Dangerous Drugs Act (Special Preventive Measures) 1985, up from 46 arrests in 2017 and 46 arrests made last year.

“To ensure that the whole chain of issues related to drug and substance abuse in Sarawak is addressed holistically and effectively, my ministry is in continuous collaboration with relevant stakeholders and strategic partners in implementing integrated drug prevention, treatment, rehabilitation and enforcement programmes,” she pointed out.