Sunday, September 20
You are at:Home»News»Sabah»Women comprise 33% of state civil service 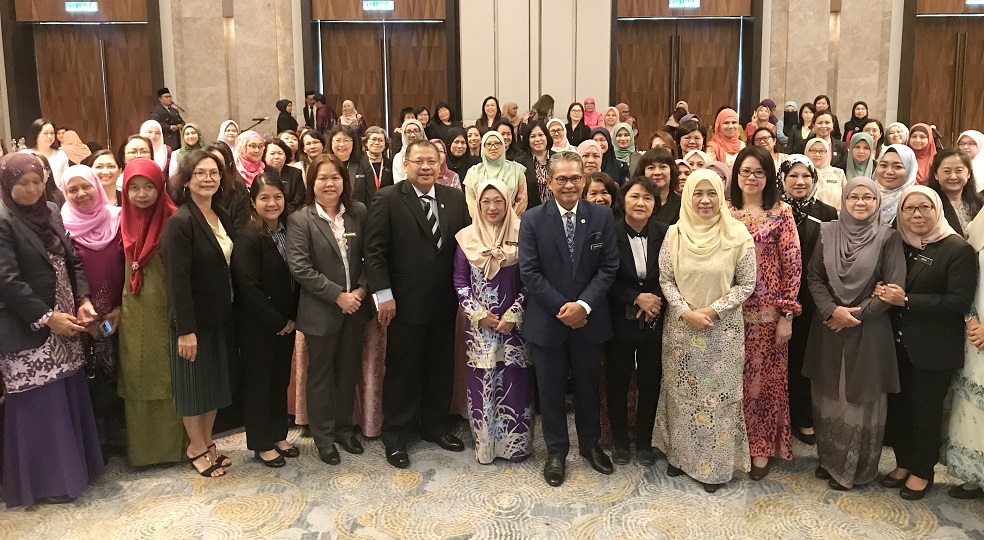 Rosmadi (sixth right) and Masturah (seventh right) with the participants.

Thrity-eight per cent of the women workforce in the state public service are under the management and professional group whereas 32 per cent are in the support group.

Sabah Public Services Department director Datuk Rosmadi Sulai said the statistics was a proud achievement in the state civil service that showed that women government servants played a significant role in the administration.

In an era that demands excellent performance and increasing transparency, he said the appointment of top leadership positions were based not on gender, but on merits, administrative competency, policy making capability and innovativeness.

He said the State Government was undertaking efforts to empower women in various aspects through Sabah Women’s Affairs Department (Jhewa), in tandem with the Malaysian government’s commitment towards the United Nation’s Sustainable Development Goal 5, namely the Gender Equality and Convention Elimination of Discrimination Against Women (CEDWA).

“There are also women who were appointed as chief executive officers and board members in state statutory bodies,” he said when officiating at the ‘Bicara WOS (Women of Substance): Kewibawaan dan Cabaran’ organized by Jhewa here yesterday.

He continued to say that the State Government through the Sabah Public Services Department have sent 24 women officers to attend overseas courses and 54 for training in the country this year.

He said the Sabah Training Institute under the department also provided opportunities for women to upskill themselves.

“For instance, 2,632 women officers out of 5,931 officers have been trained in various fields in the public services sector as of November this year.”

On another note, Rosmadi said the Federal Government has allocated RM30 million to set up childcare centres in workplaces to allow women to work while having their children taken care of.