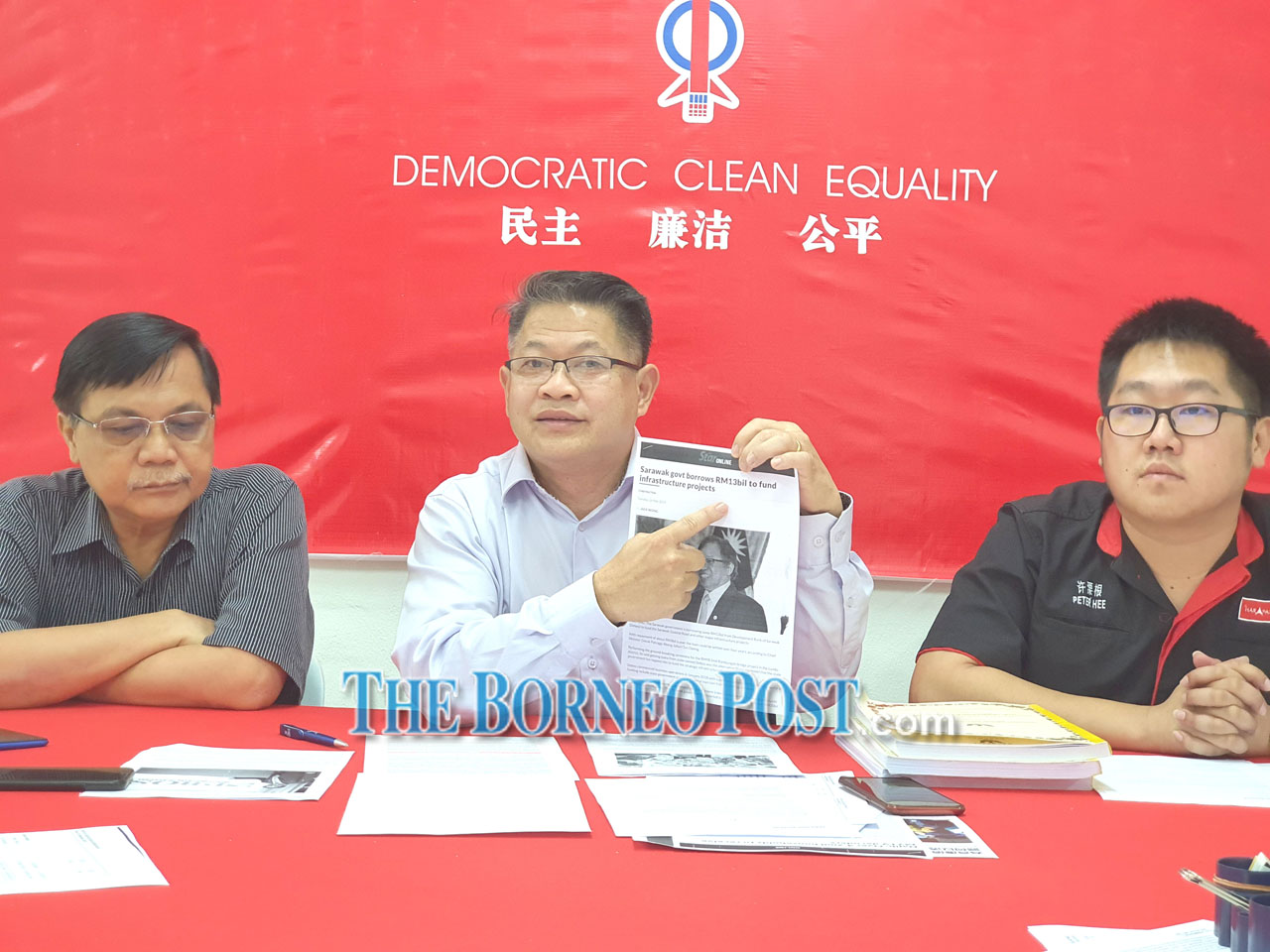 Dr Ting shows a copy of a Nov 26 report by The Star on the Sarawak government borrowing RM13 billion from DBOS to fund infrastructure projects in the state.

He claimed the money borrowed from the state-owned bank was in fact part of the state reserve, hence the need for transparency to avoid DBOS from “becoming the next 1MDB” (1Malaysia Development Berhad).

“We know that DBOS was set up by Chief Minister Datuk Patinggi Abang Johari Tun Openg in January 2018 with a paid-up capital of RM500 million, and DBOS takes deposits from the government and government-linked companies (GLCs) and places the funds with financial institutions.

“The only source is the state reserve because they (government) can’t borrow from somewhere else. So basically it is all in a pot – shifting the money – and this is what Abang Johari mentioned as the alternative financing model,” Dr Ting told a press conference at his service centre, here yesterday.

He said when tabling the state budget, Abang Johari had said RM3.3 billion of the roughly RM10 billion budget was for operational expenditure while the remaining RM6.5 billion was for development expenditure.

“During the debate, DAP Sarawak chairman Chong Chieng Jen had described the budget as ‘hot air’ because there is no actual money funded and provided,” he added.

However, he said the reserve dropped to RM27.1 billion in the second half of 2018 after Pakatan Harapan (PH) formed the federal government.

Dr Ting called on Abang Johari to reveal whether the RM13 billion loaned by DBOS to the Sarawak government came from the state reserve, saying there was a need to be “honest and transparent”.