Monday, May 25
You are at:Home»News»Asfia sworn-in as acting TYT from Dec 1 to Jan 11 next year 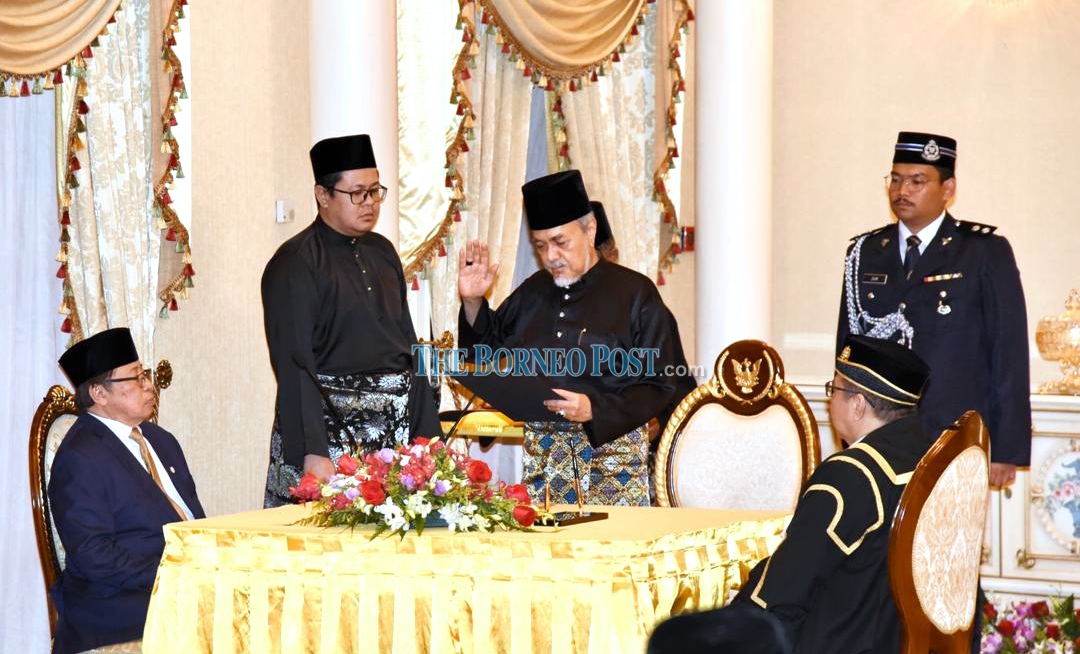 Asfia taking an oath during the swearing-in ceremony witnessed by Abang Johari (left).

Following the appointment of the acting TYT today, Asfia is now the acting Speaker of DUN.

The signing of the Oath of Office was witnessed by the Kuching High Court Judge Dato Lee Heng Cheong.

The swearing-in ceremony ended with a prayer read out by the state Imam Besar Sahibul Fadilah Mustapha Kamal Ahmad Fauzi.