Tuesday, July 14
You are at:Home»News»Nation»Regulation on vaping to take into account composition of e-liquid, sale – Dr Lee 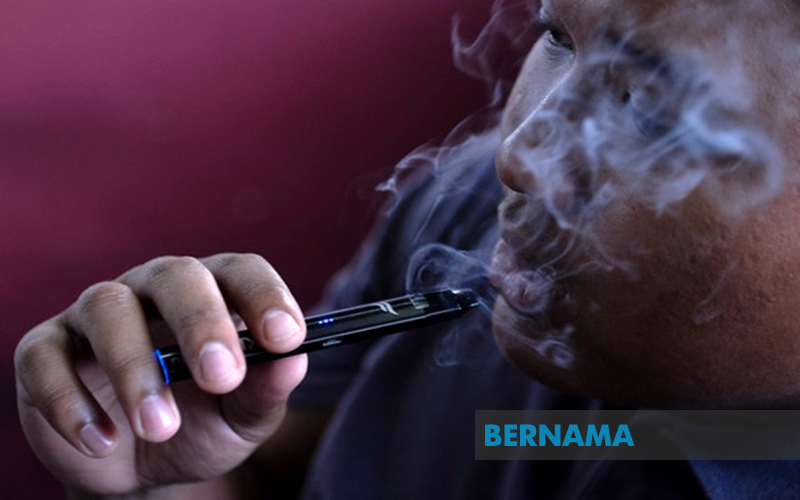 It is compulsory for the sale of electronic cigarettes to be labelled with the composition of the vape juice to ensure that it is not mixed with harmful drugs. Bernama Photo

PUTRAJAYA: The composition of the e-liquid or vape juice and its sale are among aspects taken into account in the drafting of the law to regulate e-cigarettes or vaping.

Deputy Health Minister Dr Lee Boon Chye said this is to ensure the vape juice is not mixed with other chemicals and its sale to be restricted to adults only.

“We want to ensure those aged 18 and below are not exposed to vaping, which eventually leads to addiction and moral decadence.

“Apart from that, it is also compulsory for the sale of electronic cigarettes to be labelled with the composition of the vape juice to ensure that it is not mixed with harmful drugs,” he told Bernama in a special interview.

He said under the existing laws, there are two provisions that regulate the use of nicotine, one of which is under the Poisons Act, where the prescription of nicotine should be done by medical practitioners that are registered with the ministry and other parties are prohibited to sell nicotine.

Dr Lee said the ministry was working with the relevant ministries and agencies, including the Ministry of Domestic Trade and Consumer Affairs (KPDNHEP), the Ministry of Finance and the Royal Malaysia Police in drafting the regulation on vaping.

“As with tobacco cigarette, we also want to enforce the use of vape in open and closed areas such as in restaurants and public parks, as well as take into account its price and tax.

“As it is, we are still in the early stage, with the draft already sent to the Attorney-General’s Chambers, and if everything goes well, it is expected to be ready for tabling in Parliament next year,” he added.

Meanwhile, Dr Lee said so far, there is no evidence to show that a teenage vape smoker who was admitted to the Labuan Nucleus Hospital last Nov 8 was suffering from Evali, a vaping-related lung disease caused by abuse of Vitamin E acetate and tetrahydrocannabinol (THC) products, which are drugs mixed in e-liquids.

“We are still investigating the case on the patient in Labuan and (so far) there is no indication that he has Evali.

“However, in Malaysia, the vape juice is not found to contain any harmful drugs other than nicotine, but investigation is being carried out to avoid the disease among vape users in the country,” he added.

The mysterious lung disease, which has been given the code name EVALI, is said to have caused 39 deaths involving vape users in the United States. – AFP