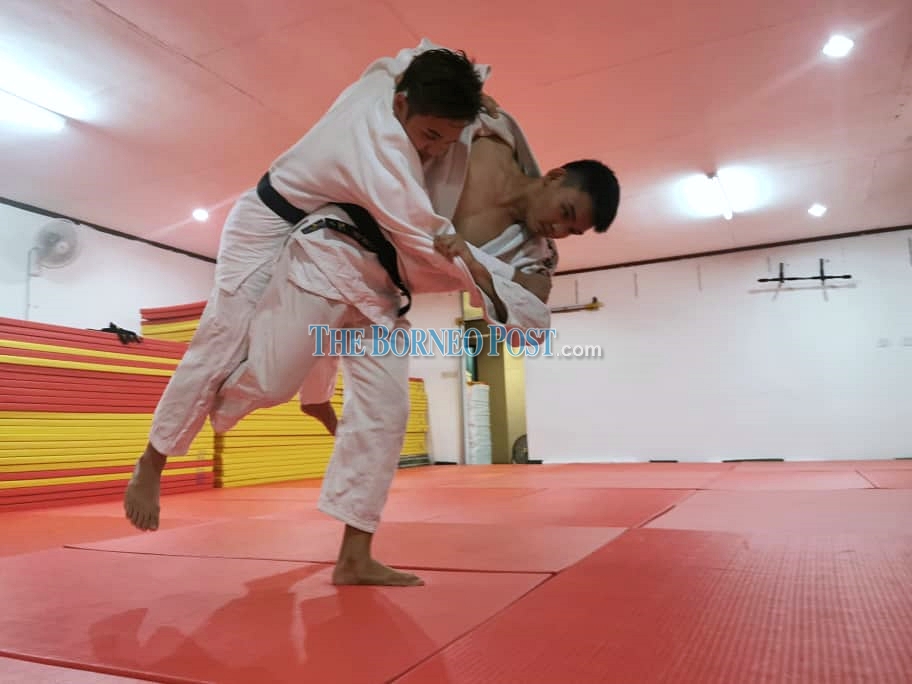 In his debut in the Kuala Lumpur SEA Games two years ago, Brenton competed in the Men’s Individual 81kg, lost in the semi-finals and finished fifth after also losing in the repechage.

“Yes, I am hoping to win my first SEA Games medal in the Philippines this time. I will be participating in the Men’s Team 81kg event.

“Malaysia has a great chance of bagging a medal in this event but we need to overcome the challenge of the strong teams like Indonesia, Thailand and the Philippines, while Vietnam cannot be taken lightly too,” he pointed out.

“I hope to win all of my matches to give the Malaysian team valuable points and hopefully we can finish among the top three teams,” said Brenton.

In the team event which is being introduced for the first time in SEA Games history, five judokas from each country will challenge each other.

The team that comes out on top in the best of three matches will be declared the winner.

Brenton, 26, took up judo as a co-curriculum subject while he was studying at Chung Hua Middle School No. 1, Kuching when he was 13-years-old.

Brenton won the bronze medal in the same weight at Sukma Melaka in 2010 and gold in the Sukma XV, Sukma XVI and the Terengganu International Open in 2017.

While pursuing his Masters degree in Sports Health Science at the University of Taipei, he also participated in the Taipei Open but was unable to advance to the final stages.

He has also participated in the Penang International Open last year when he bagged the silver medal in the Men’s 81kg category.

Appointed as a judo coach by the Sarawak State Sports Council (MSNS) in May this year, Brenton is committed to grooming potential medalists for the Johor Sukma games next year.

“I am training at the Persatuan Judo Sarawak (PJS) dojo in preparation for the SEA Games and I would like to extend my thanks and appreciation to PJS president Francis Chan and deputy president Alvin Lau, Nyam Sze Yung and MSNS for the morale and financial support.

“Thank you too to my grandmother, uncle, relatives and friends who have been so supportive of me,” added Brenton.

He will be flying off to Kuala Lumpur to join the Malaysian team which comprises five male and five female judokas before taking the flight to Manila.