Monday, May 25
You are at:Home»Health & Environment»Destigmatising HIV: Prevention, early treatment key to helping those affected by disease 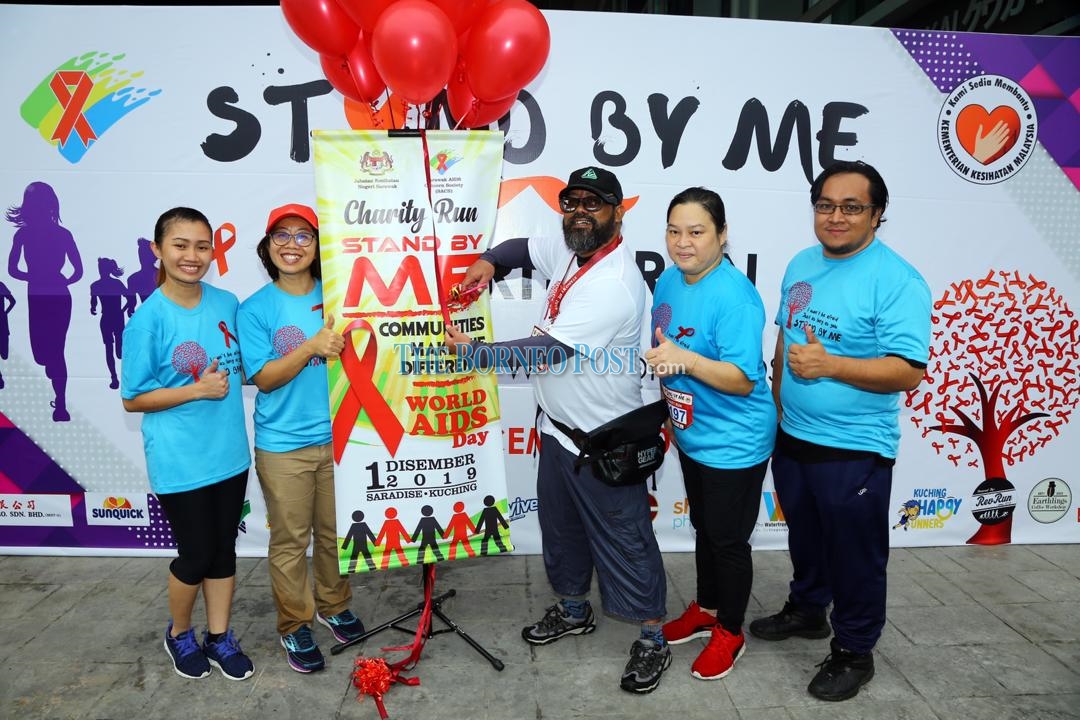 KUCHING: With the number of Human Immunodeficiency Virus (HIV) cases on the rise, it is imperative that more awareness is raised to encourage early initiation of treatment and prevention, said Kuching health officer Dr Azlee Ayub.

Dr Azlee added that early detection and initiation of treatment would allow people living with HIV to lead relatively normal and productive lives.

“In the Kuching division, HIV mostly affects the male population in the age range of 20 to 40-years-old, and the number of reported HIV cases are gradually increasing.

“Early detection and initiation of treatment can control HIV disease progression, prolong life expectancy and help prevent transmission of HIV to intimate partners, allowing people living with HIV to lead normal and productive lives,” Dr Azlee divulged in his speech during the launching of the ‘Stand By Me’ Charity Run earlier today at Saradise.

He added that the run, which was organised by the Sarawak AIDS (Acquired Immunodeficiency Syndrome) Concern Society (SACS) in collaboration with the Sarawak Health Department, hoped to destigmatise the disease and accept people living with HIV with an open mind.

“We must understand that HIV is not a dirty disease, hence there is no reason to avoid and discriminate people who are living with, or affected by, HIV. Our acceptance gives them the support and confidence in acquiring the appropriate treatment.

“Previously, people living with HIV could only obtain treatment in hospitals, but now the treatment has also been delegated to primary healthcare facilities such as polyclinics with Family Medicine Specialists, making it easier for patients to get treatment. With the proper treatment, they can lead a normal life,” Dr Azlee said.

He also noted that the misconceptions surrounding HIV could lead to poor understanding and improper messages circulating among the community, making awareness important in allowing those living with or affected by HIV to lead normal lives.

“The HIV virus cannot survive outside the human body, such as on the skin, clothes, in the air or water, and HIV is not transmitted through kissing, shaking hands, hugging, sharing food or utensils or sharing public amenities such as swimming pools and toilets.

The ‘Stand By Me’ charity run, which was divided into 3km and 7km categories, saw as many as 450 participants come together despite the rain to raise awareness on HIV and AIDS.

SACS is a non-profit organisation that conducts advocacy work specifically relaterd to HIV or AIDS in Sarawak, and was formed in 1998 with the intent to educate the public about the facts and myths regarding HIV and AIDS as well as to reduce the stigma attached to it.

The organisation also aims to promote effective preventative measures in dealing with HIV and AIDS through non-judgemental, non-discriminatory and holistic approaches.