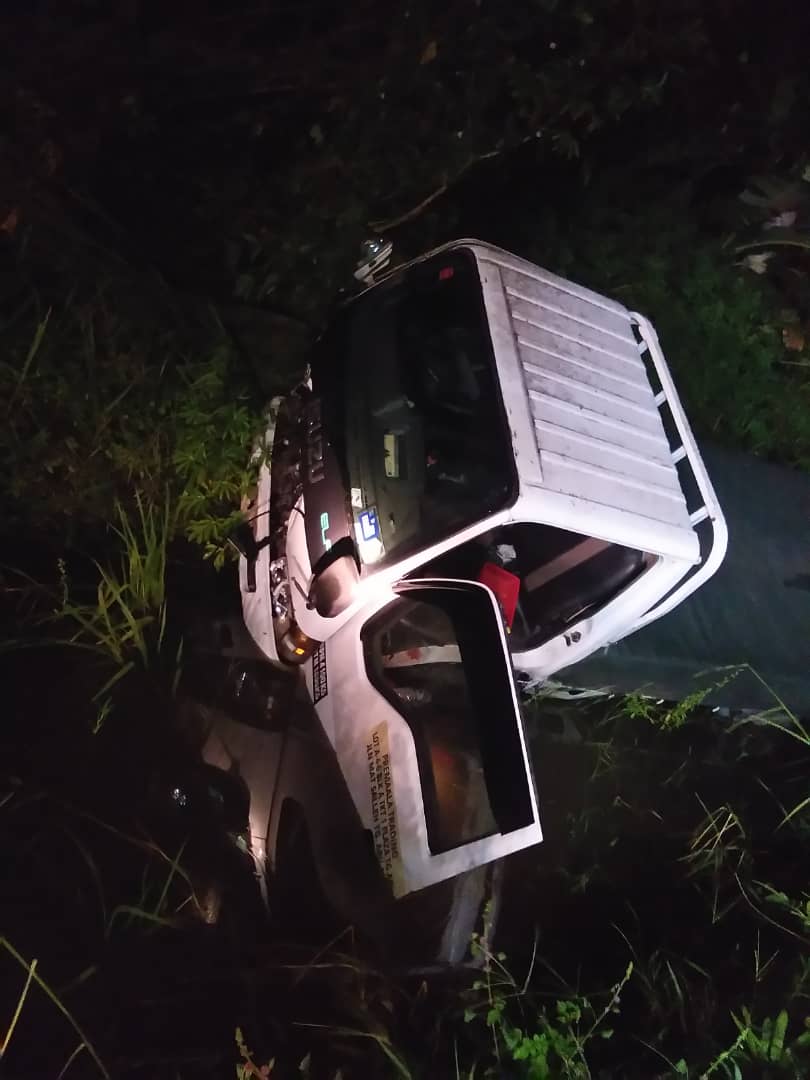 The two-tonne lorry in a ditch at Kampung Rampaian Laut in Kota Belud.

KOTA BELUD: A lorry driver sustained leg injuries when he was pinned at the driver’s seat after his two-tonne lorry ended in a ditch at Kampung Rampaian Laut, here on Friday.

Thomas said the driver was believed to have lost control of his vehicle and the two-tonne lorry ended in a ditch.

The driver was pinned in his seat and it took several minutes for the Fire and Rescue personnel to free him.

The 48-year-old driver suffered leg injuries and was immediately taken to the Kota Belud Hospital in an Emergency Medical Rescue Services (EMRS) vehicle.

No other vehicles were involved in the incident and the operation ended at 10.25pm.