Wednesday, January 26
You are at:Home»Features»Raising rabbits for meat 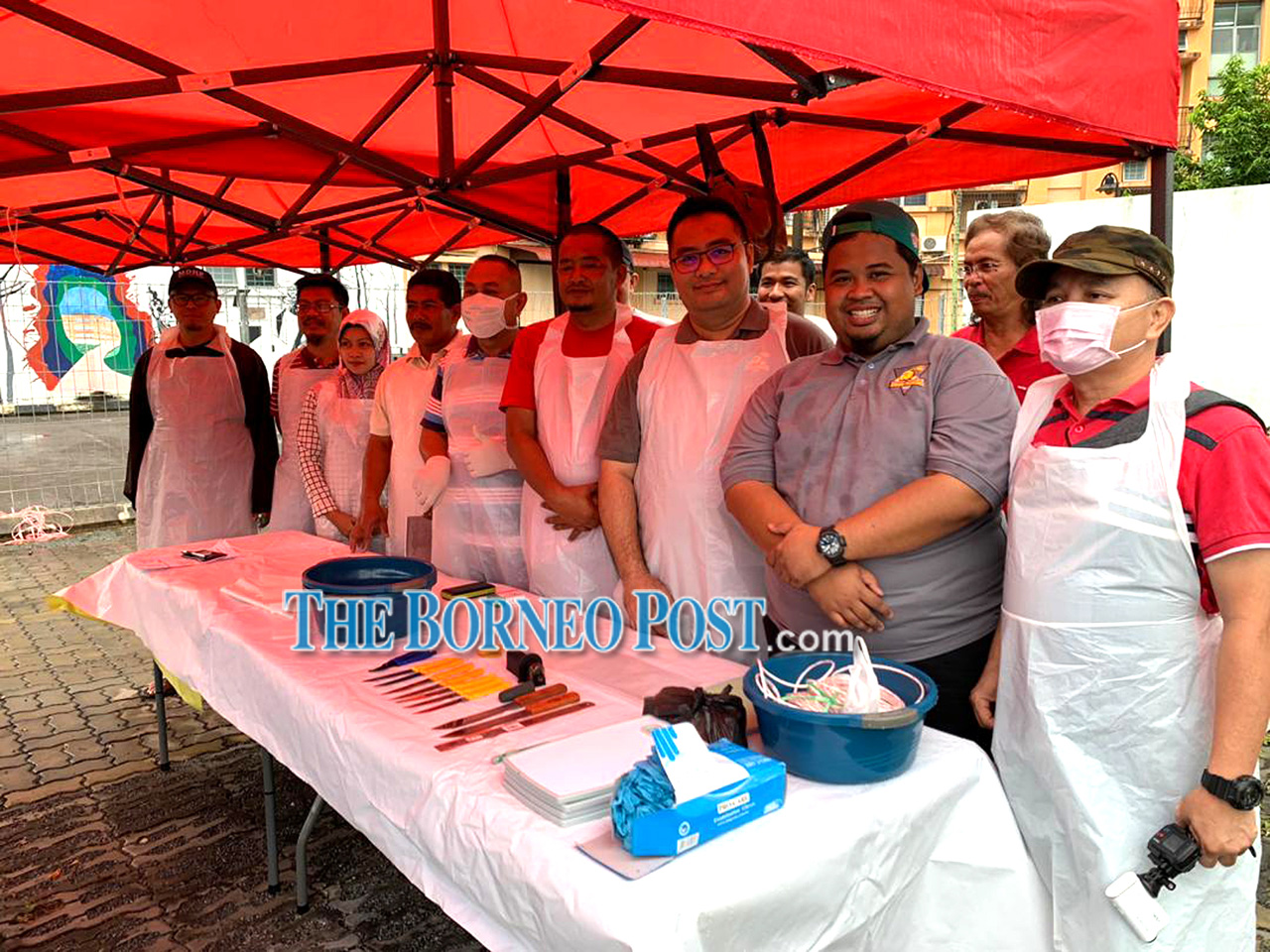 The speakers and participants of the two-day course on meat rabbit farming.

RABBITS are normally kept as pets but nowadays, they are also bred for meat.

Together with its high protein content, the meat is also a good source of essential amino acids.

Nearly all bunnies raised for meat are from the species Oryctolagus cuniculus.

According to a study by Dalle Zotto, professor of Animal and Meat Science, Padova University, Italy, rabbit meat is comparatively the richest in lysine, sulphur-containing amino acids, threonine, valine, isoleucine, leucine, and phenylalanine.

Rabbits are easy to breed, multiply fast, and some of their parts which are not edible can also generate income. Their droppings can be turned into fertiliser, while their skins and bones for making crafts and fabrics.

A participant holds a mature meat rabbit during the two-day-course.

The demand for rabbit meat is on the rise in Miri with wide promotion.

Training officer Nur Fatin Shazwani Ahmad said the course was a continuation of the first series on rabbit farming.

“Participants were exposed to information – both theoretical and practical – on breeding rabbits for meat, including handling meat rabbits and their nutrition, slaughtering, development of downstream products, and entrepreneur development in boosting the meat rabbit industry,” she said. 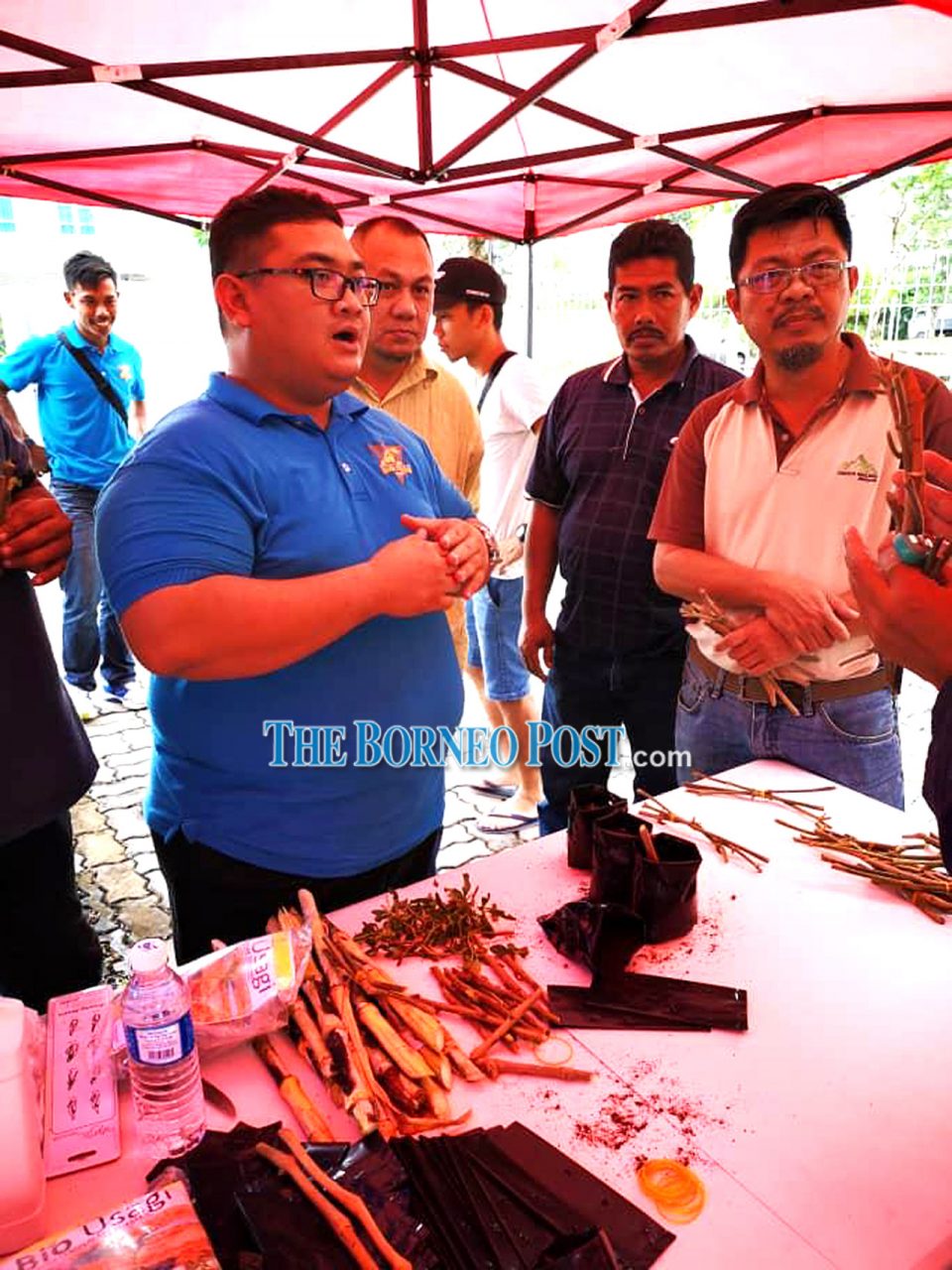 A demonstration on how to make EM (effective microorganisms), prebiotics, and organic insecticide for rabbit farming by a speaker from Koperasi Usahawan Arnab Pedaging Selangor Berhad.

In Sarawak, the price of slaughtered and cleaned rabbit meat is RM48 per kg but prices vary, depending on demand for boneless meat or certain cuts (as requested by restaurants) and others.

Prices will go up with more demand such as during the festive seasons but according to Nur Fatin, the number of people now serving rabbit meat during such occasions is still low.

With vigorous promotions and consistent supply, she said IKM is optimistic rabbit meat could replace chicken, beef, lamb, and other meats during festive seasons.

Meat rabbit ready to be sold.

“Rabbit meat is just like any other meat. In West Malaysia, where the meat is getting popular, it’s usually cooked with soya sauce, curry, and in soup. There are also rabbit satay and meatballs.

“For those preferring western food, there are rabbit chops as well as rabbit burgers, to name a few,” she said.

Nur Fatin said there are no downstream products from rabbit farming yet in Sarawak as the industry is still quite new and many are not aware of the nutritional value of rabbit meat, its taste, and most importantly, where to obtain the supply.

Given this, IKM hopes to organise more courses to attract more breeders to venture into the meat rabbit downstream industry. 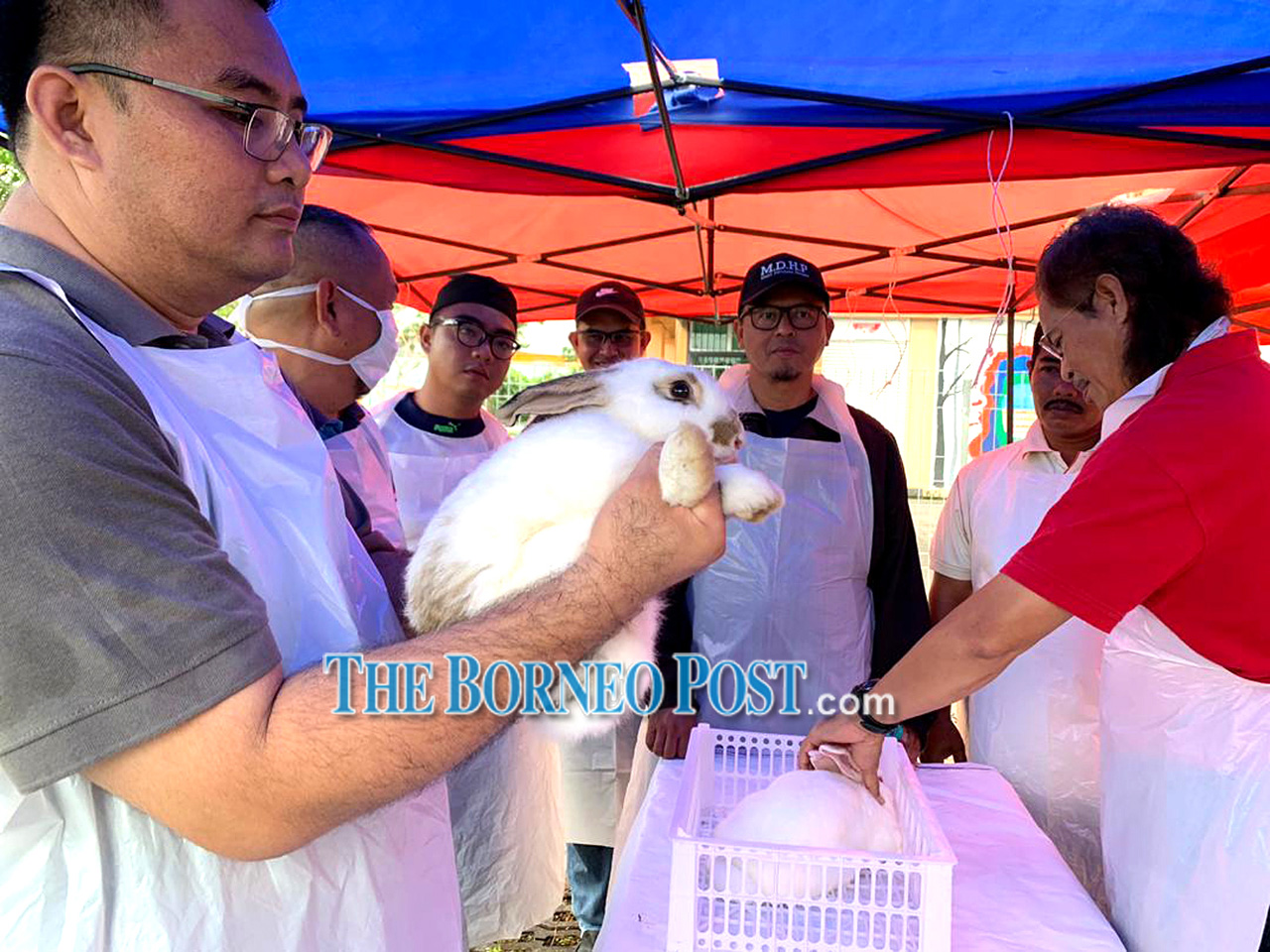 Preparing meat rabbit for the market.

On rabbit farmers and rabbit meat suppliers in Sarawak, she said although the number was still very low, it’s a business with high potential.

“There are only about 10 per cent of rabbit farmers here, including suppliers of live rabbits or their meat. The rest are still looking for a formula to commercialise the farming of meat rabbit.

“So IKM Sarawak has started a platform for existing and potential rabbit farmers by organising courses for entrepreneurs and co-operative members interested in rabbit farming and having the
potential to expand their business.”

From the interest shown by participants during the two-day course, Nur Fatin is confident their involvement can help boost the market for rabbit meat, particularly in terms of supply to meet consumer demand.

“We can see that, overall, the participants’ involvement is very encouraging. Sarawak is known for a variety of exotic food and as such, rabbit meat production can be an industry you can venture into,” she said.

“At the same time, the industry is also seen as being able to generate economic income, especially for entrepreneurs among the co-operative members.” 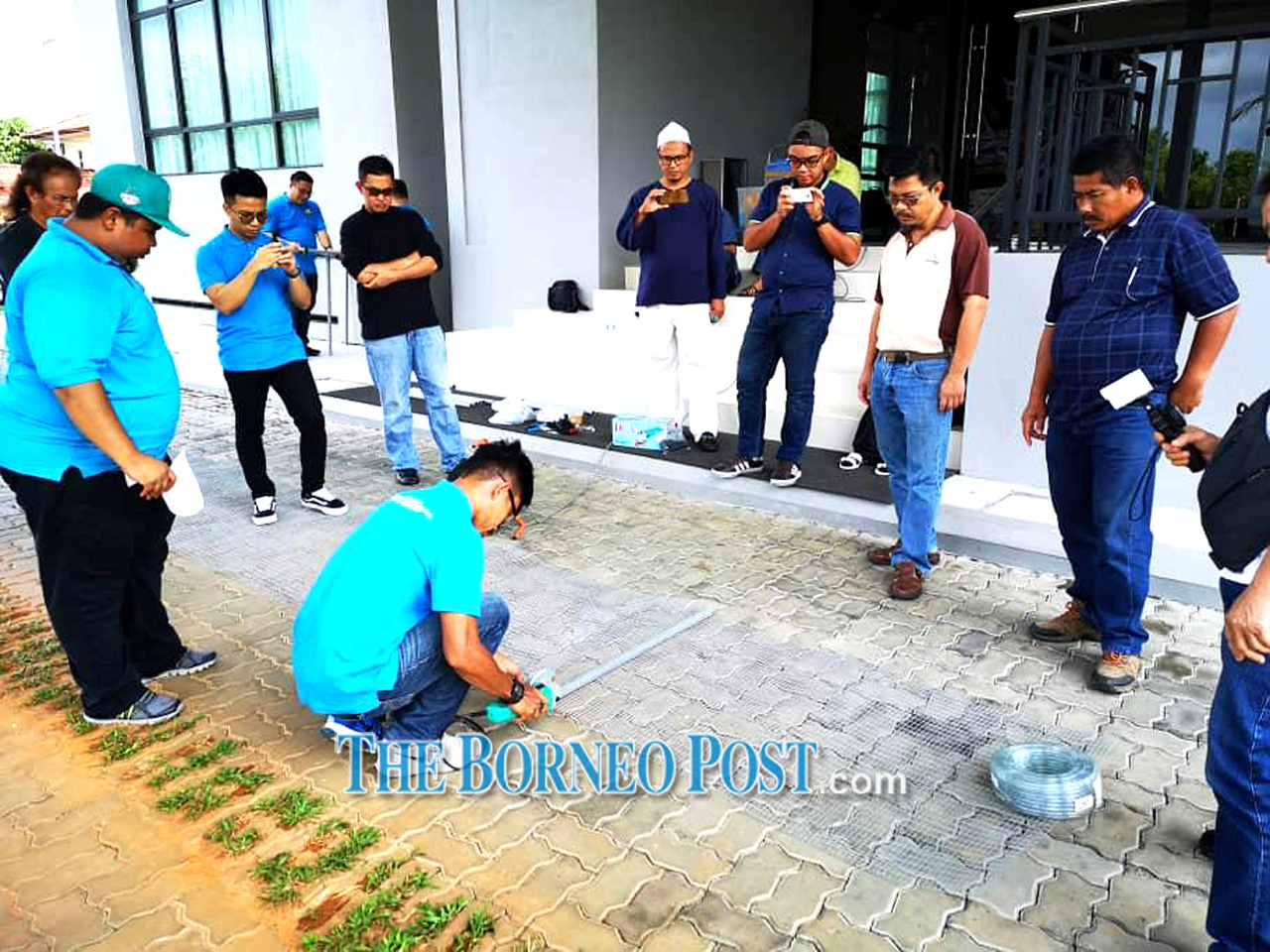 One of the organisers shows participants how to make a cage for commercial rabbit farming.

The courses not only exposed the participants to the potential and marketing opportunities in rabbit farming but also guided them in aspects of preparation such as setting up suitable rabbitry (hutches and cages), and knowing the nutritional value of the meat.

The participants were also taught how to give prebiotics to their rabbits and produce compost and EM (effective microorganisms) or live microorganisms (good bacteria) from mixed cultured bacteria to help inhibit the growth of pathogenic or bad bacteria.

This is to ensure the rabbits are in the best of health to produce quality and nutritious meat.

The two-day course was attended by 11 participants from various co-operatives, rabbit farming industry players, and those looking to venture into the industry.