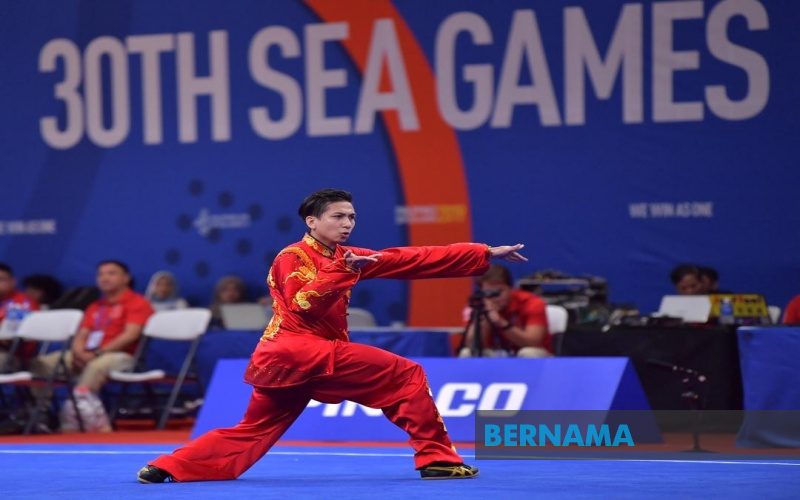 Loh Choon How in action at the 2019 Philippines SEA Games. Bernama Photo

MANILA: Loh Choon How, from the wushu squad, created history for himself when he delivered Malaysia’s first gold medal in the 2019 Philippines SEA Games.

In this 30th edition of the SEA Games which officially opened yesterday, Choon How clinched the all important medal in the men’s taijiquan event at the World Trade Center here just a short while ago,

The 26-year-old collected 9.68 points overall to win the coveted medal.

The silver medal was won by Brunei’s Heng Yu Hosea Wong (9.59 points) while Parantac Daniel from the host nation picked up the bronze after amassing 9.56 points. – Bernama