Monday, May 25
You are at:Home»News»Cuepacs asks Sarawak govt for land to develop housing estate 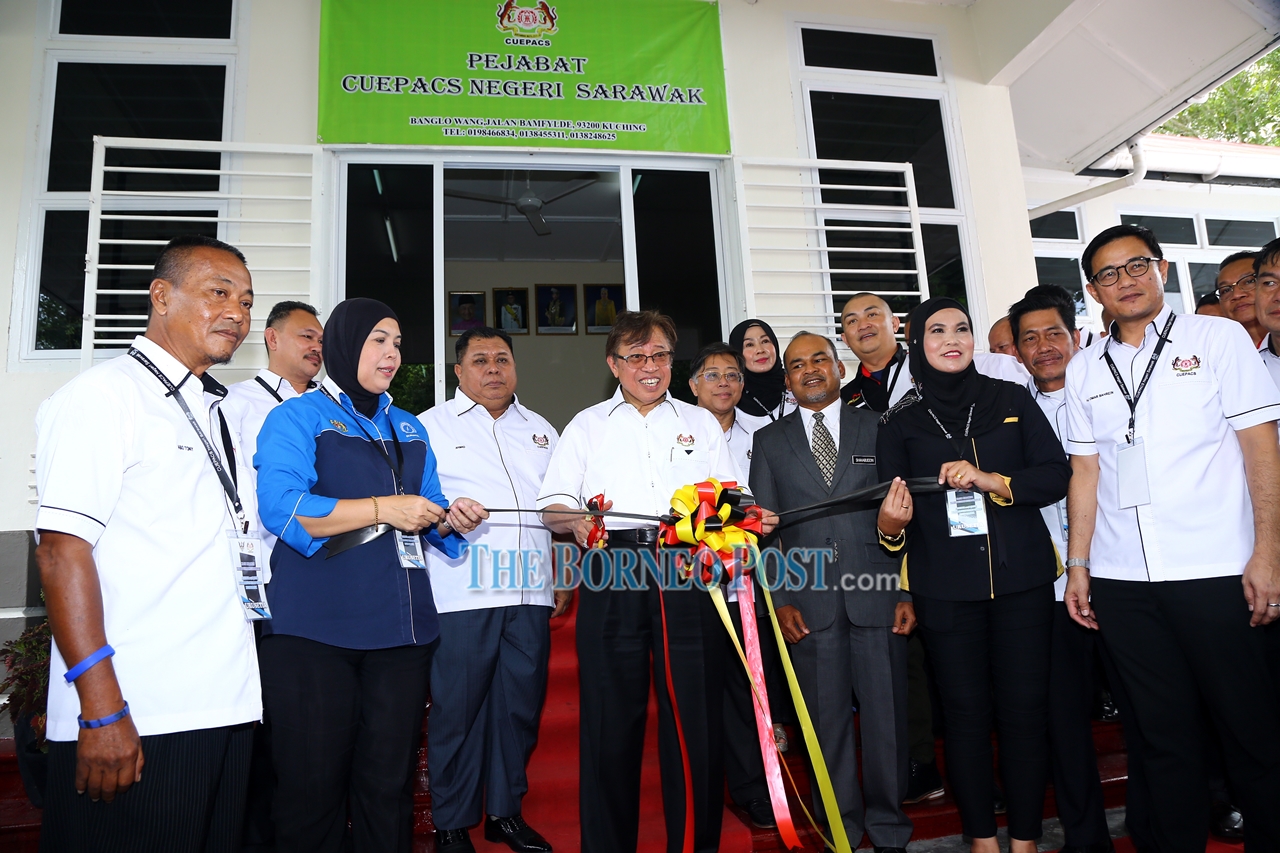 KUCHING: The Sarawak government will consider the Congress of Unions of Employees in the Public and Civil Services (Cuepacs) Sarawak’s request for land for the development of a housing estate, said Datuk Patinggi Abang Johari Tun Openg.

Indicating that the land could be in Lundu or Samarahan, the chief minister, however, asked the organisation to give him time to decide after new roads are built to connect the city to new development areas.

He pointed out that one of the upcoming roads is the proposed Samarahan-Kuching Road, which would link Samarahan through Kampung Tanjung Bako to Petra Jaya via a new bridge near the Borneo Convention Centre Kuching.

“Maybe we can build houses in the areas where we have provided road access. Give me time because the bridge and the road is still in the design stage. It may happen in four to five years, provided I’m still the Chief Minister,” he said at the launch of Cuepacs Sarawak office at Jalan Bampfylde here.

Cuepacs Sarawak president Ahmad Malie had made the request for the land in his speech earlier.

The Chief Minister said new areas in Petra Jaya and along the way to Lundu would also be opened up upon the completion of Rambungan Bridge.

He believed that the Rambungan Bridge would shorten the journey from Kuching to Lundu to less than an hour and it also meant that there could be areas along the road where Cuepacs can develop its proposed ‘Cuepacs Garden’ housing estate.

“The area (Lundu) may be quite far from Kuching but in five to 10 years time we are going to build the autonomous rail transit (ART), which may shorten the travelling time from Kuching to the (new) housing estate to between 40 and 50 minutes,” he said.

Abang Johari told reporters later that he would have discussions with Cuepacs to get further input on their proposal.

He said after the discussion, he would identify the place for the housing estates where state and federal government civil servants can buy the houses.

The chief minister said he could not look into the needs of Cuepacs members only.

“But we will work together. Cuepacs can submit its list for us to consider. But we also have to look at other people, otherwise we are not fair to those who are not in Cuepacs,” he said.

Asked which area he had identified for Cuepacs, he said: “I see first because we want to open up new areas around the new roads that we want to build. When we have created the access, we will develop the area. Let us plan first.”