Tuesday, February 7
You are at:Home»News»Crime»Customs seizes lorry, alcoholic beverages worth RM75,000 in Miri
For the freshest news, join The Borneo Post's Telegram Channel and The Borneo Post on Newswav. 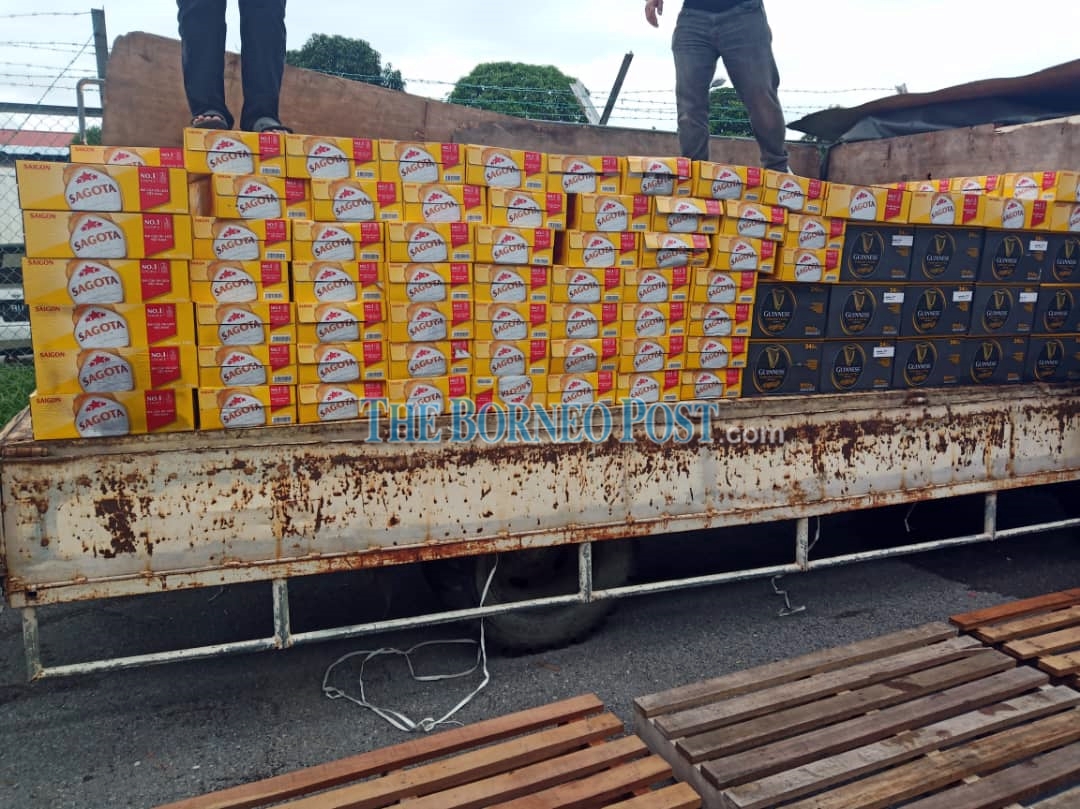 The raiding team checking on the vehicle which is found to have kept contraband alcoholic beverages on Sunday.

MIRI: The Royal Malaysian Customs Department (JKDM) has seized a lorry and 3,140 litres of alcoholic beverages worth about RM75,000 including tax at Jalan Spring, in Lutong, here yesterday.

JKDM Sarawak director Datuk Sharifah Halimah Tuanku Taha said acting on a public tip-off, a team of personnel from the department’s enforcement section detained the lorry which was parked by the roadside at Jalan Spring in Lutong at around 6.15am.

“Upon checking, the raiding team found the alcoholic beverages of various brands suspected to be contraband being kept inside the lorry,” she said in a press statement today.

However, no one was found at the scene during the raid, she added.

Halimah said the lorry was believed to have been used to deliver smuggled goods to the premises in the city.

“The lorry and the beverages have been seized and taken to the enforcement section’s store in Miri for further investigation,” she said.

According to Halimah, the case will be investigated under Section 135(1)(d) of the Customs Act 1967, which provides for a fine 10 times the total value of the goods or RM100,000, or between six months and five years’ jail, or both, if convicted.

JKDM called on the public to channel information on contraband through its toll free line 1-800-888855, http://aduan.customs.gov.my, or any Customs office throughout Sarawak.