Tuesday, January 21
You are at:Home»News»Sabah»Anifah not surprised by Federal Court’s decision 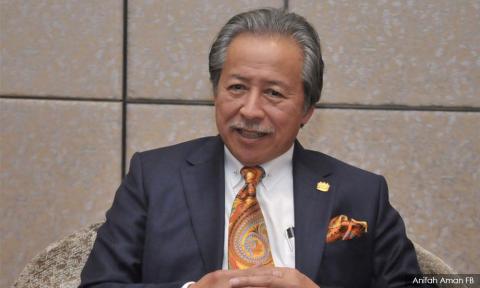 KUALA LUMPUR: The Federal Court’s affirmation of the decision of the Election Court judge to nullify the victory of Datuk Seri Anifah Aman in the Kimanis parliamentary by-election does not surprise the incumbent.

Anifah who won the seat with 11,942 votes in the 14th General Election, beating Datuk Karim Bujang of Parti Warisan Sabah who garnered 11,786 votes and Parti Harapan Rakyat’s Jaafar Ismail who polled 1,300 votes, said that he was however saddened by the decision.

He said in a statement that he was shocked to see the three members of the panel to adjudicate his appeal in court yesterday were the ones who had previously allowed Karim’s appeal on November 18, 2018.

“On my instructions, my counsel Haji Ansari Abdullah had applied for the three judges to recuse themselves from hearing my appeal on three grounds,” he said.

The three grounds were – the three judges had sat in the previous appeal and had therefore formed an opinion on the same election petition and are therefore not neutral; the practice and convention is that no Sabah judges will adjudicate on election petitions filed in Sabah; and that several grounds of the appeal are related to the decision of the previous panel.

Anifah also said that although he had won the allegations against him and were awarded costs of RM105,000  he had to file yesterday’s appeal to defend the decision of the voters in Kimanis.

He nevertheless thanked the Election Commission for supporting his appeal.

With regard to his next course of action, he said that he would return to Kimanis and discuss with his supporters.