Monday, August 10
You are at:Home»News»Car passenger killed in collision with pick-up truck in Miri 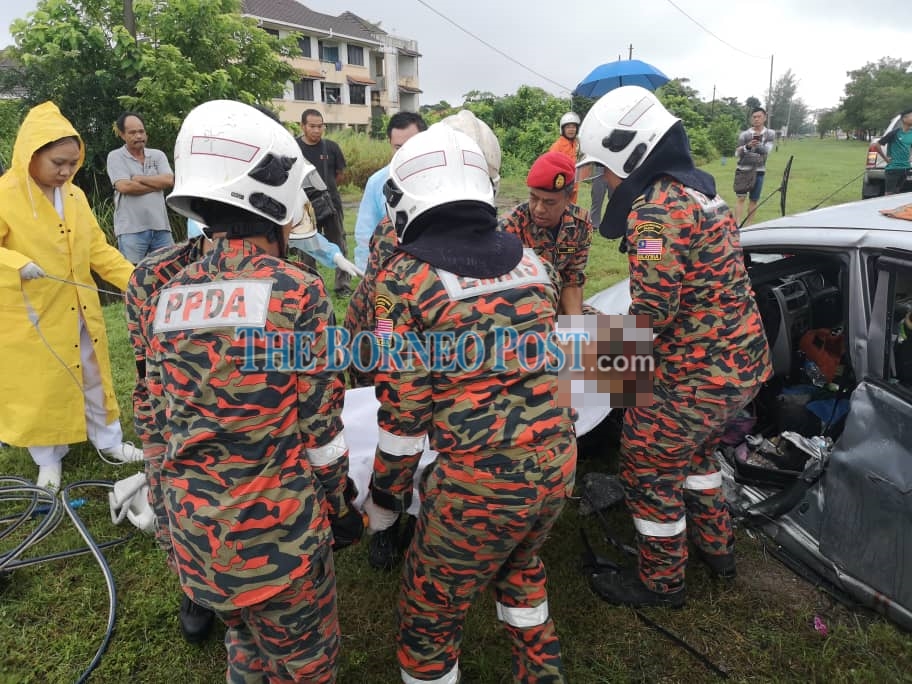 Bomba personnel extricate the victim who was pinned to his car seat.

MIRI: A 69-year-old female passenger was killed after the car she was travelling in with three others collided with a pick-up truck at a traffic light intersection near National Skills Institute (IKBN), here, today.

The deceased has been identified as Chia Moi Moi.

According to sources, the victim, who was sitting at the front passenger seat, was travelling in a Perodua Viva with three others from Permyjaya heading towards their house at Desa Indah, here, while the pick-up truck was coming from Senadin heading towards city centre.

Upon arriving at the traffic light, the driver of the Perodua Viva who was said to be making a right turn into a junction, was suddenly rammed by the oncoming pick-up truck.

Paramedics from Miri Hospital, who rushed to the scene, pronounced the victim dead due to serious injuries.

The driver of the pick-up truck, however, escaped unhurt.