Sunday, November 28
You are at:Home»News»Nation»Health Ministry advises public not to play in floodwater 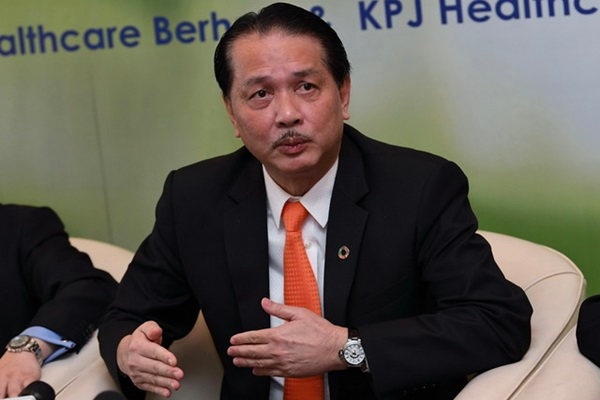 KUALA LUMPUR: The Ministry of Health (MOH) has advised the public to avoid playing in floodwater, especially if they have wounds or skin problems, to avoid the risk of contracting waterborne diseases such as Leptospirosis (rat urine disease) and Melioidosis (Whitmore’s disease).

Its director-general Datuk Dr Noor Hisham Abdullah said people were advised to use personal protective equipment such as rubber boots and rubber gloves during cleaning activities, especially in cases of mud floods.

“To prevent the occurrence of waterborne and foodborne illnesses such as food poisoning, cholera, typhoid, hepatitis A and Acute Gastroenteritis (AGE), people should consume boiled water and hygienic food,” he said in a statement today.

He added that flood victims should seek immediate medical attention at flood relief centres or a nearby health facility if they experienced any symptoms such as fever, stomach ache, vomiting, diarrhea, and cough.

He also advised the public against disposing waste indiscriminately to avoid the risk of spreading diseases.

Dr Noor Hisham said in case of a power outage, people should ensure that food or raw ingredients stored in the refrigerator were not spoilt.

“Be aware of the risk of an electrical shock in the event of a flood, and avoid the use of electrical sockets that have been exposed to floodwater,” he said.

Meanwhile, he said patients with chronic illnesses such as kidney disease who require periodic treatment should plan out their treatment sessions in advance.

“Make sure the supply of medicines is adequate and that they are kept in a safe place to prevent them from being damaged by floodwater. If the medical supply has been cut off or damaged due to flooding, the medical team should be notified immediately,” he said.

Of the total, he said, 21 health facilities could not be accessed, five were flooded, and seven facilities had some flooding outside the premises.

More information on preventive measures to reduce health risks during floods can be found at https://www.infosihat.gov.my/index.php/multimedia/e-magazine/item/flood-2. – Bernama