Tuesday, October 19
You are at:Home»News»Rosli: 75 agencies, companies yet to register their auxiliary police units as Mapa members 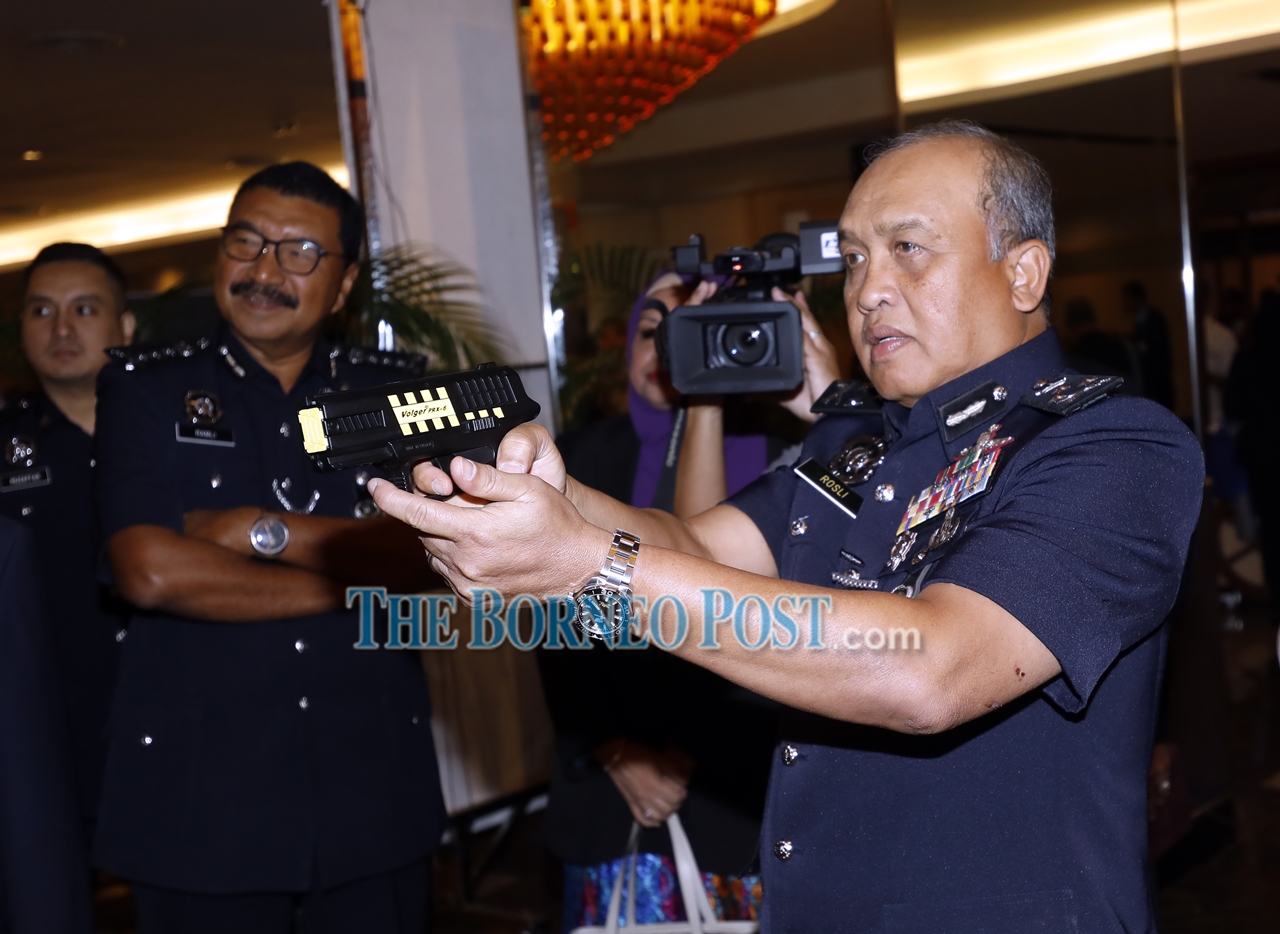 Rosli trying the stun gun that is exhibited during his visit to the exhibition booths. – Photo by Chimon Upon

KUCHING: Agencies and companies that have been granted licence to establish their own auxiliary police units are reminded to register their units as members of Malaysia Auxiliary Police Association (Mapa).

Federal Crime Prevention and Community Security Department (JPKK) director Datuk Seri Rosli Ab. Rahman said there are still 75 more agencies and companies throughout the country that have yet to register their auxiliary police units as members of Mapa.

He noted that there are altogether 256 agencies and corporate organisations nationwide that have been issued with licences to establish their own auxiliary police units.

“As JPKK director, I take this matter very seriously and soon I will issue reminder letters to the 75 agencies and companies for them them to register themselves with Mapa.

“This is because everywhere, we need the associations to mobilise any activity involving big members,” he said at the closing of Mapa’s annual convention here today.

Rosli said when a licence is issued to any agency or organisation to establish its auxiliary police unit, it is a requirement that the agency or company involved must a member of Mapa.

He assured Mapa that he would look this issue, saying if these 75 agencies do not heed to the reminder letter that will be issued by him, it is the JPKK and the Royal Malaysia Police’s responsibility to review the agency or company’s auxiliary police permit or license.

In noting that many of these agencies are large companies, Rosli said the refusal of the 75 agencies and companies to join Mapa is unacceptable because in terms of fees, each organisation is only required to pay a registration fee of RM100 and an annual fee of RM1,000,

He believed with the annual fee, Mapa can carry out more activities for the benefit of its members.