Tuesday, October 19
You are at:Home»News»Sabah»Shafie urges Toyota to open factory in Sabah 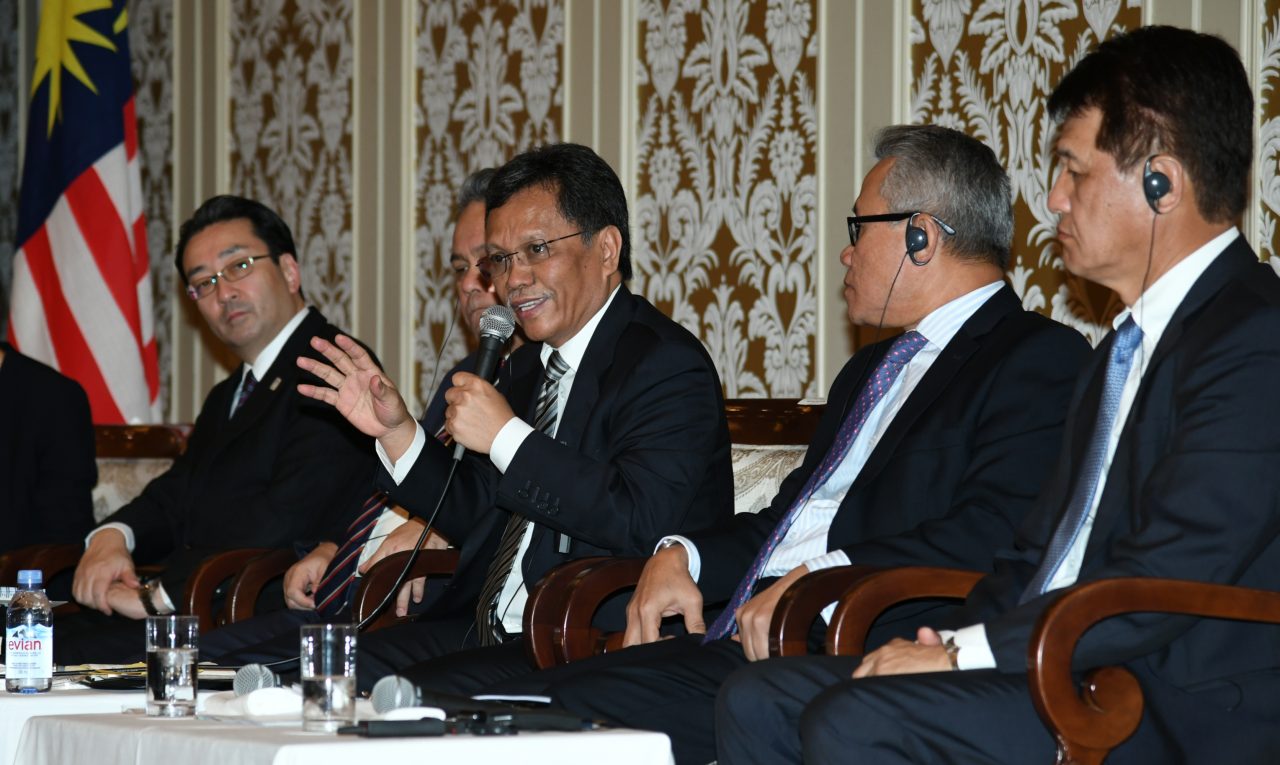 Shafie speaking at the ‘Business Opportunity Seminar in Malaysia’.

He said doing so would strengthen the market of Toyota in Borneo, especially with plans for the Indonesian capital to move from Jakarta to East Kalimantan.

Sabah would also benefit in terms of employment opportunities for locals, as well as economic spillover, he added.

Shafie made the suggestion during his meeting with leaders in the automotive industry, after attending a ‘Business Opportunity Seminar in Malaysia’ in conjunction with its investment mission in Nagoya, Japan.

“We are also users of the cars they produce, but we need to look at the potential for us to benefit from, as certain models exported and released from Toyota are much needed in our country. To ensure its sustainability, we would suggest that cooperation with Toyota be either through assembly or us becoming suppliers in Japan, especially for four-wheel drive vehicles which are greatly needed for road conditions in Sabah, Sarawak and Kalimantan.

“I am sure we have the potential in terms of location and manpower as our youths are skilled to work in the field. We could also provide a location not far from Japan, and the resources we have could cater to their needs in order to produce a win-win outcome,” said Shafie.

Earlier at the seminar, Shafie delivered the keynote address and led a question-and-answer session which lasted over an hour, before 142 businessmen and investors from Japan.

In answering a question, the Chief Minister said among selected fields in Sabah in which to cooperate with companies from Japan included furniture production, as the state has an adequate source of timber.

Although Sabah no longer exports timber, companies from Japan could open up factories in Sabah with the state government’s assurance that timber would be supplied at all times, based on demand.

“I believe Japan imports rubberwood from Malaysia, especially Sabah, and we have 180,000 acres of land planted with rubber trees. The wood could be used to produce furniture and it is clear our industries work closely together, so I hope by opening a factory in Sabah, we could continue to strengthen cooperation,” said Shafie.

He further assured that the state government would provide the facilities and convenience, including faster approval within 24 hours for Japanese companies investing in Sabah, provided necessary conditions are met.

“We have the policies and instruments to approve any investments coming into Sabah in the span of 24 hours, as long as the Environmental Impact Assessment (EIA) and other conditions are abided by,” Shafie elaborated.