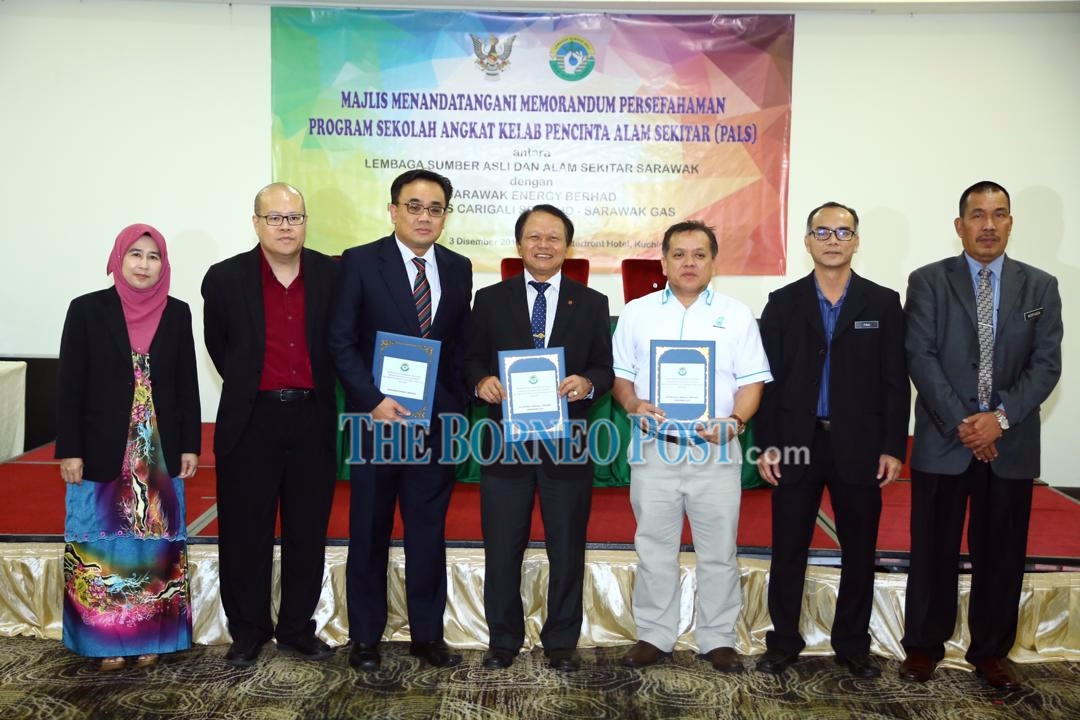 Through this MoU, the two corporations have agreed to provide an annual grant of RM3,000 to six adopted schools for a period of three years to carry out environmental projects or activities at the respective schools.

The MoU documents will be exchanged between the parties tomorrow in a ceremony witnessed by Chief Minister Datuk Patinggi Abang Johari Tun Openg.

Earlier in his speech, Justine said PALS was an environmental education flagship programme introduced by NREB to Sarawak schools in 1999 as a platform for students to obtain environmental knowledge, skills and values through environmental-related activities.

“Participating schools will prepare the proposal on the acitivites and will be given a PALS Launching Grant of RM1,000 for primary schools and RM1,500 for secondary schools.

“However, we found that these schools often faced financial shortage in running PALS and as such NREB has taken the initiative to overcome this by introducing the PALS Adopted Schools Programme for corporate and private sectors to jointly contribute funds to schools of their choice as part of their corporate social environmental responsibility (CSER),” he explained.

There are currently 378 primary and secondary schools in Sarawak implementing PALS.

Justine said since NREB introduced the PALS Adopted Schools Programme in 2016, 14 corporate bodies and companies have adopted 33 schools to date, with a total allocation and commitment of RM241,000 up to the year 2021.

The first MoU was signed last year in Bintulu involving 12 corporate bodies and companies and 27 schools.

Previous ArticleHealth Ministry advises public not to play in floodwater
Next Article Fatimah: Preparations have been made to aid victims affected by floods