Wednesday, September 23
You are at:Home»News»CM assures open tender for bridge projects in Sarawak 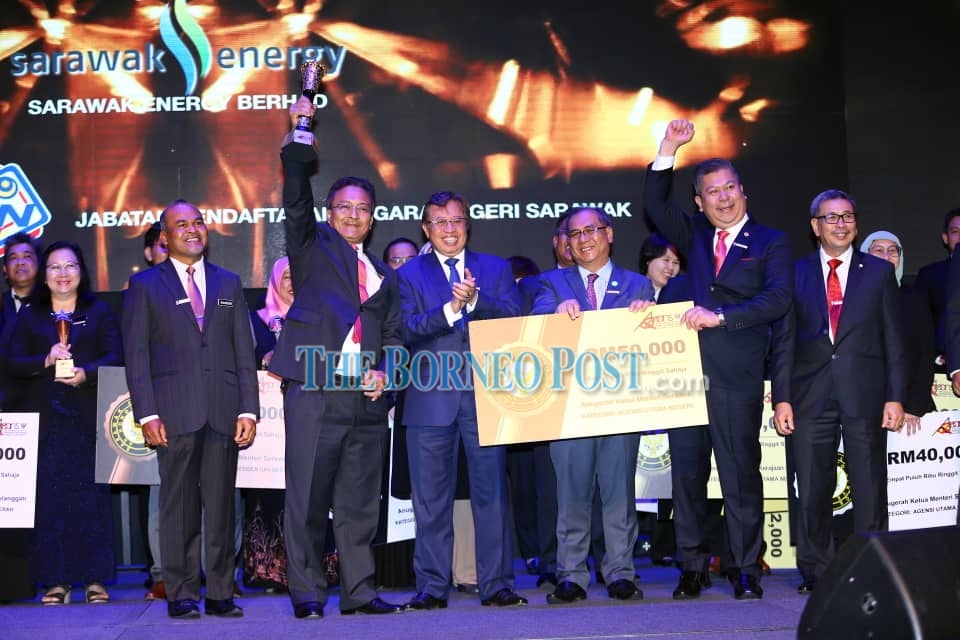 Speaking at the State Civil Service Day 2019 today, he said lobbying of the projects are out of the question, in line with Sarawak government’s quest towards transparency and good governance.

“Soon to be launched are the Batang Saribas bridge, Batang Krian bridge and Batang Paloh bridge. The Batang Lupar bridge costing about a billion ringgit will also be tendered out very soon.

“These bridges are some of the missing links of the coastal highway which is vital for unlocking potentials of our coastal areas, especially for food production,” he said.

Abang Johari said he was also quite happy that a number of the projects have taken off the ground or waiting to be tendered out within these two years since 2018.

“Our integrity goes beyond being non-corrupt or free of abuse of power as the people will also judge our integrity and credibility based on our ability to ensure that the projects we promised are delivered according to the budget and on time.

“Our ability to plan development programmes and run our economy in a structured and forward looking manner should also reflect our integrity as public officials. Civil servants are not just employed to warm their seats or just waiting to be instructed but are expected to help plan and implement development programmes for the benefit of the people.

“Of course, there are problems, technical or otherwise that might crop up during the implementation of projects but we must be adept at troubleshooting and seek expeditious ways to make the necessary rectification and make up for any loss of time,” he said.

On another matter, he said Sarawak is lucky that the Development Bank Sarawak (DBOS) has been set up to provide the alternative source of funding to finance the public infrastructure projects.

“In this connection, DBOS only received a portion of its fund from the government reserve, while the rest include funds from statutory bodies and government-linked companies,” he revealed.

He pointed out the clean bill of health of the state’s financial management for 13 or 14 consecutive years is again testimony to the Sarawak government’s integrity and tactfulness in managing the state’s economy and finance.

“Be that as it may, to run a balanced and forward looking economy one must not forget the fact that the state’s income comprises three important components, namely consumption, savings and investment.

“Therefore, it would only be appropriate that for sustainability when the economy is uncertain public spending has to be injected into the economy through strategic investment so as to ensure positive growth.

“Essentially, the public spending in the government budget through infrastructure development is an investment that will reap long term benefit to the state while at the same time provide impetus for growth,” he said.