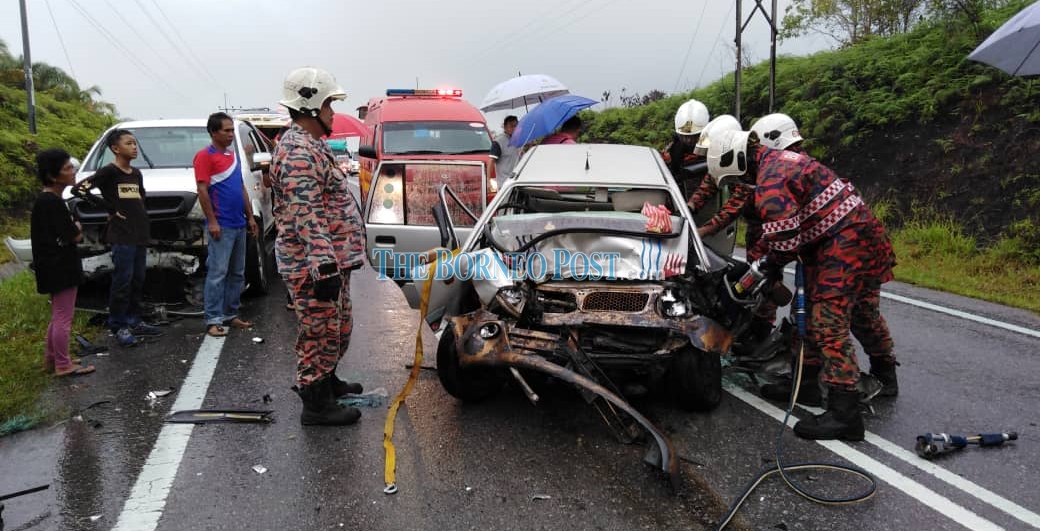 Personnel from Bomba Miri extricating the victims from the car.

MIRI: A couple were seriously injured while their three children escaped with minor injuries when the car they were travelling in collided with a pick-up truck at KM37 Miri-Bintulu coastal road, here, today.

In the 7.30am incident, the victims were heading towards Miri from Niah.

Upon arriving at KM37, it was said that the car collided with the pick-up truck that was driven by a man.

The impact of the collision caused three of the victims in the car to be pinned to their seats.

A team of personnel from Miri Fire and Rescue station (Bomba Miri) rushed to the scene after receiving a distress call on the incident at 7.46am.

The injured victims were later sent to Miri Hospital in two ambulances and an Emergency Medical Rescue Services (EMRS) vehicle.

The driver of the pickup, however, escaped unhurt.

Previous ArticleCM: RM500 special assistance to be given out to federal civil servants in Sarawak
Next Article US House passes Uighur bill urging sanctions on Chinese officials