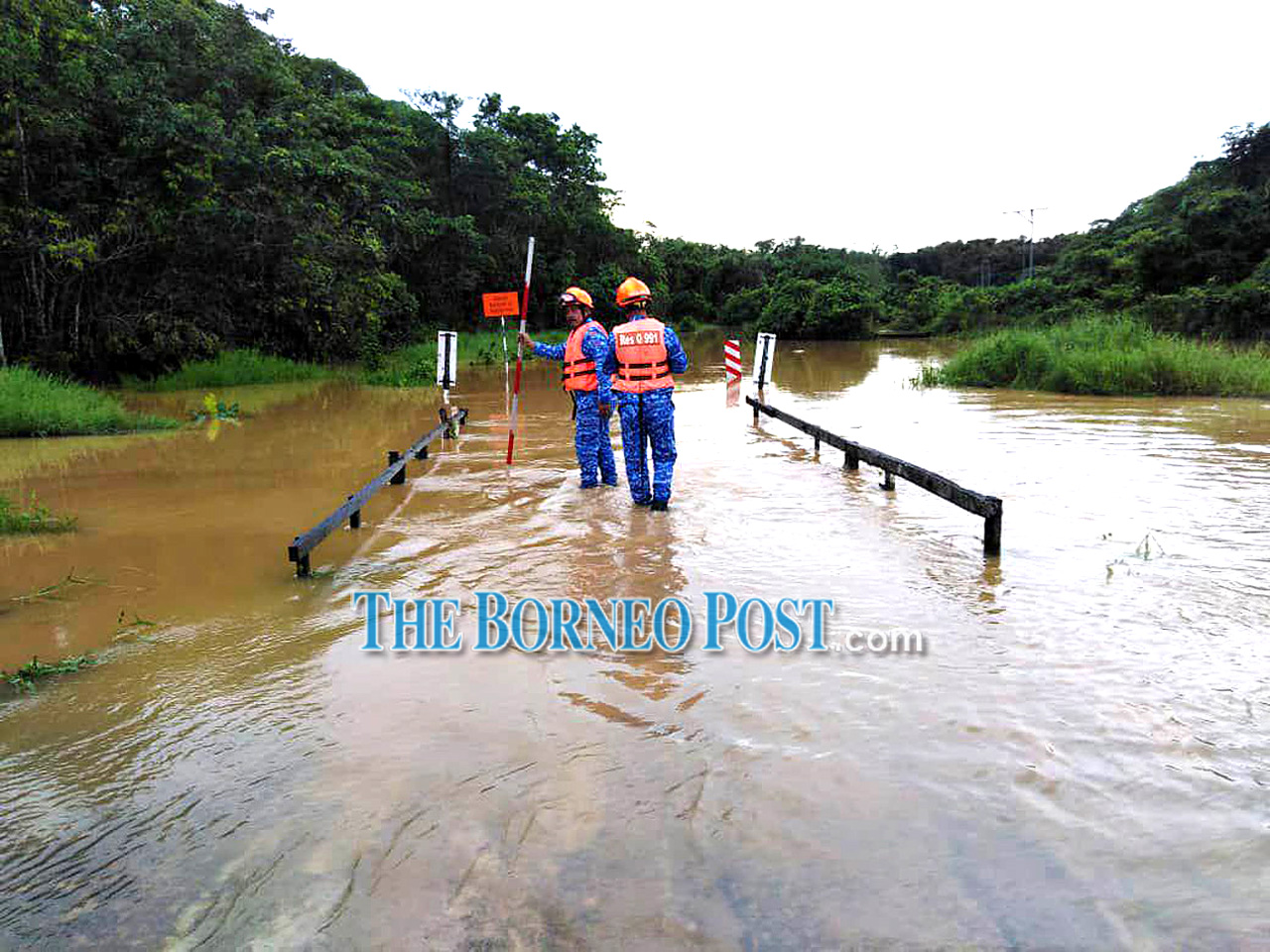 The flooded road to Rh Panjang Kejemut, Skrang and Rh Panjang Tembong, both in Engkilili, is not passable by any vehicle.

MIRI: Miri Division topped the list of flood-hit schools yesterday, with three of the six affected primary schools in the state in Marudi District.

According to the State Disaster Management Committee, as of 3pm yesterday, only SK Merambut in neighbouring Limbang Division was reported to be flooded.

Due to the torrential rain yesterday, the water level at these areas rose to between 0.5m and 1m.

No evacuation was required as all the schools were closed due to year-end holiday.

Meanwhile, the Malaysian Civil Defence Betong branch yesterday said their team which was monitoring the situations in Engkilili area reported that three roads leading to Rh Panjang Kejemut, Skrang and  Rh Panjang Tembong, both in Engkilili were flooded and not passable by any vehicle. 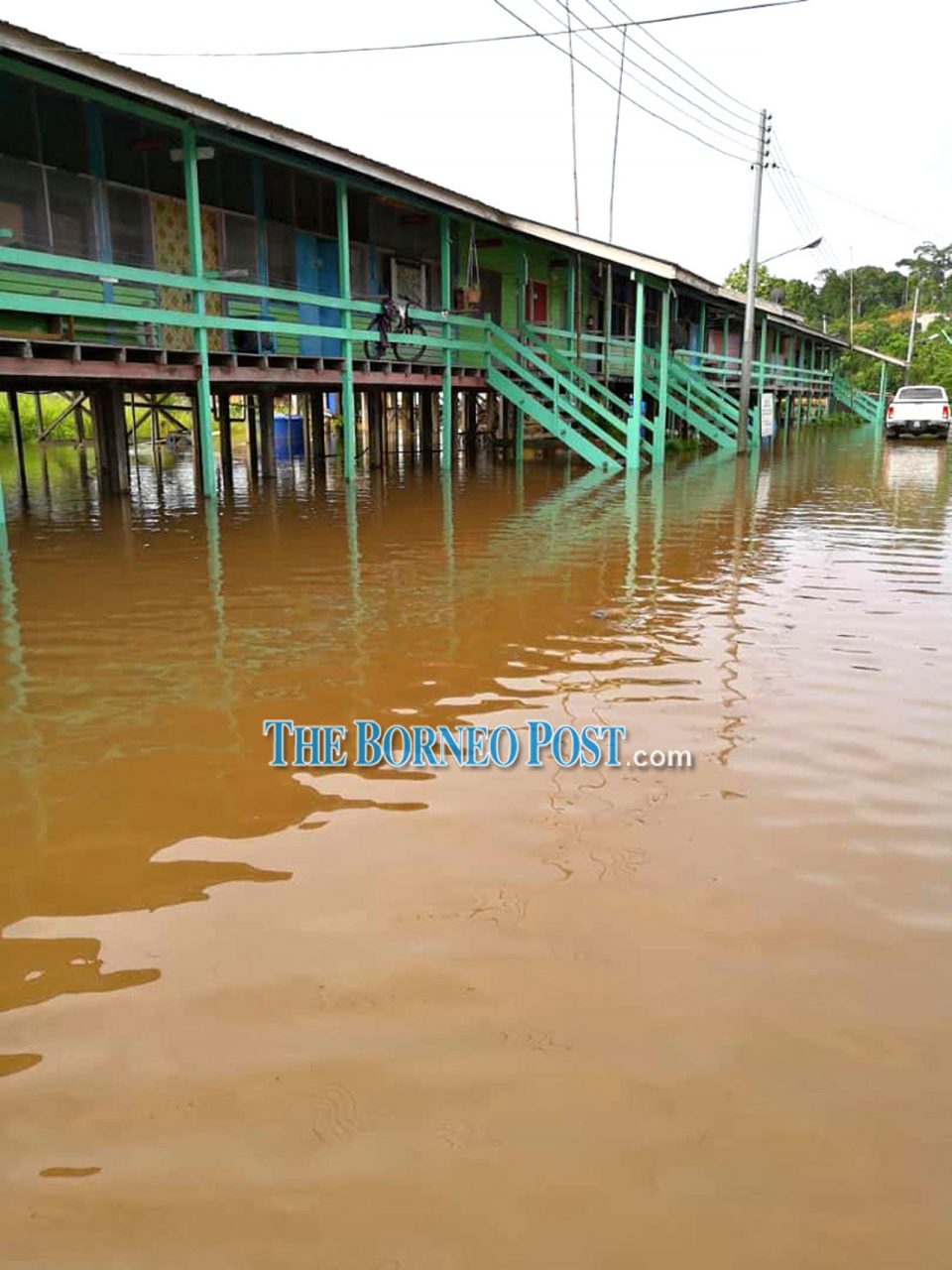 The Malaysia Meteorological Department has alerted that heavy rainfall will be expected from yesterday until December 5 affecting Kuching, Serian, Samarahan, Sri Aman, Betong, Sarikei and Mukah.

The authorities are monitoring the situation and expect more episodes of flooding to occur this monsoon season which started last month.

Over in Marudi, Assistant Minister of Local Government and Housing Datu Dr Penguang Manggil, who is Marudi assemblyman, when contacted, said all the low-lying areas along Batang Tinjar were flooded as expected.

He was in Marudi the day before and as he expected the river burst its banks as the rainy weather continued.

On the state of readiness to face floods in his constituency, Penguang said all the community emergency response teams (CERTs) were ready and well-versed with the standard operating procedure in facing monsoon flood.

Previous ArticleMan! It’s never too late to be a star
Next Article Bill tabled to allow transfer of husband’s EPF saving to wife