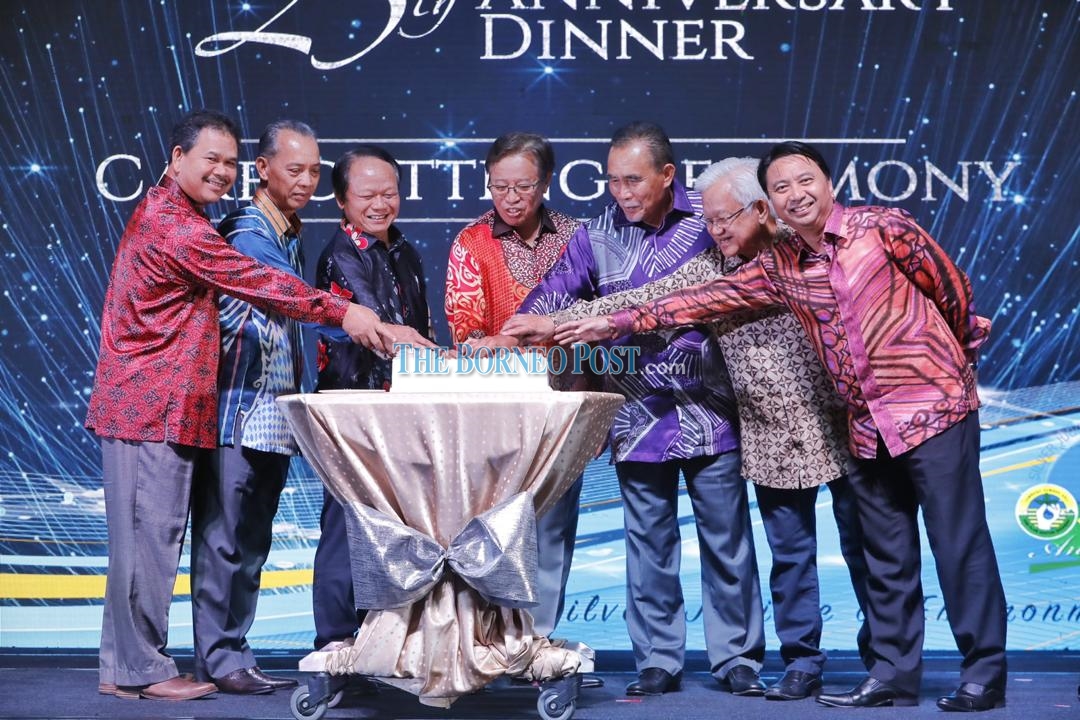 KUCHING: The Sarawak government has to be sensitive and aggressive when it comes to managing the environment of the state, says Chief Minister Datuk Patinggi Abang Johari Tun Openg.

He pointed out that this included striking a balance between the state’s development and conservation.

“We have to play a part in sustainable development where we have to balance our development with the needs to conserve to ensure that our environment is not affected,” he said at the Natural Resources and Environment Board (NREB) Sarawak’s 25th anniversary celebration held at a hotel here last night.

Citing Indonesia as an example, he it had sought advice from foreign countries to implement their environmental policies.

“In Sarawak, we have the power so we can plan our strategic approach on environmental management on our own.

“Only we know what we want,” he stressed.

Abang Johari also touched on the Malaysia Agreement 1963 (MA63) meeting last month where one of the issues discussed was on environmental conservation.

“I want to express my appreciation to the federal government, particularly the Prime Minister, for agreeing to give authority to the state to look after our environment.

“As a result, we amended the Natural Resources and Environment Ordinance 1993 at the State Legislative Assembly (DUN) Sitting last month.”

He noted that the passing of the Natural Resource and Environment Ordinance (Amendment) Bill, 2019 during the Sitting paved way to ensure that the implementation of planned socio-economic transformation projects and development programmes will be carried out in a sustainable manner in line with United Nation’s Sustainable Development Goals (SDGs).

“We want to make sure that the process of looking after our environment is in line with our Environmental Quality Act 1974.

“As a result, the amendment of the ordinance also includes categorising the staff of NREB as public officers and enable them to have the power under the Act to monitor and implement policies as far as the environment is concerned.”

He said NREB will play a very significant role in the next 25 years to ensure that as Sarawak develops, it will also have a very good ecosystem and conserved environment.

“We want Sarawak to be very clean and to become a state where all wastes can recycled and treated,” he remarked.