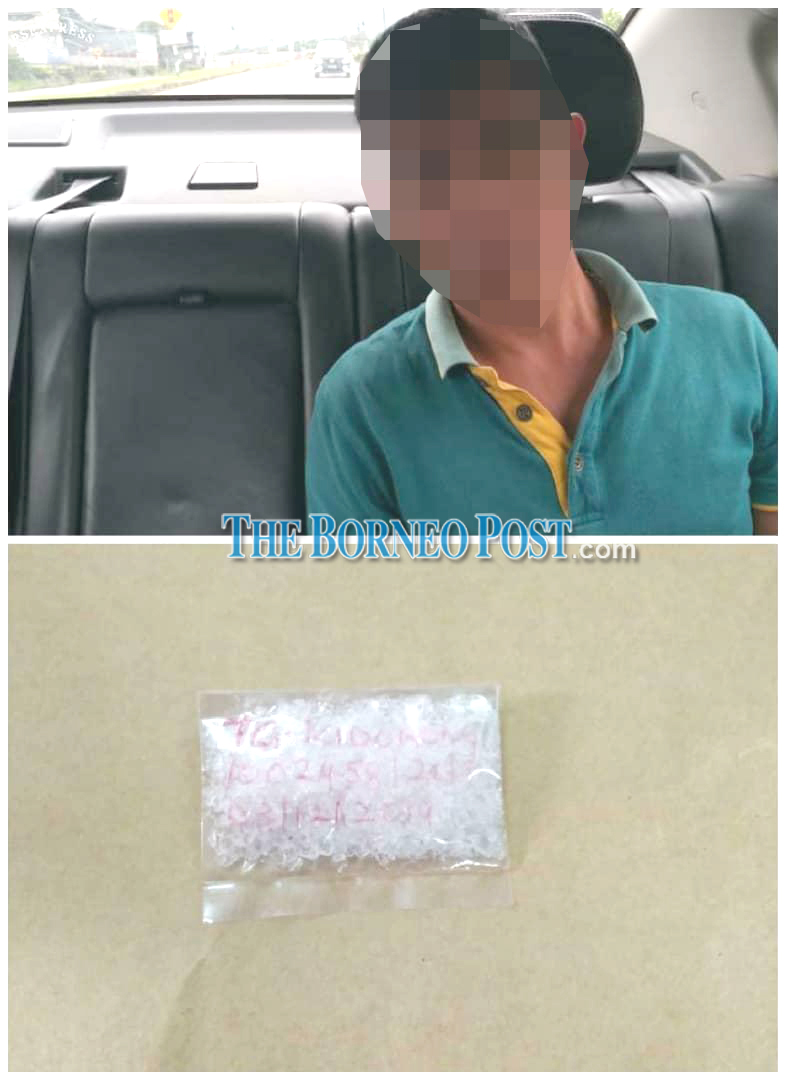 Combination of photos shows the suspect and the suspected methamphetamine.

BINTULU: Police arrested a foreigner on Tuesday for suspected involvement in peddling drugs.

The 35-year-old unemployed man was picked up from a budget hotel here at 9.45am.

“During the raid, there was a man who was acting suspiciously and suspected of being involved in drug pushing activities.

“Upon checking, police found one transparent plastic packet containing 5.3 grams of a crystal-like substance believed to be methamphetamine estimated to be valued at around RM1,000,” said James.

He added the suspect, who tested negative for drugs, has no previous criminal record.

The suspect has been remanded to facilitate the investigation under Section 39A(1) of the Dangerous Drugs Act 1952.