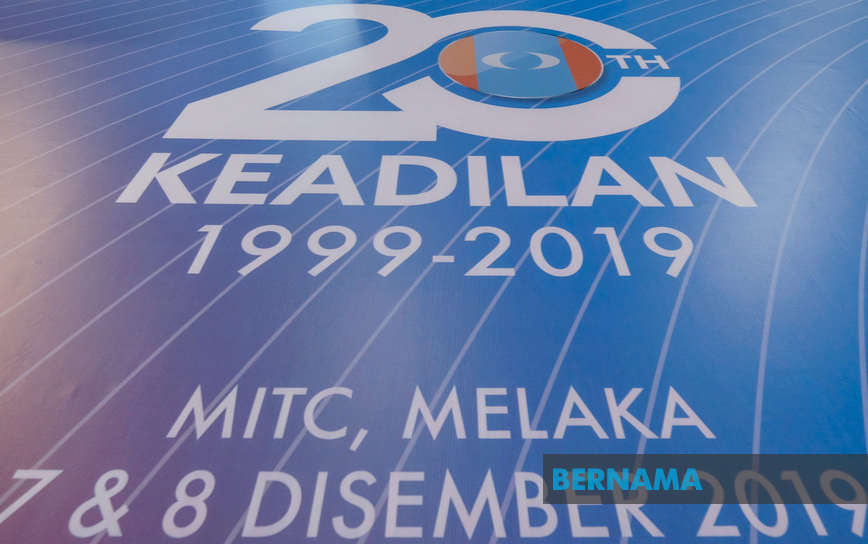 Although there had been elements of ‘uncertainties’ in the party, the leaders of PKR, the government’s dominant political party, seemed to have chosen to put aside their personal agendas. Bernama Photo

KUALA LUMPUR: The 2019 PKR National Congress, which begins in Melaka tomorrow, will be the focus of many, especially political observers, who want to see the the country’s largest multi-racial party resolve the ‘uncertainties’ plaguing from within and move forward towards making its reform agendas in the New Malaysia a reality.

Less than 24 hours before the party’s 14th national congress gets rolling at the Melaka International Trade Centre (MITC), early signs of hatchets about to be buried must certainly be music to the ears of party members who have been calling out for party solidarity.

Although there had been elements of ‘uncertainties’ in the party, the leaders of PKR, the government’s dominant political party, seemed to have chosen to put aside their personal agendas, in order to further support the country’s reform programmes.

Latest developments that came from the party’s political bureau meeting today saw a return to party tradition that put an end to talk of conflicts plaguing the party, this coming after reports stating that Mohamed Azmin was scheduled to officiate the Women’s congress and PKR Advisory Council chairman Datuk Seri Dr Wan Azizah Wan Ismail the youth wing annual meeting.

Ahmad Fahmi said the closing ceremony of the two wings’ conventions would now be officiated by Dr Wan Azizah on Friday.

The congress will also see Datuk Seri Anwar Ibrahim deliver his keynote address on Saturday for the first time as party president after winning uncontested in the party polls last year.

Also on Saturday, Anwar is scheduled to officiate the national congress, which expected to be attended by nearly 3,000 delegates.

A veteran in the country’s reform movement, Anwar ‘returned’ to the party he founded in 1999 after delivering his adjournment speech as PKR’s incoming president in the national congress held in Shah Alam last year.

Following tonight’s meeting with Mohamed Azmin, Anwar also updated his Facebook page with the posting: “InsyaAllah (God willing) Keadilan will be stronger as a result of the discussions with the deputy president. And this will be reflected in the congress on the 6th, 7th and 8th of this month.”

In view of the latest developments in PKR, the 14th national congress is hoped to put a stop to speculation of strained ties between Anwar and Mohamed Azmin, which has sparked tensions between their set of supporters.

Party members, especially at the grassroots level, will be hoping for the national congress this year will provide solutions to those problems, and come up with resolutions that will strengthen the party as the backbone of the Pakatan Harapan government and at the same time, strengthen the country’s administration. – Bernama