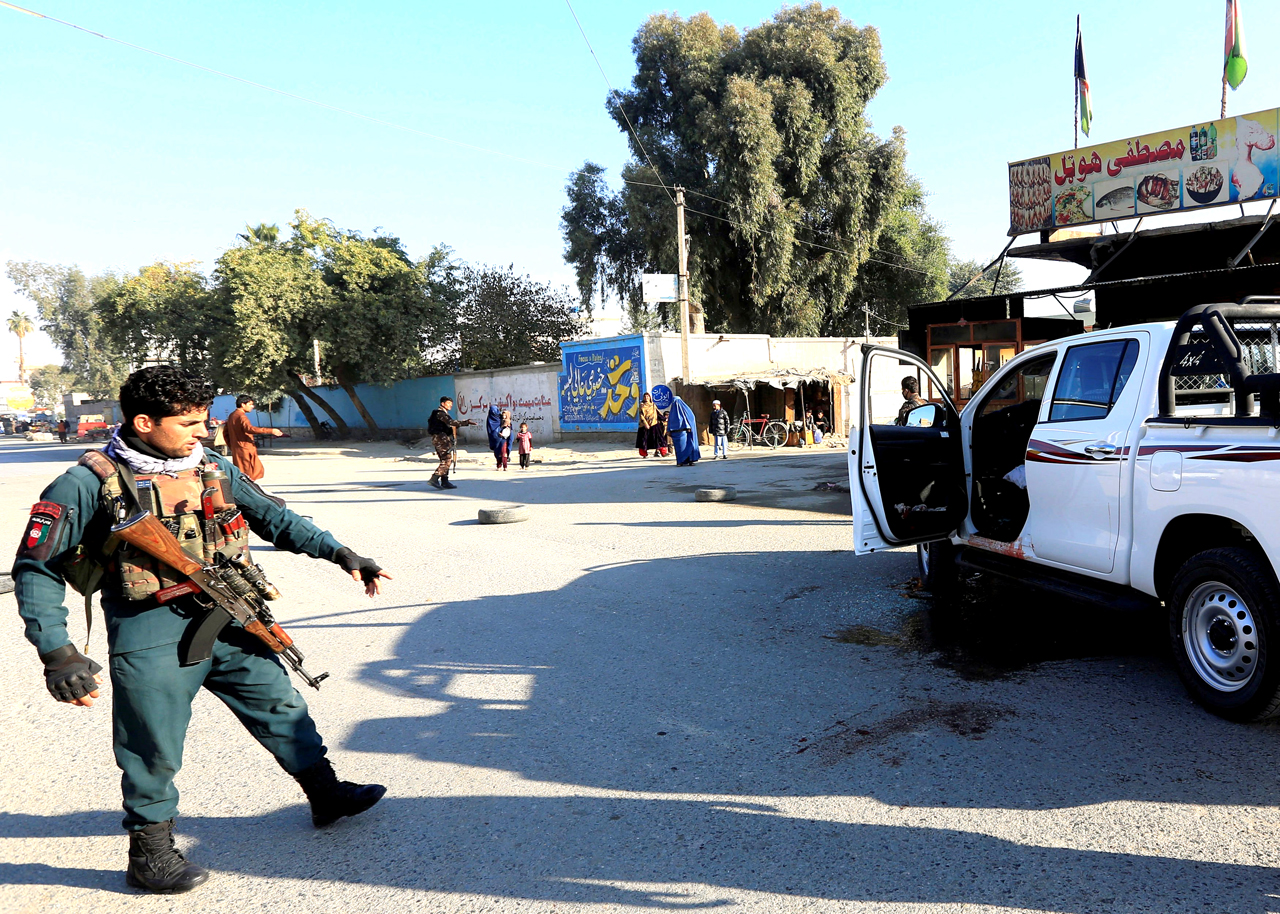 An Afghan policeman inspects the attacked vehicle which was carrying Tetsu in Jalalabad, Afghanistan. — Reuters photo

KABUL: A Japanese doctor who spent decades working in Afghanistan was killed Wednesday along with five Afghans in an attack in the east of the country, officials said.

Tetsu Nakamura, 73, who headed Peace Japan Medical Services — known as Peshawar Kai in Japanese — was shot by gunmen while in a vehicle in Jalalabad in Nangarhar province.

“Sadly, Dr Nakamura has passed away from the wounds he received in the armed attack this morning,” said Attaullah Khogyani, a spokesman for Nangarhar’s governor.

The doctor, well-known in Japan, had been shot on the right side of his chest and was in the process of being transferred to a hospital in Bagram near Kabul when he died at Jalalabad airport, officials said.

The five Afghans killed were three of Nakamura’s security guards, a driver and another colleague, Khogyani said.

The attack comes as humanitarian groups remain on high alert just days after an American aid worker for the UN was killed in a bombing in Kabul.

Mitsuji Fukumoto, an official with Nakamura’s organisation, told reporters in Tokyo that the motive for Wednesday’s attack was unclear.

“We have no idea what was the reason behind the attack, whether it was a simple robbery or whether it was conflict of interest,” Fukumoto told reporters.

Jalalabad resident Auzubillah, who only uses one name, told AFP that he heard shooting at about 8am.

“I saw there were gunmen attacking a Japanese and his security guards,” he said. “Then the gunmen left the area through a small street.”

Photos from the scene showed a white pickup truck with a large cabin. Its side windows appeared to have been shot out, and at least three bullet holes could be seen in the windscreen.

The Taliban denied responsibility for  the attack, saying they have ’good relations’ with organisations that ‘contribute to the reconstruction of Afghanistan’. — AFP