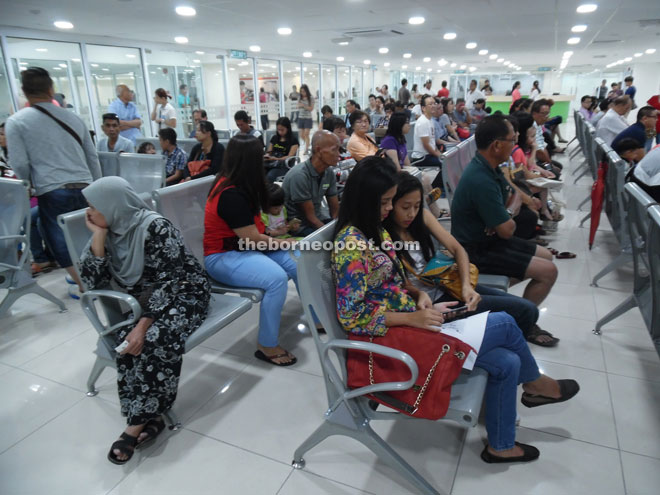 KUCHING: The Congress of Unions of Employees in Public and Civil Services (Cuepacs) Sarawak has welcomed the ‘historic’ RM500 special assistance to be given by the Sarawak government to federal civil servants in the state.

Its chairman Ahmad Malie said Cuepacs members in Sarawak are thankful to Chief Minister Datuk Patinggi Abang Johari Tun Openg for giving the allocation, which will be paid out by June next year.

“The announcement of this good news proves that the Sarawak government under the leadership of Datuk Patinggi Abang Johari is very concerned with the welfare of those working with the federal civil service.

“We in Cuepacs Sarawak hope the federal civil servants will spend the money wisely especially as the special assistance will come during the time we celebrate Hari Raya and Gawai,” he added.

Abang Johari announced the RM500 special assistance during the State Civil Service Day 2019 at Borneo Convention Centre Kuching yesterday, following an earlier request by Cuepacs Sarawak for federal civil servants in the state to also be given bonus by the Sarawak government.

The request by Cuepacs Sarawak was made after the chief minister, when tabling the 2020 State Budget last month, announced that state civil servants would be getting a bonus of two months’ basic salary or minimum RM2,000.

Federal civil servants are due to receive a RM500 year-end bonus as announced by Finance Minister Lim Guan Eng when tabling Budget 2020 in Parliament in October.