Tuesday, October 19
You are at:Home»News»Teen motorcyclist killed after colliding head-on with lorry 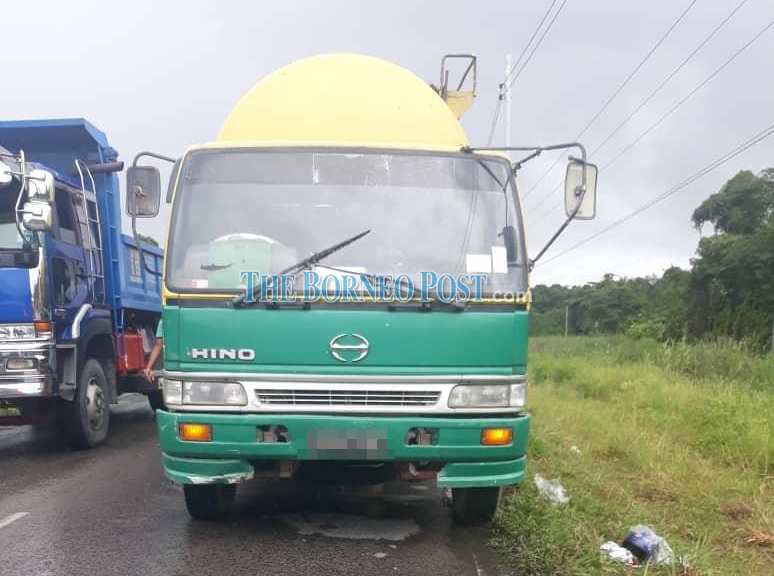 The lorry that was involved in the accident.

KUCHING: A 15-year-old male motorcyclist succumbed to his injuries at the Sarawak General Hospital (SGH) after he was involved in an accident at Jalan Matang at around 1.20pm yesterday.

“The deceased is believed to have lost control of his motorcycle and crashed head-on into a lorry in the opposite lane,” said Alexson in a statement today.

The deceased, who was found motionless underneath the lorry, sustained serious head injuries in the crash.

The 49-year-old lorry driver who was heading to Batu Kawa from Petra Jaya did not sustain any physical injuries.

“This case is being investigated under Section 41(1) of the Road Transport Act 1987,” said Alexson.