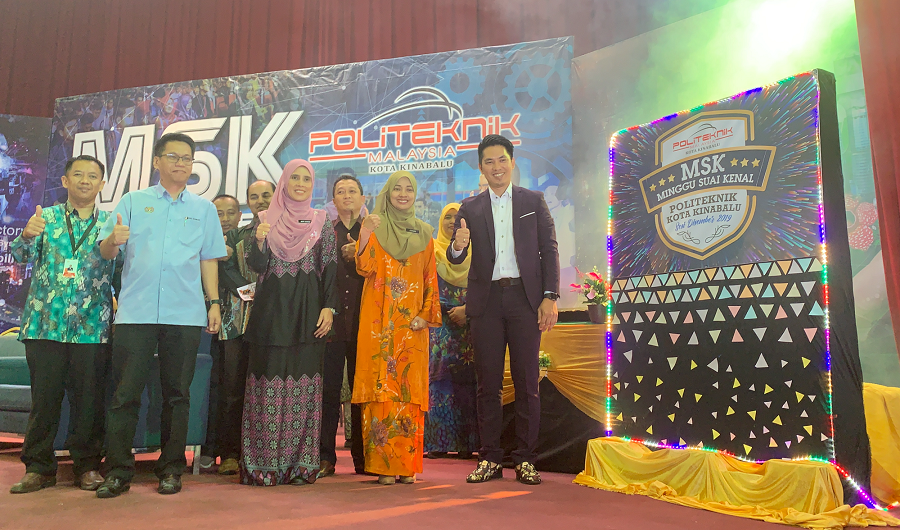 According to PKK director Zainab Othman, the number is expected to increase by the registration closing date in early January 2020.

“The number of students enrolled in this session is 497 and we expect this number to increase further until the January 2020 closing date,” she revealed during the PKK Orientation Week Program Closing Ceremony, which had Trusted Sharks founder and CEO Mohamad Nazri K Hamid as its guest of honor.

Politeknik Malaysia is a leading Technical and vocational education and training (TVET) institution that conducts industry-led educational and training programs with the collaboration of industry players.

It aims to fulfill the needs of employers that prioritize high-quality graduates with academic qualifications.

For the December 2019 session, a total of 15 pre-diploma and diploma programs such as civil, electrical and mechanical engineering programs were offered to 242 female and 255 male students.

A total of 462 students originated from Sabah and the rest came from Labuan, 21, Sarawak, nine, Negeri Sembilan, two, Selangor, two, and Kelantan, one student.

Students enrolling in this session were mainly Bumiputera Sabah, 341, followed by Malays, 94, Chinese, 11, Bumiputera Sarawak, nine, Indians, three and from other races, 39.

The new enrolments are majorly Muslims, 347, followed by Christians, 144, and Buddhists, six.