Friday, August 12
You are at:Home»News»Crime»Murder in Serian: Police hunt for suspects after discovery of body 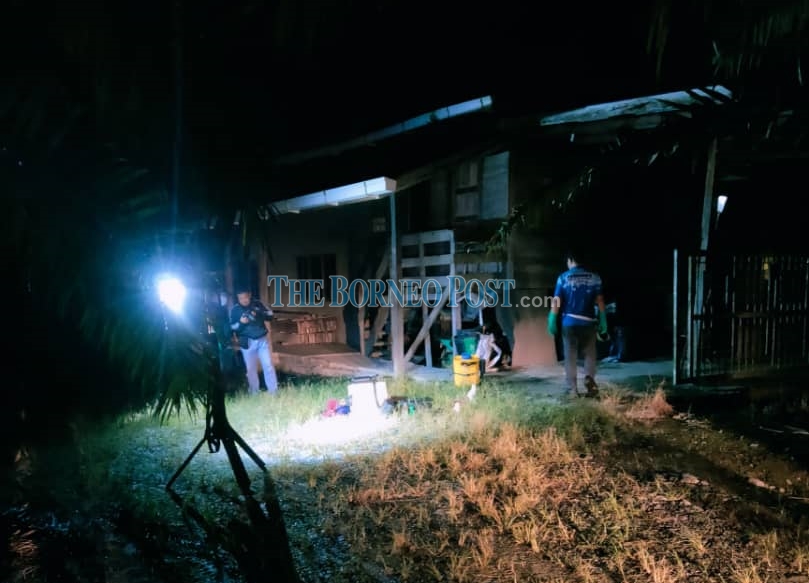 Forensics combing the area for clues at the scene of the murder.

KUCHING: The bloodied body of a man in his 20s has been found by villagers near a farmhouse in an oil palm plantation at Kampung Abit, Serian around 3pm yesterday (Dec 5).

Police have classified the case as a suspected murder, combing the area where the body was found for clues.

Serian district police chief DSP Aswandy Anis, who confirmed the case, said the deceased is believed to be an Indonesian, based on the contents of a sling bag that was found about 10 metres away from where the body was found.

“This case has been classified under Section 302 of the Penal Code for murder,” said Aswandy in a statement today.

The body has since been transferred to Serian Hospital for a postmortem and the police are still determining the motive and the murder suspects.