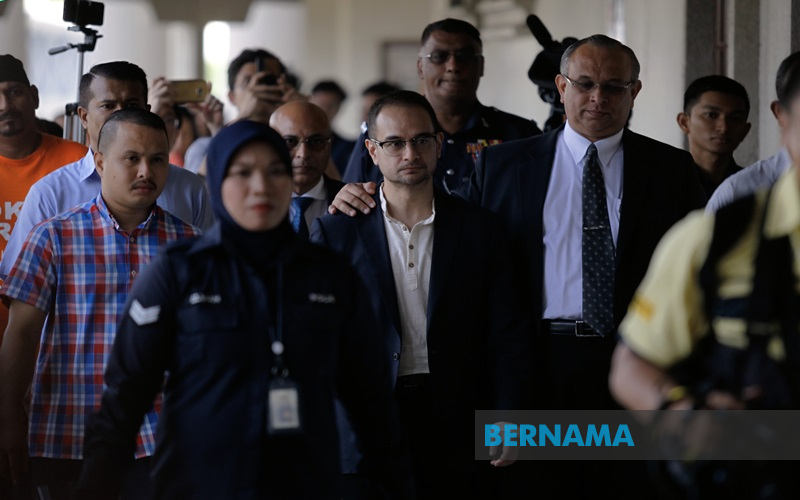 KUALA LUMPUR: Riza Shahriz Abdul Aziz, who is the stepson of former Prime Minister Datuk Seri Najib Tun Razak, has filed a representation to the Attorney-General’s Chambers (AGC) for a review of the money laundering charges, involving US$248 million (RM1.25 billion) which was allegedly misappropriated from 1Malaysia Development Berhad (1MDB), against him.

He said the letter of representation was sent to the AGC last Nov 18.

Following which, he said, the court set Dec 13 for further case management to know the status on the representation.

Meanwhile, Mohamad Mustaffa said the prosecution had to submit several documents related to the case to the defence as required under Section 51A of the Criminal Procedure Code.

“There are several documents to be submitted, and we will also submit the witness list during the case management ( this Dec 13), while the witness statements will be submitted two weeks prior to the hearing,” he added.

On the first charge, the producer of Wolf of The Wall Street was accused of being involved in money laundering proceeds from unlawful activities amounting to US$1,173,104 via a transaction made from an account with the number 11116073 which belonged to Good Star Limited at RBS Coutts, Switzerland to account number 123248291 of City National Bank, Los Angeles, USA belonging to Red Granite Productions Inc.

On the second charge, Riza, who is the son of Datin Seri Rosmah Mansor from her previous marriage, was accused of committing the same offence involving US$9 million via transfers from the same account on Sept 10, 2012, and Oct 10, 2012, at the same premises.

On the third and fourth charges, he was accused of the same offence involving US$133 million and US$60 million in money transfers from account number 81134378 belonging to Aabar Investment PJS Limited, at BSI SA, Lugano, Switzerland to account number 6C02250A at BSI Bank Limited, Singapore belonging to Red Granite Capital Ltd.

On the fifth charge, Riza was accused of committing the same offence amounting to US$45 million at the same venue on Nov 14, 2012.

The charges were framed according to Section 4(1) (a) of the Anti-Money Laundering and Anti-Terrorism Financing Act 2001, which carries a fine not exceeding RM5 million or imprisonment not exceeding five years, or both upon conviction. – Bernama